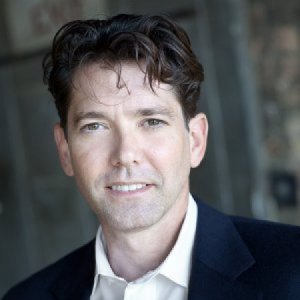 In 2001, Dan was named a Contemplative Practice Fellow of the American Council of Learned Societies, a fellowship that supported his efforts to integrate concepts of universal design and accessibility into meditation. He spent time in Barre, Massachusetts and Rhinebeck, NY while a Contemplative Practice Fellow, studying approaches to self-awareness and self-regulation through forms of meditation. During this time, he also studied approaches to somatic awareness in Napa Valley, exploring ways that would help him integrate self-awareness and self-regulation into community health delivery models. He established the Mindfulness-based Health Program at the University of Arkansas, which promoted behavioral health in the community, particularly for people with disabilities.

Dan’s area of scholarship has focused on disability issues, particularly in transitioning parts of the world. He has been a two-time Fulbright recipient; a Fellow of the Asch Center for the Study of Ethnopolitical Conflict at the University of Pennsylvania; a Research Scholar in the East European Studies program of the Wilson International Center in Washington, D.C.; and a Mary Switzer Distinguished Fellow in Rehabilitation Research with NIDRR/U.S. Department of Education.

Social entrepreneurs and NGOs for people with mental disabilities in post-communist Europe: implications for international policy (2010) Review of Disability Studies: An International Journal

The current status of disability activism and non‐governmental organizations in post‐communist Europe: Preliminary findings based on reports from the field (2008) Disability & Society

The purpose of this study was to conduct qualitative research on the disability rights and independent living movement in post‐communist Central and Eastern Europe (CEE). Specifically, the research focused on the Visegrad Four countries of the Czech Republic, ...

Mindfulness meditation is increasingly recognized as a health promotion practice across many different kinds of settings. Concomitantly, contemplative education is being integrated into colleges and universities in order to enhance learning through reflection and personal insight. The confluence of these trends provides an opportunity to develop experiential curriculum that promotes both health and learning through the teaching of contemplative practices in higher education settings...

Grass roots promotion of community health and human rights for people with disabilities in post-communist Central Europe: A profile of the Slovak Republic (2003) Disability & Society