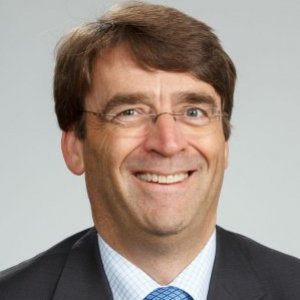 For two decades, Daniel Hoornweg, PhD, travelled the world leading the development of sustainable communities. His global expertise in this area provided a pivotal impact on improving the operation and growth of hundreds of cities by optimizing their flow of materials and energy.

In 2012, Dr. Hoornweg was appointed Associate Professor and Richard Marceau Chair (formerly Jeffrey S. Boyce Research Chair in Natural Gas as a Transportation Fuel) in the Faculty of Energy Systems and Nuclear Science, a natural next step since energy is central to infrastructure and city development, the core of his distinguished career. He currently holds appointments as the Province of Ontario’s Chief Safety and Risk Officer, and Senior Fellow of the Global Cities Institute at the University of Toronto in Ontario. He also authored the book Cities and Sustainability: A new approach.

While serving as an Adjunct Professor with the University of Ontario Institute of Technology for six years, he helped steer the development of more than 300 cities across North America, South America, Africa and Asia as the World Bank’s lead Urban Advisor on Sustainable Cities and Climate Change. From Washington, D.C., he managed more than 50 infrastructure investment projects with $3.5 billion investment. He continues as a fellow with the World Bank’s Sustainable Development Network.

On secondment from the World Bank, he served as Director of International Development at CH2M Hill Consulting in Toronto, where he assisted the firm’s international business program in India and Nepal. Prior to joining the World Bank, he was Solid Waste Manager with the Government of Bermuda’s Ministry of Works and Engineering.

Prior to his impact abroad, Dr. Hoornweg began his career working for local governments on recycling, composting and waste management issues. Fascinated by the ability to affect change at an individual level, as well as city-wide, his motivation for improving communities through waste reduction was spurred by their successes. He held the position of Waste Management Co-ordinator with the City of Guelph, Ontario where he helped launch Canada’s first municipal Green Plan, and introduced the first local government Roundtable on the Economy and Environment. He also served as Recycling Co-ordinator with the Municipality of Peel Ontario; Well-site Engineer for Schlumberger of Canada in Calgary, Alberta; and Well-site Safety Inspector on Lake Erie with the Ontario Ministry of Natural Resources.

Natural Gas as A Transportation Fuel

Reporting directly to the Board of Technical Standards and Safety Authority (TSSA), Dr. Hoornweg is responsible for overseeing TSSA’s provision of public safety. Since 2012, he has served as a public advocate for risk management.

Dr. Hoornweg is a senior fellow with the Global Cities Institute at U of T, which serves to build on the strengths of a rapidly expanding global network of scholars, city leaders, design and planning professionals, key international organizations, foundations and industry innovators dedicated to securing a better future for cities.

As lead author, Dr. Hoornweg published the World Bank’s Cities and Climate Change: An Urgent Agenda, a two-volume report summarizing the 2010 Marseille Research Symposium that brought together more than 700 researchers, 300 research papers, and more than 50 private sector participants worldwide. The conference and published report had a significant influence in moving the World Bank and its member countries toward a more aggressive response to climate change, mitigation and adaptation.

Dr. Hoornweg is a board member of the WDO, which provides oversight for the development, implementation, and operation of diversion programs for waste designated by the Minister of the Environment.

Dr. Hoornweg’s study, ‘Exploring Alternative Transportation Options in the Greater Toronto Area: Electric and Natural Gas Vehicles’ concludes that a long-term approach focusing on clean and affordable solutions is feasible with the use of electric-powered personal vehicles and natural gas-powered buses and heavy-duty trucks.

What makes a resilient city?

Some cities have an advantage over others when it comes to today’s natural disasters and planning for climate resilience.

Dr. Hoornweg's research involves exploring ways to optimize the use of natural gas as a transportation fuel in reducing greenhouse gas emissions and noise pollution, lowering fuel costs, and providing higher reliability. His research aims to improve public policy, and enhance the design of equipment and systems for providing compressed natural gas (CNG) and/or liquefied natural gas (LNG) to the transportation sector.

An Urban Approach to Planetary Boundaries Ambio, A Journal of the Human Environment

The achievement of global sustainable development goals subject to planetary boundaries will mostly be determined by cities as they drive cultures, economies, material use, and waste generation. Locally relevant, applied and quantitative methodologies are critical to capture the complexity of urban infrastructure systems, global inter-connections, and to monitor local and global progress toward sustainability. An urban monitoring (and communications) tool is presented here illustrating that a city-based approach to sustainable development is possible.

When assessing Africa's urbanization trends and the acute need for finance, stability of macroeconomic and social conditions, institutional strengthening, efficient urban form, and capacity - this paper asserts that a critical need is capacity, especially domestic engineering capacity. The scale of Africa's capacity needs will necessitate new models of collaboration and urban management.

Peak Waste: When is it Likely to Occur? Journal of Industrial Ecology

Population and per capita gross domestic product (GDP) projections are used to estimate total global municipal solid waste (MSW) generation over the twenty-first century. Some projections for global population suggest that it will peak this century. Waste generation rates per capita generally increase with affluence, although in the most affluent countries there is also a trend toward dematerialization. The confluence of these factors means that at some point in the future total global waste generation could possibly peak. To determine when peak waste might occur, we used the shared-socioeconomic pathway scenarios (used in Intergovernmental Panel on Climate Change [IPCC] studies) combined with estimates of municipal solid waste (MSW) generation rates, extrapolated from our work for the World Bank.

Solid waste — the stuff we send down our chutes, discard at work and put on the curb every week — is a striking by-product of civilization. The average person in the United States throws away their body weight in rubbish every month. When waste management works well, we give it little thought: out of sight and, usually, quickly out of mind. Discarded materials are collected, some are recycled or composted, and most are landfilled or incinerated. But the global view is troubling.