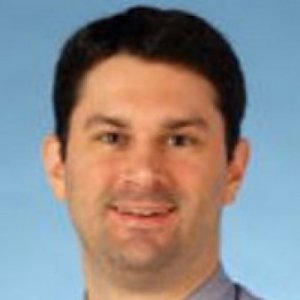 Dr. Jonas grew up in Granville, Ohio. He received his undergraduate degree from Davidson College in 1997, where he also played football and baseball. He then returned to Ohio where he attended medical school at the Ohio State University and completed his residency training in Internal Medicine and Pediatrics at the University of Cincinnati in 2005. He then completed the NRSA Primary Care Research fellowship at UNC and received his MPH through the UNC School of Public Health. His areas of expertise include comparative effectiveness, evidence-based medicine, prevention, screening, chronic disease management, pharmacogenomics, individualized therapy, health economics, anticoagulation, and patient time costs. His wife Maya is a dermatologist in Chapel Hill. In his free time, he enjoys watching football and basketball, running, traveling, and his family.

Dr. Jonas’ research interests include comparative effectiveness, evidence synthesis, prevention, unhealthy alcohol use, health economics, and pharmacogenomics. He has led systematic evidence reviews and meta-analyses for the Effective Healthcare Program of the Agency for Healthcare Research and Quality (AHRQ) and for the U.S. Preventive Services Task Force (USPSTF). He has published meta-analyses evaluating a variety of clinical preventive services and has published comparative drug effectiveness reviews on medications for alcohol use disorders, diabetes, PTSD, rheumatoid arthritis, constipation, and asthma. Dr. Jonas has evaluated patient time costs for healthcare-related activities and their impact on cost-effectiveness analyses. He has examined the value of patient time spent in the screening colonoscopy process and in receiving anticoagulation care, and has studied contingent valuation methods. He has evaluated a variety of genetic tests, and led a trial assessing genotype-guided warfarin dosing for patients starting anticoagulation therapy.

Medicines may help you quit drinking!

This may change soon as researchers have now identified a few medicines that can work wonders in when used in conjunction with behavioural therapies. "We have medications that can help," Daniel Jonas, an associate professor of medicine at the University of North Carolina in Chapel Hill, was quoted as saying. The medications (namely naltrexone, acamprosate, topiramate, and nalmefene), appear to help curb drinking problems by fighting the biology of alcohol addiction, the researchers said...

About 18 million Americans suffer from alcohol dependence or alcohol abuse, according to the National Institutes of Health. Yet only about a third of alcoholics receive any treatment for their condition and less than 10 percent get medications, said Daniel Jonas, the lead study author. The drugs "are not used as much as they potentially could," said Jonas, an associate professor of medicine, at the University of North Carolina in Chapel Hill, in a telephone interview. "Historically, that's because of the uncertainty over whether they work. People with alcohol use disorders have serious problems. They need help and they are often not getting help. One piece of the treatment is these medicines."...

Meds Can Help Problem Drinkers, But Many Doctors Don't Know That

"We have medications that can help," says Dr. Daniel Jonas, an associate professor of medicine at the University of North Carolina in Chapel Hill. He's the first author on the study published Tuesday in JAMA, the journal of the American Medical Association. But patients seeking help with a drinking problem are prescribed the drugs less than 10 percent of the time, Jonas told Shots. One reason is that most people don't get any treatment of any sort for a serious drinking problem. Another is that many doctors just don't know that there are drugs beside Antabuse, even though acamprosate and naltrexone were approved by the Food and Drug Administration back in the 1990s. "It's been quite a bit of a secret," Jonas says. "It doesn't get advertised."...

"Most people with alcohol use disorders aren't getting any treatment, and only about 10 percent are getting a medication as part of their treatment," said lead researcher Dr. Daniel Jonas, an assistant professor of medicine at the University of North Carolina at Chapel Hill. Two other drugs, nalmefene (Selincro) and topiramate (Topamax) also can help patients stop drinking, he said. Nalmefene is approved for pain relief and topiramate is approved to prevent seizures, but they are also used "off-label" to treat alcohol abuse. Part of the reason these medications aren't used that much is that doctors aren't sure there are drugs that work, Jonas said. "But we do have treatments that work, and we should be using them more than we are," he added. Jonas noted that these drugs should be used along with other treatments. "We don't know if they should be used alone. They are always studied in conjunction with a psychological intervention, whether it's AA or cognitive behavioral therapy. The standard of care is that everyone should do one of those things and then you would add medication," he said. "When you add medication, you get added benefit."...

Pharmacotherapy for adults with alcohol use disorders in outpatient settings: a systematic review and meta-analysis

2014 OBJECTIVE: To conduct a systematic review and meta-analysis of the benefits and harms of medications (US FDA-approved and others) for adults with alcohol use disorders...

Behavioral counseling after screening for alcohol misuse in primary care: a systematic review and meta-analysis for the US Preventive Services Task Force

2012 BACKGROUND: Alcohol misuse, which includes the full spectrum from risky drinking to alcohol dependence, is a leading cause of preventable death in the United States...

Systematic review: enhancing the use and quality of colorectal cancer screening

Efficacy and Safety of Donepezil, Galantamine, and Rivastigmine for the Treatment of Alzheimer’s Disease: A Systematic Review and Meta-Analysis

2009 ABSTRACT: Pharmacologic treatments for Alzheimer’s disease include the cholinesterase inhibitors donepezil, galantamine, and rivastigmine. We reviewed their evidence by searching MEDLINE, Embase, The Cochrane Library, and the International Pharmaceutical Abstracts from 1980 through 2007 (July) for placebo-controlled and comparative trials assessing cognition, function, behavior, global change, and safety...

2009 ABSTRACT: Warfarin has a narrow therapeutic window and the hemorrhagic or thrombotic implications of over-or under-dosing can be devastating. Moreover, there is substantial individual variation in response to warfarin. This review describes the genetic and clinical factors associated ...