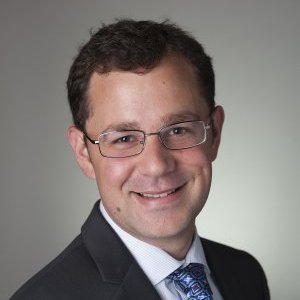 Insurers have begun to submit their rate request for 2019 for the Health Insurance Marketplaces, which were created as part of the Patient Protection and Affordable Care Act (ACA). Insurers in Virginia and Maryland are requesting rate increases of as much as 90%, prompting concern that this linchpin of the ACA will not survive. In May 2018, Al Redmer Jr, insurance commissioner of Maryland, stated that “we’ve been in a death spiral for a year or 2.” These comments echo a statement from Tennessee insurance commissioner Julie McPeak, who in 2016 expressed concern that the Health Insurance Marketplace was “very near collapse.”

Cost-control incentives have become an important part of the health insurance landscape in the United States. These incentives are the strongest in capitated managed care organizations, especially HMOs, because such organizations are paid a fixed amount regardless of the spending they generate. Using a sample of insurance claims from about 500 plans, I find that in HMOs, spending on anti-cholesterol drugs is 19% lower than in other insurance plans. This spending difference could reflect the strong cost-control incentives generated by capitation, but it could also reflect the selection of healthy, price-sensitive patients into HMOs, or it could simply reflect lower prices. To understand the difference, I estimate a model of physician prescribing and patient refill decisions. Patients in HMOs are nearly twice as sensitive to copays as are other patients, consistent with selection of healthy patients into HMOs. Even after adjusting for this selection, however, HMO physicians remain highly sensitive to drug procurement costs. This high sensitivity explains about a 20% of the spending difference; combined with lower prices, it explains about 25–55% of the difference. I find no evidence that these spending reductions result in fewer patient refills or the prescribing of less effective statins.

The Effect of the Risk Corridors Program on Marketplace Premiums and Participation NBER Working Paper No. 24129

We investigate the effect of the Risk Corridors (RC) program on premiums and insurer participation in the Affordable Care Act (ACA)’s Health Insurance Marketplaces. The RC program, which was defunded ahead of coverage year 2016, and ended in 2017, is a risk sharing mechanism: it makes payments to insurers whose costs are high relative to their revenue, and collects payments from insurers whose costs are relatively low. We show theoretically that the RC program creates strong incentives to lower premiums for some insurers. Empirically, we find that insurers who claimed RC payments in 2015, before defunding, had greater premium increases in 2017, after the program ended. Insurance markets in which more insurers made RC claims experienced larger premium increases after the program ended, reflecting equilibrium effects. We do not find any evidence that insurers with larger RC claims in 2015 were less likely to participate in the ACA Marketplaces in 2016 and 2017. Overall we find that the end of the RC program significantly contributed to premium growth.

A major provision of the Affordable Care Act was the creation of Health Insurance Marketplaces, which began operating for the 2014 plan year. Although enrollment initially grew in these markets, enrollment has fallen recently amid insurer exits and rising premiums. To better understand these markets, we estimate premium elasticity of demand for Marketplace plans, using within-plan premium changes from 2014 to 2015, accounting for state-specific trends and simultaneous changes in generosity. Our preferred estimate implies that a one percent premium increase reduces plan-specific enrollment by 1.7 percent. We argue that this high elasticity reflects the rapid growth and high churn in this market, as well as the high degree of standardization and the availability of many close substitutes.

Nonlinear cost-sharing in health insurance encourages intertemporal substitution be- cause patients can reduce their out-of-pocket costs by concentrating spending in years when they hit the deductible. We test for such intertemporal substitution using data from the RAND Health Insurance Experiment, where people were randomly assigned either to a free care plan or to a cost-sharing plan which had coinsurance up to a maximum dollar expenditure (MDE). Hitting the MDE—leading to an effective price of zero—has a bigger effect on monthly health care spending and utilization than does being in free care, because people who hit the MDE face high future and past prices. As a result, we estimate that sensitivity to short-lasting price changes is about twice as large as sensitivity to long-lasting changes. These findings help reconcile conflicting estimates of the price elasticity of demand for health care, and suggest that high deductible health plans may be less effective than hoped in controlling health care spending.