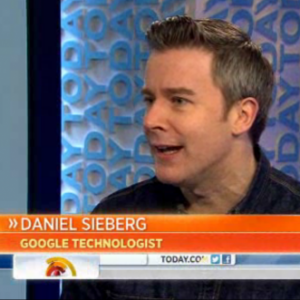 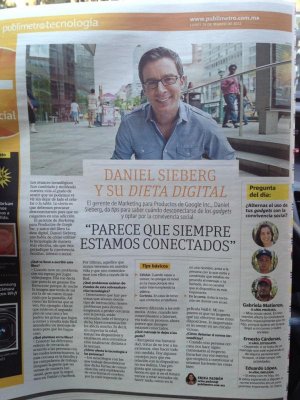 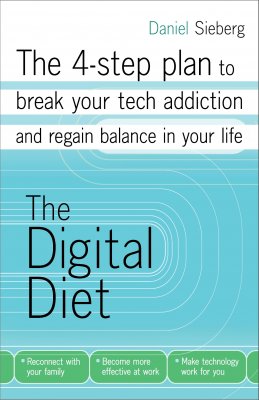 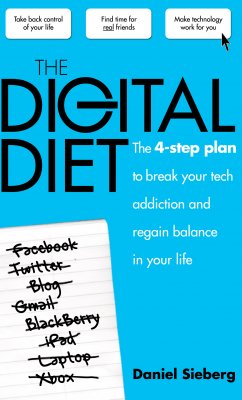 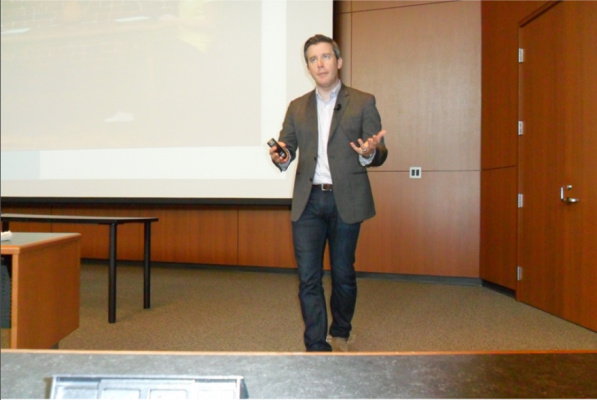 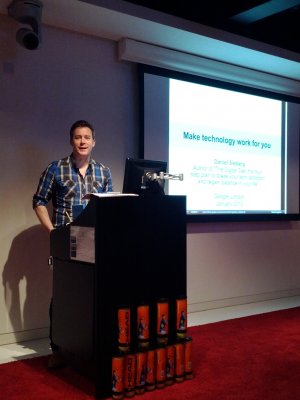 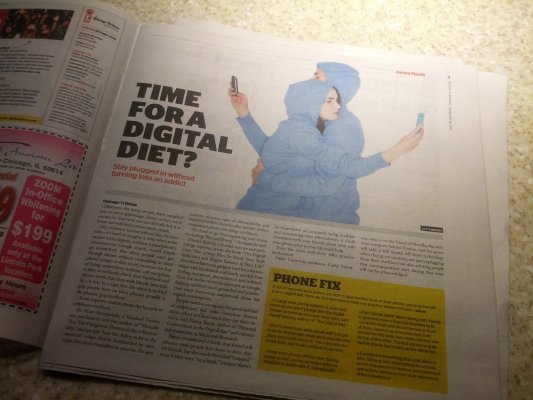 Daniel Sieberg is the head of media outreach and official spokesperson at Google. Since joining the company in late 2011, Sieberg leads a team that supports journalists around the world as they use Google’s tools for newsgathering including Google Maps and Google Earth, Fusion Tables, Google+, Search, Trends, YouTube and more. He also routinely appears on TV and radio to talk about a wide variety of Google’s products and initiatives.

The Emmy-nominated Sieberg was previously a technology reporter dating back to the late 1990s for the likes of CBS News, CNN, ABC News, and BBC News America. His stories and analysis have also appeared on MSNBC, NBC News, Fox News, Al Jazeera, CBC, NPR, CTV, the Vancouver Sun and many other outlets. He’s just as comfortable talking about the value of backend analytics as he is about the future of connectedness on mobile devices or the social behavior of raid parties in MMOs.

His first book, The Digital Diet: the four-step plan to break your tech addiction and regain balance in your life (Random House/Crown), was published in May 2011 with editions in the UK, Korea and Japan. It’s all about nurturing a healthy relationship with our digital lives and ensuring the wonders of technology don’t overwhelm us.

Sieberg has been a featured speaker at events all over the world including the London School of Economics, Internet Show Indonesia, Broadband Infovision Awards in Amsterdam, Consumer Electronics Show in Las Vegas, Yale School of Architecture, Smart Content in Korea, NY XPO and the Global Contact Forum in Mexico City among many others. He generally finds a way to weave in the book since the research crosses several avenues of technology, business and society.

Besides being a Googler and a geek, Sieberg also loves watching hockey (originally from Canada) and tries to stay in shape through cycling and running. He lives in New York with his wife and two daughters. He has a bachelor’s degree in writing/film from UVic ’98 and a master’s degree in journalism from UBC ’00.

What a great presentation this morning at Entrepreneur Advisors. I plan to practice some of your tips and suggestions especially charging my phone and purchasing your book for a few friends and family members.

Productivity and managing your technology

Learning to tame the tech

The Digital Diet for Business

Is it time for a Digital Diet?  London School of Economics

Earthquake preparedness in the future  Yale

Appeared in front of the Atlanta Entrepreneurs Advisors group on May 18. More than 75 attendees really responded well to the message of moderation and managing technology in a connected society. Plenty of great discussion on how it applies to SMB and larger ones.