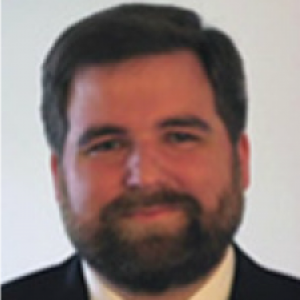 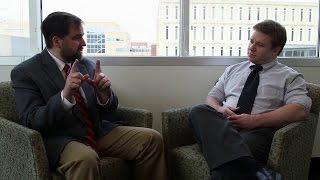 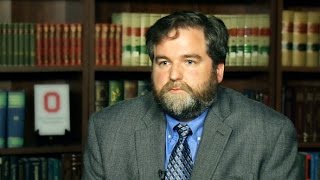 My research focuses on the relationship between cognition and abnormal emotional states, particularly the emotional states characteristic of Major Depressive Disorder. I have worked to address several questions in this domain, including: How do treatments for depression, such as Cognitive Therapy (CT), achieve their effects? What is the role of cognitive change in these treatments? How might treatments be adapted to best suit different patients? What kinds of changes predict resistance to relapse and recurrence following treatment? I have also been addressing more basic questions, such as: what kinds of cognitive biases are evident among depressed people? Thus, my work has focused on three related areas: (1) investigations of how treatments for depression achieve their effects; (2) how treatment strategies for depression can be refined and integrated to better serve depressed patients; and (3) investigations of the nature of cognitive biases associated with depression.

Cognitive behavioral therapy (CBT) can be used to help people with depression. This type of therapy teaches people to identify negative thoughts and replace them with positive ones.

"Searching for a job is difficult in any circumstance, but it may be even more difficult for people who are depressed," said study co-author Daniel Strunk, an associate professor of psychology at Ohio State University.

But a small new study out of Ohio State University found that it was one particular strategy used in CBT, called Socratic questioning, that led to substantial improvements in depressive symptoms.

“Socratic questioning involves the use of questions to help someone develop a new perspective,” the study’s co-author Daniel Strunk, PhD, an associate professor of psychology at Ohio State University, explains to Yahoo Health. Therapists may use Socratic questioning with clients to help them evaluate the accuracy of their own negative thoughts and beliefs (though it’s possible people without depression can also benefit from this questioning strategy to get out of a negative thinking rut).

Socratic Questioning Might Be An Effective Treatment For Depression, So Get Ready To Get Your Ancient Philosophy On

Co-author Dan Strunk told Bustle that in a separate study, they also examined how effective these skills are for patients who use them on themselves. "The better the patients are at these skills and the more they use them in their own life, the lower their risk for relapse following a successful course of cognitive therapy," Strunk said.

Although there is no formula to the Socratic approach, Strunk advises people to first identity the specific thought that is associated with the upsetting feeling. To get a taste, I told Strunk that my mom is controlling my dating life and it is getting out of control. The specific thought here was "I feel that don't I have control over my life."...

Depression: A change of mind

“If we don't understand the active ingredients, it's going to be hard to improve the treatment,” says Daniel Strunk, a psychologist at Ohio State University in Columbus. “In understanding the mechanism, we might understand that that's more relevant to some patients than others.”

CBT encompasses a range of psychotherapies, all based on the premise that people with depression have excessively negative, and often inaccurate, beliefs about themselves and the world. It is designed to equip patients with the skills they need to “become their own therapists”, says Strunk, by critically examining those negative beliefs. Correct a person's way of thinking, and the depression will lift, according to the theory.

​Depressed, out of work? Study suggests skills to help land a job The Ohio State University

Unemployed people were more likely to land a job if they used skills commonly taught as part of cognitive therapy for depression, a new study found.

These skills included identifying negative thoughts and countering them with more positive responses and planning enjoyable activities to improve mood.

This study is the first to show that cognitive behavioral (CB) skills not only predict changes in depression symptoms, but also real-life functioning, said Daniel Strunk, co-author of the study and associate professor of psychology at The Ohio State University.

“Searching for a job is difficult in any circumstance, but it may be even more difficult for people who are depressed,” Strunk said.

“But we found that there are specific skills that can help not only manage the symptoms of depression but also make it more likely that a person will receive a job offer.”

Strunk conducted the study with Benjamin Pfeifer, a doctoral student in psychology at Ohio State. Their results appear in the June 2016 issue of the Journal of Clinical Psychology.

Some depressed patients may be hoping for answers from their therapists, but a new study suggests questions may be the key.

Researchers examined how cognitive therapy for depression achieves its positive effects. Their study is the first to show that depressed patients see substantial improvements in their depressive symptoms when their therapists use a technique called “Socratic questioning.”

These are a series of guided questions in which the therapist asks a patient to consider new perspectives on themselves and their place in the world.

“People with depression can get stuck in a negative way of thinking,” said Justin Braun, co-author of the study and a doctoral student in psychology at The Ohio State University.

Cognitive therapy is an evidence-based treatment that helps patients to reduce their depression and protects against future depressive episodes.

Many other studies have focused on how the relationship between the patient and the therapist may foster a positive therapeutic response, said study co-author Daniel Strunk, associate professor of psychology at Ohio State.

“We found that Socratic questioning was predictive of symptom improvements above and beyond the therapeutic relationship -- the variable that has been most examined in previous studies,” Strunk said.

While studies have shown that cognitive therapy is an effective treatment for depression, it has still not been clear the role therapists’ training and expertise plays in making treatment successful.

The study also suggests therapist competence may be a particularly important determinant of outcome for some patients. Researchers found that therapist competence was more strongly related to symptom improvement in patients who suffered from anxiety as well as depression, and for those who first experienced depression at an early age.

“People with depression who don’t have complicating issues like anxiety are fairly likely to show benefit even if they don’t see the most highly rated therapists,” said Daniel Strunk, co-author of the study and assistant professor of psychology at Ohio State University.

Moderate to severely depressed clients showed greater improvement in cognitive therapy when therapists emphasized changing how they think rather than how they behave, new research has found.

The results suggest cognitive therapists should concentrate, at least during the first few sessions, on using cognitive techniques to help those with more severe depression to break out of negative thought patterns and to see events in their lives more realistically.

The study found that a concentration on changing behavior – such as having patients schedule activities to get them out of the house, and tracking how they spent their time – did not significantly predict subsequent change in depressive symptoms.

“There has been a lot of attention recently on behavioral approaches to treating severe depression, and that may lead some people to suspect that cognitive techniques are not important for more severely depressed patients,” said Daniel Strunk, co-author of the study and assistant professor of psychology at Ohio State University.

While depression is often linked to negative thoughts and emotions, a new study suggests the real problem may be a failure to appreciate positive experiences.

Researchers at Ohio State University found that depressed and non-depressed people were about equal in their ability to learn negative information that was presented to them.