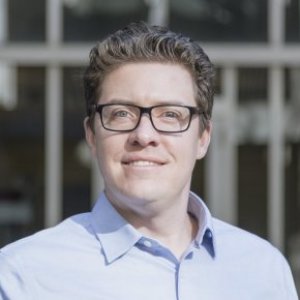 
Dr. Conway focuses on methods to directly measure forces across proteins and understand how these forces affect cellular function. 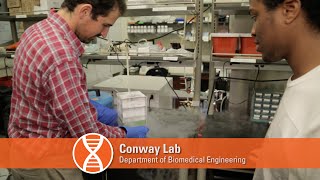 Daniel Conway, Ph.D., assistant professor in the Department of Biomedical Engineering, has received a National Science Foundation CAREER Award for 2017. This is the NSF’s most prestigious award given to junior faculty. It supports the early career-development activities of teacher-scholars who most effectively integrate research and education.

"Daniel E. Conway, Ph.D., assistant professor in the Department of Biomedical Engineering, has received a five-year, $1,829,564 grant from the National Institutes of Health for a research project to study the role of mechanical forces across proteins in epithelial cells. Epithelial cells separate the body from the outside environment and are the cells that provide a physical barrier in skin, lungs, and the intestines. Conway will study how mechanical forces at both cell-cell junctions and the nucleus contribute to growth, wound repair, and barrier function in these cells..."

"Daniel Conway, Ph.D., is the recipient of a Virginia Commonwealth University Undergraduate Research Opportunities Program Faculty (UROP) Mentorship Award for his lasting impression on student research and scholarship. An assistant professor in the VCU School of Engineering Department of Biomedical Engineering, Conway was acknowledged for his dedication to student learning at the 7th Annual Poster Symposium for Undergraduate Research and Creativity on April 22..."

2013 Fluid shear stress (FSS) from blood flow acting on the endothelium critically regulates vascular morphogenesis, blood pressure, and atherosclerosis [1]. FSS applied to endothelial cells (ECs) triggers signaling events including opening of ion channels, activation of signaling pathways, and changes in gene expression. Elucidating how ECs sense flow is important for understanding both normal vascular function and disease. EC responses to FSS are mediated in part by a junctional mechanosensory complex consisting of VE-cadherin, PECAM-1, and VEGFR2 [2]. Previous work suggested that flow increases force on PECAM-1, which initiates signaling [2, 3 and 4]. Deletion of PECAM-1 blocks responses to flow in vitro and flow-dependent vascular remodeling in vivo [2 and 5]. To understand this process, we developed and validated FRET-based tension sensors for VE-cadherin and PECAM-1 using our previously developed FRET tension biosensor [6]. FRET measurements showed that in static culture, VE-cadherin in cell-cell junctions bears significant myosin-dependent tension, whereas there was no detectable tension on VE-cadherin outside of junctions. Onset of shear stress triggered a rapid (

2012 Mechanotransduction plays a key role in both normal physiology and in diseases such as cancer, atherosclerosis and hypertension. Nowhere is this more evident than in the vascular system, where fluid shear stress from blood flow plays a critical role in shaping the blood vessels and in determining their function and dysfunction. Responses to flow are mediated in part by a complex of proteins comprised of PECAM-1, VE-cadherin and VEGFR2 at endothelial cell-cell junctions; all proteins that clearly have other, non-mechanical functions. We review recent progress toward understanding the functions and mechanisms of mechanotransduction by this complex and suggest some principles that may apply more broadly.