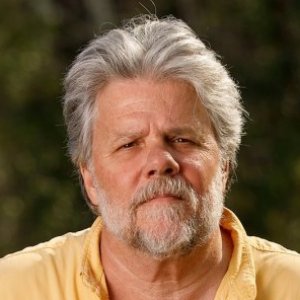 
Darren Rumbold is an expert in environmental toxicology and mercury in estuarine and coastal systems. 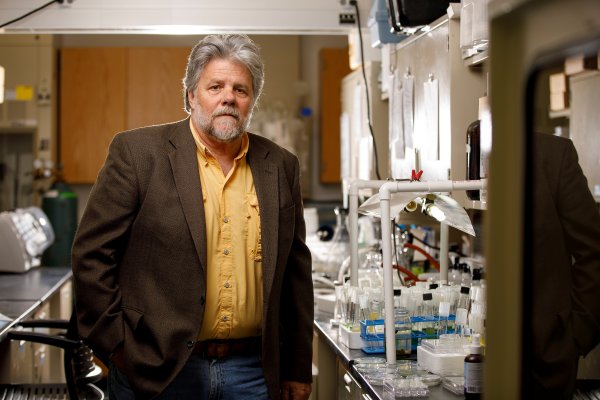 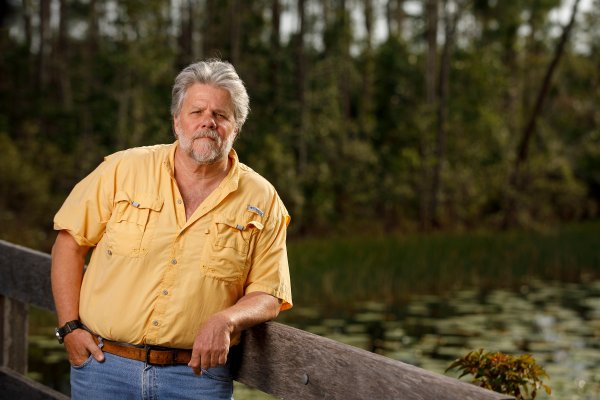 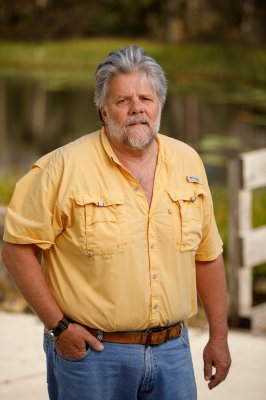 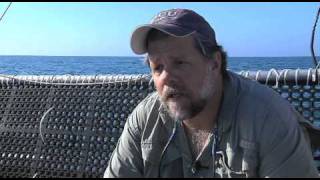 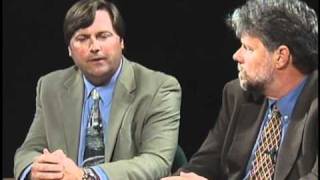 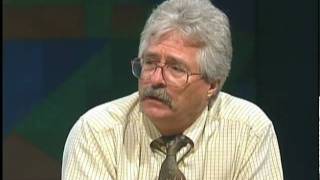 Darren Rumbold is a Professor of Marine Science at FGCU. He will also be director of the Coastal Watershed Institute in the second half of 2019. Prior to this, he was a Lead Environmental Scientist coordinating all mercury monitoring and research conducted by the South Florida Water Management District. He is a former recipient of an Environmental Science and Engineering Fellowship from the American Association for the Advancement of Science, during which he worked at U.S. EPA’s National Center for Environmental Assessment in Washington, DC. His research interests include landscape ecotoxicology and risk assessment. His current research focus is on the sources and fate of methylmercury (MeHg) in estuarine and coastal systems.

Burmese python could be coming to a dinner table near you

Chicken of the Glades: Can we eat pythons? Mercury levels studied to see if snakes could be the new other white meat

Darren Rumbold discusses the amount of the neurotoxin, mercury, found in pythons.

Darren Rumbold discusses his work on dead zones left in the wake of red tide.

Under our toxic sea

Darren Rumbold talks about freshwater releases, and their effect on the offshore marine environment.

Drivers responsible for the high rates of mercury biomagnification and its extreme geographic and temporal variability in the Florida Everglades: A formal causal analysis

Trophic transfer of mercury to sharks off Southwest Florida

Marine Pollution: Is it all gloom and doom?

Trophic transfer of mercury along salinity gradients in estuaries

2018 To examine down-estuary effects and how differences in food webs along a salinity gradient might influence mercury (Hg) biomagnification, we conducted a study from 2010 to 2015 in an estuary with a known biological hotspot at its headwaters. Over 907 samples of biota, representing 92 different taxa of fish and invertebrates, seston and sediments were collected from the upper, middle and lower reach for Hg determination and for stable nitrogen and carbon isotope analyses. Trophic magnification slopes (TMS; log Hg versus δ15N), as a measure of biomagnification efficiency, ranged from 0.23 to 0.241 but did not differ statistically among reaches. Hg concentrations were consistently highest, ranging as high as 4.9 mg/kg in top predatory fish, in the upper-reach of the estuary where basal Hg entering the food web was also highest, as evidenced by methylmercury concentrations in suspension feeders. Top predatory fish at the mouth of the estuary contained relatively low [THg], likely due to lower basal Hg. This was nonetheless surprising given the potential for down-estuary biotransport.

Archives of Environmental Contamination and Toxicology

2017 We determined mercury (Hg) concentrations in feathers of osprey (Pandion haliaetus), both nestlings (n = 95) and adults (n = 110), across peninsular Florida and the Florida Keys during February-August 2014. Feathers plucked from nestlings, aged 3-7 weeks, contained Hg concentrations that ranged from 0.338 to 45.79 mg/kg and averaged 6.92 ± 7.58 mg/kg (mean ± 1SD). Feathers shed from adults contained significantly higher concentrations ranging from 0.375 to 93.65 mg/kg, with an average of 17.8 ± 16.1 mg/kg. These levels were in the upper range of previously reported feather Hg concentrations of osprey and clearly show that Florida continues to have Hg hotspots that are elevated compared with many other regions. While these concentrations did not exceed levels previously reported in osprey from heavily Hg contaminated areas that showed no evidence of reproductive impairments, we cannot rule out potential individual-level effects to highly exposed nestlings after fledging. Mercury concentrations in nestlings were highest in coastal habitats of Collier and Monroe counties, where ongoing declines in osprey populations also have been documented.

Assessing the ecological risk of a municipal solid waste landfill to surrounding wildlife: A case study in Florida

2009 To assess the ecological risk of siting a new municipal solid waste landfill near a National Wildlife Refuge in Florida, we carried out a retrospective assessment at a large waterbird colony located near an existing active landfill. Monitoring data collected over twenty years, including flight-line counts both at dawn and midday, shows the mixed-species, communal roost was active continuously from 1987 through 2007. The largest number of birds counted in any single flight-line count was 14,750 birds recorded in July 2007. The numerically dominant species recorded during flight-line counts were, in approximate order of abundance: White Ibis, (Eudocimus albus), Cattle Egret (Bubulcus ibis), Little Blue Heron (Egretta caerules), Great Egret (Ardea alba), and Tricolor Heron (E. tricolor). Breeding bird censuses revealed this site served also as a nesting colony each year since 1987; annual total nest numbers peaked in 1987 at 5,127 nests. Taxa richness increased over the monitoring period with new species nesting or roosting in the colony; in particular, the endangered Wood Stork (Mycteria americana) began nesting at this site in 1995 and eventually became one of the numerically important species. Nest success at the landfill colony was similar to or higher than success probabilities reported at other colonies in south Florida. Fidelity to this colony site was likely related to the area's environmental predictability in terms of: 1) food supply and, 2) the low, temporally constant level of predation. In general, resident waterbird populations at the colony were sustainable over the monitoring period, i.e., maintained abundance, survived and reproduced at rates comparable to other colonies. Therefore, although there was evidence of organism-level impacts, there was no evidence that landfill-related stresses propagated up and had population- or community-level consequences.