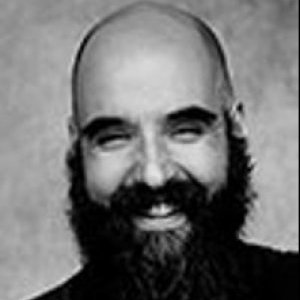 Rusty bolts lie by the side of the road. A coffee jar filled with corroded spring washers sits on the windowsill of a disused engineering works. Someone throws a cast-iron fencing spike into a skip. A piece of pitted steel washes up on the beach.

These are not the images normally associated with the worlds of either “commercial” or “art” jewellery but they are the sources of the material for most of Dauvit’s work. Combining these materials – especially corroded steel and iron – with precious metals and gemstones, using the skills of the traditional fine jeweller, he aims to make pieces which are aesthetically pleasing, technically interesting and, if possible, humorous: if they happen to be not just a little unsettling or disturbing, so much the better.

Dauvit’s jewellery is primarily aimed at men. Dauvit believes that even in the supposedly free world in which we now live, jewellery for men is circumscribed by what footballers and actors wear, reported by magazines, filtered through a corrupting veil of media; men dare not strike out for fear of being tagged an outsider, a loser, effeminate. Using what would traditionally be seen as masculine materials – iron andsteel – from traditionally masculine backgrounds – the road, the building site, the machine-shop – he looks back to the last time he feels men could freely wear jewellery: the Renaissance.

Dauvit believes Renaissance jewellery was a glorious, allegorical, blackly humorous, alchemical mess, a triumph of skill and material over taste. It mixed precious with semiprecious with worthless, a riot of colour and shape. It was huge and overblown. It verged on the unwearable, comfort sacrificed, preferring to make statements about the wearer's beliefs, power and money. So it is with his own work: it takes a bold person to wear a piece by The Justified Sinner.

Dauvit Alexander talks about creating his dramatic line of jewellery

Alexander, 48, is a jeweller who often uses old, discarded bits of metal and other industrial jetsam as the raw material of his work. He is a very striking figure – tall, solid, his head shaved, his dark beard long and full and beginning to turn wintry. He has the face of a medieval painter of icons or, perhaps, a member of the Bad Seeds. You don’t forget him. His first name, pronounced Dav-it, is Middle Scots. “The first king of Scotland was Dauvit, not David,” he explains, “and history books later anglicised it.”