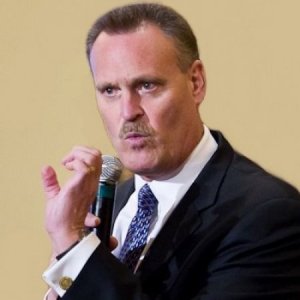 
Entertaining and unforgettable presentations that inspire audiences to improve the quality of their life! 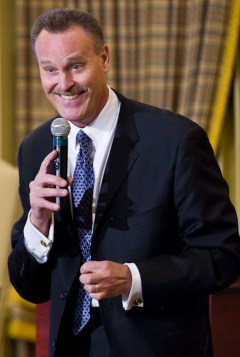 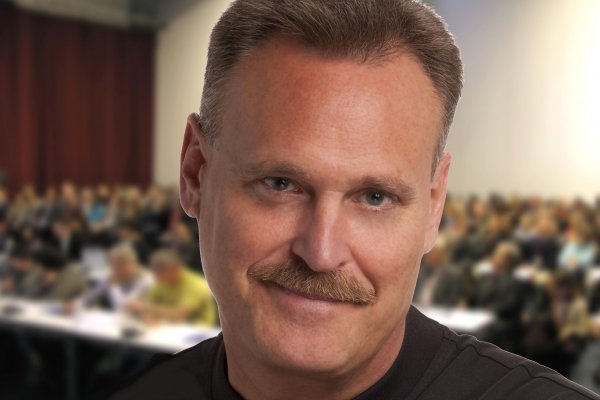 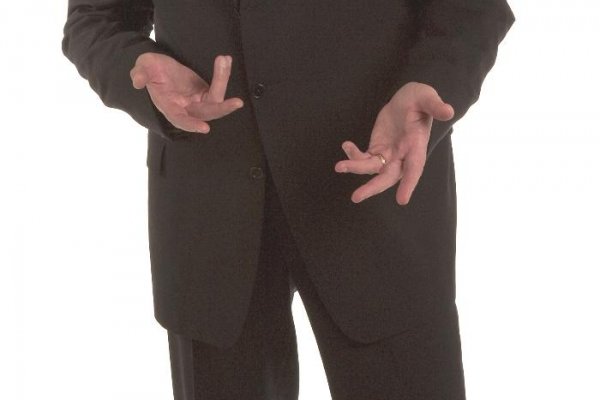 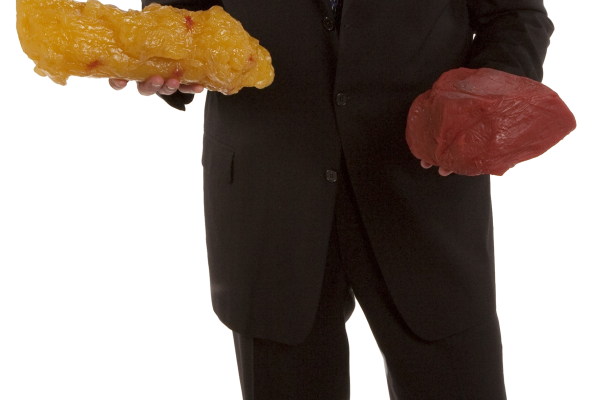 Known today as America’s Fitness Coach®, Dave Hubbard specializes in helping people increase their energy and stamina, to be healthier and more productive. His goal is to lower healthcare costs through prevention by motivating everyone to take personal responsibility for their most valuable asset – their body.

In 1979 Dave moved from the active world of the National Football League into a sedentary job. His playing weight combined with a serious back injury from a near fatal accident made it difficult to get back into shape physically.

In his journey back to peak physical fitness, Dave discovered that many people were struggling with the achieve lasting fitness, he realized that the popular fitness recommendations were out of sync with the reality of most people’s lives. As a result, far too many people were spending way too much time doing the wrong type of exercise, only to get frustrated and give up.

Dave went on to change the paradigm of exercise by developing a new formula for fitness that allows anyone to get and stay fit in a fraction of the time typically recommended. In 2000, he was rewarded a U.S. Patent for his unique method. In 1992 Dave was approached by Trillium Health Products and Salton to feature his exercise solution in infomercials. This was followed by a run on QVC.

Dave’s greatest skill and passion is motivational speaking! He captivates audiences with his dramatic and humorous true life stories, weaving in hard-hitting facts with inspiring solutions. Dave challenges people not to settle for “average or good”, but instead, never rest until the good is better, and the better is best.

Dave believes that in today’s stress induced, fast paced, high-tech society, most people have become accustomed to thinking that the solutions to life’s problems are only a pharmacy prescription away… when in fact, in many cases, a prescription of another kind is the real solution; good old-fashioned hard work, priority readjustments, discipline, new habits, routine, rhythm, and time.

Dave has spoken to hundreds of Fortune 500, and Fortune 100 companies, as well as many organizations throughout America. He has been featured many times on radio and television, and is a frequently published author. His book is titled: BAD CHUTE! Why most Americans fail with fitness.

Dave and his wife Melinda live in Marietta, Georgia and have two adult children.

How to Better Manage Your Body

Was awarded a U.S. Patent for a unique method of exercise

Played with the New Orleans Saints

“What a phenomenal speech you gave to our agents and leadership at our ALC Retreat last week! Your talk was right on point with our message and it was delivered with such humor that it captivated everyone’s attention. Thanks so much for joining us, and especially working within our budget. You added so much to our retreat.”

“I really enjoyed your presentation in San Francisco. Your book was a thoroughly great read. I’d really like to say that the money paid bringing you in to speak was well spent. I know ours is a company that is concerned about our mental and physical fitness. Sure, that keeps our cost of health coverage in line, but I really believe they want us to be healthy for reasons beyond the bottom line. Again, thank you for your great presentation and the inspiration your book gave me to get started.”

“Your presentation was a huge success, as I’m sure you are aware by the reaction of the audience!”

“Dave Hubbard’s remarkable performance won the highest compliment from the toughest of all audiences, over 200 hundred highly successful entrepreneurs who did not look at their blackberry’s once during his entire educational and entertaining presentation. Dave is a 5 star speaker.”

“Thank you for your presentation for our Summit for Threat Preparedness and Response, comprised of small business owners, law enforcement, public safety, government, and non-profit organizations. You were right on the mark.”

“Dave Hubbard is perfect for any organization serious about health and wellness or just wanting to expose their employees to the idea of wellness. Dave presented an informative Lunch and Learn presentation on Nutrition and we were blown away! He kept the audience engaged with just the right combination of entertaining stories and educational facts. His expertise and dynamic speaking ability make him a great resource for motivating and inspiring a healthy lifestyle. Dave is the real deal and we look forward to working with him again!”

Dave shares powerful and timeless principles for improving personal performance. Are you physically and mentally tough when the pressure is on? Are you confident? Do you believe in yourself and your ability to compete and win? Or, do you get stressed out, feeling weak and compromised? Do you have energy and vitality sufficient to perform at your very best, even at the end of a busy day or week? In short, fitness is all about your ability to perform to the very best of your ability. Dave will show you how to overcome the obstacles to achieving peak personal performance, EVERY DAY!

Growing older seems to involve an inevitable loss of strength, energy, and fitness. The frail health and loss of function we associate with aging is in large part due to physical inactivity. The problem is that after the age of 40 our joints begin to wear down, even though our muscles maintain their capacity for strength. If you don’t know how to build and maintain your strength without beating up your body in the process, you will eventually stop exercising! Learn a new formula for fitness that allows anyone to get and stay fit in a fraction of the time typically recommended, and without overstressing joints, hips, knees, back, etc.

Goals are obtained only when actions are properly aligned with intentions. That’s why “Actions speak louder than goals.” Typically we pick up our life-binoculars, so to speak, and focus on what we what to accomplish over the next month, year, or even our lifetime. Once we catch a vision of what that is, we tend to make that a life-goal to achieve. The difficult thing, however, is not setting the goal, it’s defining the action steps, and the priority and accountability structure necessary to achieve that goal. In this presentation Dave Hubbard defines greatness based on focus, consistency, and accountability.

Sometimes life’s not all that it’s cracked up to be, and not at all what you had hoped and expected it would be! In this unforgettable message, Dave shares how a near fatal accident changed his perspective on life for the better. Then, years later he experienced another unexpected life altering event that shook the foundations of his faith. This is a story that will change your life, as you see the power of God’s mercy and grace to heal and restore. This is a faith based message.