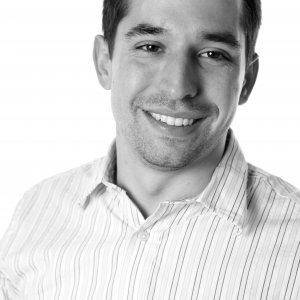 
Dynamic speaker who provides an insider's view on the intersection of brand marketing, startups, and digital technology

Dave Knox is CMO for Rockfish, one of the fastest growing digital agencies in the country. Prior to Rockfish, Knox was a 7 year veteran of Procter & Gamble, where he was instrumental in the digital turnaround that led to P&G being named to AdAge’s Digital A-List. At P&G, Dave led the strategy for new business models in venture investment, digital media and original content. Dave was named to the iMedia 25 Class of 2010, by Cincinnati Magazine as a “Next Power Broker” and Media Industry News as a “2010 Social Media Superstar.” Dave speaks frequently on digital marketing, including appearances at Mashable Connect, SXSW, TEDxCincy, American Express Innovation Summit, and Web 2.0 Summit. Dave is active in the entrepreneurial community, serving as a Board Observer / Advisor to multiple venture-backed companies. He is a partner in Rockfish Brand Ventures, serves on the Board of VCU Brandcenter and is the co-founder of The Brandery – one of the top 10 startup accelerators in the country.

As the marketing world changes, it's critical for brand managers to evolve their approach to effectively connect with their consumers, stay relevant and keep on top of their game. Dave Knox, former global digital strategy brand manager at Procter & Gamble and current CMO of Rockfish Interactive, brings with him unique insight on the "five themes of Brand Manager 2.0." From his first-hand experience, hear the trends that are shaping the marketing world and learn how marketers can apply the "five themes" principles to thrive in an increasingly digital world