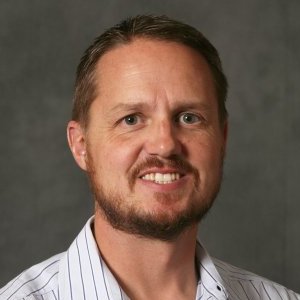 
History expert, specializing in ancient Greece, ancient Greek athletics, and the history of the olympic games

Dr. Dave Lunt is an associate professor of history at Southern Utah University. His research focuses on the history of athletics in ancient Greece and his published articles include articles on the role of sports in ancient Greek, the campaigns of Alexander the Great and the myth of Prometheus.

Fluent in both Latin and Greek, Dr. Lunt enjoys infusing his classes with culture, history and a sense of wonder for the ancient world. His research has taken him all over Greece and Italy focusing on how ancient and modern athletics reflect and interact with society, religion, culture, social issues, politics, and mythology.

A native of Salt Lake City, Dr. Lunt earned both his bachelor degree and master degree in history from the University of Utah. He earned his Ph.D. in ancient history from Penn State University. 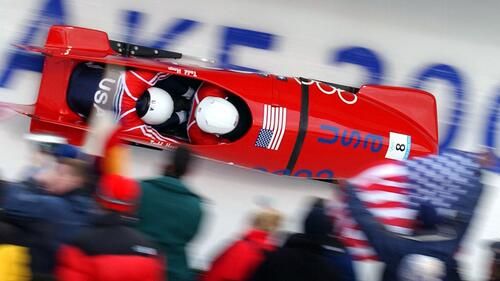 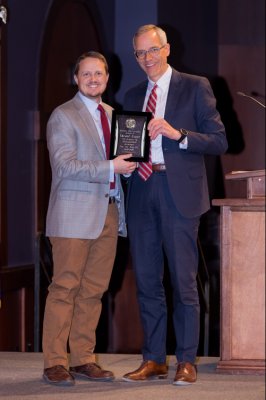 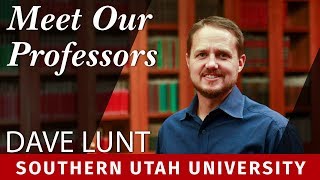 History of the Olympic Games

5 Things You Didn’t Know About the Ancient Olympics

Dr. Dave Lunt, an assistant history professor at Southern Utah University, has spent more than 16 years studying Greek history and offered five insights on what you don’t know about the ancient Olympics.

Dave Lunt, an assistant professor of history at Southern Utah University, has studied LDS cultural identity and the forces that shape it. He describes the 25 percent vacancy in the quorum as “monumental.” If the new apostles truly are younger than the current members — Elder David A. Bednar is the youngest at 63 — they could have similar cultural influences that have shaped their worldview somewhat differently than their senior colleagues, Lunt says...

The heroic athlete in ancient Greece

2009 In ancient Greece, powerful and successful athletes sought after and displayed might and arete (excellence) in the hope of attaining a final component of divinity—immortality. These athletes looked to the heroes of Greek myth as models for their own quests for glory and immortality. The most attractive heroic model for a powerful athlete was Herakles. Milo of Croton, a famed wrestler from antiquity, styled himself after Herakles and imitated him in battle. In addition, three athletes from the fifth century B.C., Theagenes, Euthymos, and Kleomedes, made the transition, in Greek minds, from athlete to hero. The power, might, and arete of their athletic victories provided the justification for their subsequent heroization. The stories of these athletes shed light on how historical athletes sought to imitate their mythic predecessors and how ancient Greeks were willing to bestow heroic honors, such as religious cults, on powerful victorious athletes.

Mormons and the Olympics: constructing an Olympic identity

The International Journal of Olympic Studies

2007 Since the early twentieth century, the Church of Jesus Christ of Latter-day Saints, otherwise called the LDS or Mormon church, has attempted to integrate itself more fully into American culture while maintaining its traditional morality and exclusive beliefs. During the 1980s and 1990s, the LDS church constructed an Olympic identity by highlighting the achievements of Mormon Olympic athletes, touting them as examples of religious piety who enjoyed athletic success because of their adherence to specifically Mormon doctrines, particularly Mormon dietary laws. Paradoxically, the LDS church simultaneously sought to demonstrate mainstream religious attitudes and to downplay its differences with other American religions by associating itself with the patriotism and national pride related to hosting the Olympic Games. The LDS church capitalized on its associations with the bidding for and planning of the 2002 Olympic Winter Games to foster and cultivate an appealing and reputable public image.

This course examines the political, social (including gender roles) and intellectual history of Western society from the urban revolution in Mesopotamia to the later Middle Ages. Special emphasis is placed on the reading and analysis of primary historical sources

This is an introductory survey course in the history of Western Civilization. This course acquaints students with some of the general interpretations of European and world history from the Age of Absolutism to the collapse of the Soviet Union.

This survey examines the political, social, cultural, economic, religious, scientific, and intellectual influences on the development of world civilizations to 1500 C.E. The emphasis is global, comparative, and multicultural

This course follows the development of sports in America from folk games during the colonial period to the age of television. Topics will include the rise of organized sports, the popularization of professional and college sports, and the television age.

A history of the Greek world from earliest times, through the Bronze Age, the Dark and Archaic Periods, and Classical Greece down tot eh end of the Peloponnesian War.

HIST 4415 Alexander the Great and the Hellenistic World

A history of the Greek world from the end of the Peloponnesian War, through the conquests of Alexander the Great, the disintegration of his empire, and the loss of Greek independence with the coming of Rome.

Problems, concepts, methods, and objective of teaching social science subjects in the areas of history, political science, sociology and economics.