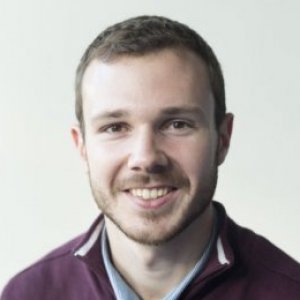 David Armstrong is an expert on the habitability and detection of exoplanets, machine learning, variable stars and eclipsing binaries.

“Mars has more gravity than the ISS [International Space Station] but not a lot, it’s still about a sixth of Earth’s. So you’ve got a serious issue there as to whether people can live there for any serious length of time at all. That doubles down if you want to try raising children and anything that approaches an actual colony,” Dr. David Armstrong, an astrophysics professor at the University of Warwick, told Business Insider in an interview published on August 17th, 2019...

The Sky at Night

Newly-discovered planet is hot, metallic and dense as Mercury

Winds of rubies and sapphires - striking sky of giant planet

Dr David Armstrong, from Warwick’s Astrophysics Group, found the giant is affected by big changes in the strong winds moving across the planet, likely to cause catastrophic storms....

"This is the first detection of weather on a gas giant planet outside the solar system," stated David Armstrong of the University of Warwick in England, the study lead author, adding, "These results show that strong winds circle the planet, transporting clouds from the night side to the day side. The winds change speed dramatically, leading to huge cloud formations building up, then dying away"...

Planet like Earth is next to violent, radiating star

The problem in this case is that Kepler-438b, while Earth-like, is nearer to the Red Dwarf star than Earth is to our Sun. Also, the planet may or may not be shielded a bit. "If the planet, Kepler-438b, has a magnetic field like the Earth, it may be shielded from some of the effects. However, if it does not, or the flares are strong enough, it could have lost its atmosphere, be irradiated by extra dangerous radiation and be a much harsher place for life to exist," Dr. David Armstrong of the University of Warwick, said in the statement...

2016 As an exoplanet orbits its host star it reflects and emits light, forming a distinctive phase curve. By observing this light, we can study the atmosphere and surface of distant planets. The planets in our Solar System show a wide range of atmospheric phenomena, with stable wind patterns, changing storms, and evolving anomalies. Brown dwarfs also exhibit atmospheric variability. Such temporal variability in the atmosphere of a giant exoplanet has not to date been observed. HAT-P-7 b is an exoplanet with a known offset in the peak of its phase curve. Here we present variations in the peak offset ranging between - 0.086+0.033-0.033 to 0.143+0.040-0.037 in phase, implying that the peak brightness repeatedly shifts from one side of the planet’s substellar point to the other. The variability occurs on a timescale of tens to hundreds of days. These shifts in brightness are indicative of variability in the planet’s atmosphere, and result from a changing balance of thermal emission and reflected flux from the planet’s dayside. We suggest that variation in wind speed in the planetary atmosphere, leading to variable cloud coverage on the dayside and a changing energy balance, is capable of explaining the observed variation.

Transit Shapes and Self Organising Maps as a Tool for Ranking Planetary Candidates: Application to Kepler and K2 MNRAS

2016 A crucial step in planet hunting surveys is to select the best candidates for follow up observations, given limited telescope resources. This is often performed by human `eyeballing', a time consuming and statistically awkward process. Here we present a new, fast machine learning technique to separate true planet signals from astrophysical false positives. We use Self Organising Maps (SOMs) to study the transit shapes of \emph{Kepler} and \emph{K2} known and candidate planets. We find that SOMs are capable of distinguishing known planets from known false positives with a success rate of 87.0\%, using the transit shape alone. Furthermore, they do not require any candidates to be dispositioned prior to use, meaning that they can be used early in a mission's lifetime. A method for classifying candidates using a SOM is developed, and applied to previously unclassified members of the \emph{Kepler} KOI list as well as candidates from the \emph{K2} mission. The method is extremely fast, taking minutes to run the entire KOI list on a typical laptop. We make \texttt{Python} code for performing classifications publicly available, using either new SOMs or those created in this work. The SOM technique represents a novel method for ranking planetary candidate lists, and can be used both alone or as part of a larger autovetting code.

2015 We are entering an era of unprecedented quantities of data from current and planned survey telescopes. To maximise the potential of such surveys, automated data analysis techniques are required. Here we implement a new methodology for variable star classification, through the combination of Kohonen Self Organising Maps (SOM, an unsupervised machine learning algorithm) and the more common Random Forest (RF) supervised machine learning technique. We apply this method to data from the K2 mission fields 0-4, finding 154 ab-type RR Lyraes (10 newly discovered), 377 Delta Scuti pulsators, 133 Gamma Doradus pulsators, 183 detached eclipsing binaries, 290 semi-detached or contact eclipsing binaries and 9399 other periodic (mostly spot-modulated) sources, once class significance cuts are taken into account. We present lightcurve features for all K2 stellar targets, including their three strongest detected frequencies, which can be used to study stellar rotation periods where the observed variability arises from spot modulation. The resulting catalogue of variable stars, classes, and associated data features are made available online. We publish our SOM code in Python as part of the open source PyMVPA package, which in combination with already available RF modules can be easily used to recreate the method.

2015 We embark on a detailed study of the lightcurves of Keplers most Earth-like exoplanet host stars using the full length of Kepler data. We derive rotation periods, photometric activity indices, flaring energies, mass loss rates, gyrochronological ages, X-ray luminosities and consider implications for the planetary magnetospheres and habitability. Furthermore, we present the detection of superflares in the lightcurve of Kepler-438, the exoplanet with the highest Earth Similarity Index to date. Kepler-438b orbits at a distance of 0.166AU to its host star, and hence may be susceptible to atmospheric stripping. Our sample is taken from the Habitable Exoplanet Catalogue, and consists of the stars Kepler-22, Kepler-61, Kepler-62, Kepler-174, Kepler-186, Kepler-283, Kepler-296, Kepler-298, Kepler-438, Kepler-440, Kepler-442, Kepler-443 and KOI-4427, between them hosting 15 of the most habitable transiting planets known to date from Kepler.

One of the closest planet pairs to the 3:2 Mean Motion Resonance: K2-19b and c Astronomy & Astrophysics

2015 The K2 mission has recently begun to discover new and diverse planetary systems. In December 2014, Campaign 1 data from the mission was released, providing high-precision photometry for ~22 000 objects over an 80-day timespan. We searched these data with the aim of detecting more important new objects.