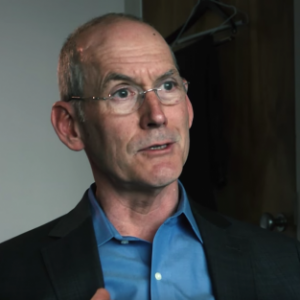 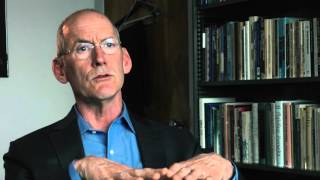 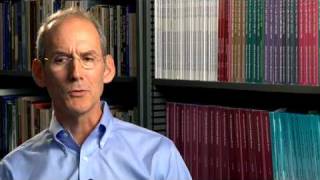 David Arsen is a professor of Education Policy and Educational Administration. He serves as coordinator of MSU’s Education Policy program. Dr. Arsen received his PhD in Economics from the University of California, Berkeley. His primary area of research specialization is school finance. He has also worked extensively on school choice, education governance, and school capital facilities. In recent years, his work has focused on the impacts of Michigan’s education policies on local school districts.

Here's how Michigan should spend billions in school funding

As we reach the end of a tumultuous school year, Michigan's K-12 public schools and state policymakers face two major fiscal challenges. First, they need to identify the most effective uses of about $6 billion in federal COVID-19 relief money. Second, they must ensure that Michigan's public schools are equitably and adequately funded for the long haul, after this one-time relief money is gone.

David Arsen is professor at Michigan State University and the lead of author of a three-year study on the topic, “Which Districts Get Into Financial trouble and Why: Michigan’s Story.” The study shows that 80 percent of the variation in the quality of Michigan schools can be attributed to state policies. “The trigger for state intervention is exclusively on financial grounds,” Arsen said on Stateside. “The emergency management law is exceptionally weak as an instrument of academic accountability.”...

'Children are not blueberries': What a Trump/DeVos administration would mean for local schools

“The federal role in funding of schools is quite modest,” said David Arsen, a Michigan State University professor of education policy and K-12 educational administration. “These are still decisions that would be made primarily at the state level.”...

And these forces have made the hardships in Michigan’s low-income urban districts like Detroit even worse, argues David Arsen, professor of education policy in the MSU College of Education.

As state lawmakers debate proposed legislation, Michigan State University Professor David Arsen has created a video brief explaining the best course of action to resolve the school district’s debt and address the schools’ longstanding challenges. He explains in clear language why a deal is needed not only for the children of Detroit, but for residents in the entire state. He also explains key components needed to ensure a long-term, workable solution.

Michigan's education achievement authority and the future of public education in Detroit: The challenge of aligning policy design and policy goals

2014 As the City of Detroit emerges from municipal bankruptcy, the imperative for school improvement takes on an urgency rarely witnessed in a U.S. city. If the city is to experience the redevelopment boom that many now anticipate, its public schools must improve. While a variety of different reform strategies are possible, the establishment of a portfolio district in Detroit currently appears to have the greatest political salience.

2013 Michigan’s Local Government and School District Accountability Act of 2011 empowers the governor to appoint emergency managers (EMs) in financially troubled school districts. EMs assume all powers of the superintendent and school board. They can reshape academic programs, nullify labor contracts, and open and close schools. This article analyzes the law’s political origins and early implementation. Relative to prevailing accountability mechanisms applicable to all school districts, in what respects are EM districts more accountable, and in what respects are they less accountable? Our analysis reveals that although the law concentrates control over school operations, it weakens most standard dimensions of district accountability.

2012 There is widespread concern that administration consumes too much of the educational dollar in traditional public schools, diverting needed resources from classroom instruction and hampering efforts to improve student outcomes. By contrast, charter schools are predicted to have leaner administration and allocate resources more intensively to instruction. This study analyzes resource allocation in charter and district schools in Michigan, where charter and tradition public schools receive approximately the same operational funding. Controlling for factors that could affect resource allocation patterns between school types, we find that charter schools on average spend $774 more per pupil per year on administration and $1141 less on instruction than traditional public schools.

2011 School choice policies are intended to provide students in poorly performing schools the option of transferring to a better school. The associated loss of funding to new competitors is expected, in turn, to benefit students who remain in their assigned schools by spurring improved performance among the educators in them. The prospects for such systemic improvement are greatest if in fact student transfers and the market signals they provide are determined by school effectiveness rather than the social and racial characteristics of a district’s students. To test this proposition, we employ a series of fixed effects regressions to analyze the relative influence of school effectiveness versus student demographic composition on participation rates in Michigan’s charter school and inter-district choice policies. Our results indicate that school effectiveness has no systematic influence on participation rates for either choice policy, while the loss of students to choice options increases significantly in districts serving high concentrations of low-income students. Therefore, Michigan’s school choice policies create financial pressures not on schools that are performing most poorly but rather on those that face the most difficult educational challenges.

2009 Despite growing interest in the condition of school facilities as a dimension of school finance adequacy, reliable measures of capital stock for large samples of schools are hard to come by. In this article, we offer new methods for (a) measuring the existing capital stock of public schools, (b) defining adequacy in school facilities, and (c) measuring the cost of bringing existing school facilities up to an adequate standard. We apply our procedures to all school districts in Michigan, one of the few states that offers no state aid to local districts for the construction of capital facilities. Our estimates indicate large variations in school buildings and facilities across local communities that are highly correlated with local property wealth. Because we use publicly available data that are recently available for school districts nationwide, these methods can be readily replicated for other states.

2004 The authors look at the impact on Michigan's public school system of Proposal A, a 1994 ballot measure that shifted school funding from the property tax to the sales tax. Proposal A has led to a significant reduction in property taxes, while simultaneously reducing inequities in the resources provided for Michigan public schools; however, a growing number of school districts have experienced revenue losses, the authors say.