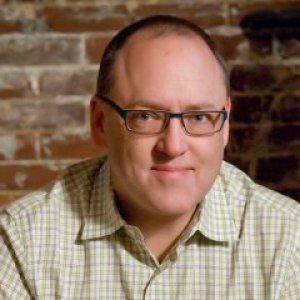 I was born in Michigan, but lived in Guatemala with a tribe of Mayan indians until I was eighteen years old, after which I moved to the US. I spent six full-time years in graduate school, earning an advanced degree in ancient languages (learning about a dozen of them) and theology. I’ve taught at the undergraduate and graduate level.

I speak to, write for, and consult with the marketing industry via ReCourses, Inc. I’ve worked with more than 700 firms/departments individually and thousands of people have been through our seminars and speaking engagements.

I own RockBench Publishing Corp., a traditional and electronic publisher of thought leadership content. It’s a very non-traditional platform that has given voice to many important leaders.

I am an avid photographer, shooting all over the world (28 countries). You can see some of my photographs at ReTake.com. Many are hanging in lobbies, museums, artful homes, etc. I typically am accepted to a dozen major shows per year.

My work has been discussed in the Wall Street Journal, USA Today, Fast Company, Inc. Magazine, Forbes, CBS Business Network, MarketingProfs, and BusinessWeek. I have also contributed portions of David Maister’s Strategy and the Fat Smoker, Cameron Foote’s The Business Side of Creativity, Robert Bly’s Internet Direct Mail: The Complete Guide to Successful E-Mail Marketing Campaigns, and the new AIGA book on Professional Practices in Graphic Design (also translated into Chinese). I have contributed to a dozen other publications by leading authors, and a recent three-part booklet series was published by NewPage, entitled David C. Baker Speaks. The 10,000 copies were sold out.

I am the author of two RockBench books: Managing (Right) for the First Time (just named one of the (Top 10 Books Entrepreneurs Should Read” by Inc. Magazine) and Financial Management of a Marketing Firm.

I was invited to be a lifetime MENSA member.

RockBench Publishing Corp. was founded to publish "Courageous Thought Leadership Content." As such, we publish 4-8 books per year, all of which are sold on Amazon, Kindle, and Apple. If you look at the books on http://www.rockbench.com and then read the reviews, you'll be quite impressed with the selection of material that we publish.