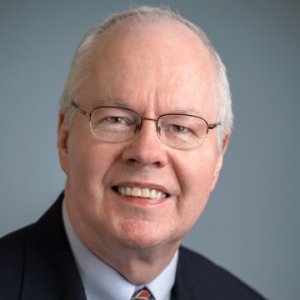 
David Barrett, PhD, is a presidential historian and leading expert on the CIA’s relationship with presidents and Congress. 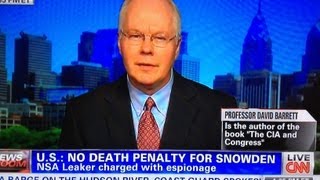 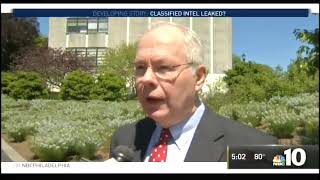 Dr. Barrett is one of the country's leading experts on the critical relationship between the United States Congress and the Central Intelligence Agency (CIA). Current hot topic issues such as national security and the United States presidency are other areas of specialty for Barrett. He is also a good source for stories on President Lyndon Baines Johnson's handling of the Vietnam War. Coming from a background in radio and television news, Barrett is adept at giving media interviews on his area of academic expertise.

Adam Schiff wants ‘comity’ for the House Intelligence Committee. It won't be easy.

Democrats and Republicans sit on both panels, but they were envisioned as operating in a nonpartisan fashion. "It seems sort of quaint now,” said David Barrett, a Villanova University professor who studies the relationship between Congress and the intelligence community.

Answers About the Secret Memo on the Trump-Russia Inquiry

When the Intelligence Committees become political, oversight of the intelligence agencies becomes “just about impossible,” said David M. Barrett, a professor of political science at Villanova University who has written a book on the C.I.A. and Congress. “Intelligence becomes just another political football.”

Nunes, said David Barrett, an authority on Congress and the spy agencies, has added to the partisan rancor on the Hill instead of isolating the committee from the political wars, which it needs to gain the trust of the CIA and other intelligence agencies to admit their mistakes.

Officials from the Office of the Director of National Intelligence (ODNI) cast doubt on an earlier CIA assessment of Russian hacking operations that found Russia specifically aimed to help President-elect Donald Trump win the 2016 election, saying neither ODNI nor the FBI were ready to endorse the analysis. ... The White House and the intelligence community, says David Barrett, a political scientist at Villanova University who has written at length about the CIA and Congress, might see a public explanation of what the CIA believes and why as a way of cooling paranoia and conspiracy theories around the topic.

The long-secret Volume V of the Central Intelligence Agency’s documentation of the failed Bay of Pigs invasion contains no bombshells, no earth-shaking details of the 1961 assault on the island by a CIA-trained Cuban exile force. Instead, it delves into “the war at the CIA in the aftermath of the Bay of Pigs over who was to blame” for the invasion’s failure, according to the professor who filed suit to shake loose the recently released document. “Essentially, it is a critical history of the [CIA] inspector general’s critical report, which mainly blamed CIA incompetence for the failure of the Bay of Pigs,” said David Barrett, a political science professor at Villanova University in Pennsylvania.

Honesty, RIP: Facts take a beating across US

Is this when it ends for that ancient ideal, the truth? Is this where it has come to die, victim of campaigns and conspiracies, politicians and internet trolls and the masses who swallow their rhetoric? Rest in peace, honesty? "The value of facts in a democracy has taken a beating," said David Barrett, a political science professor at Villanova University.

The young man was employed by the National Security Agency for only a couple of years before feeling shocked at its intrusions into other countries’ affairs and even private mail addressed to U.S. citizens. He was also disgusted at the contrast between the idealistic language of the president, serving his second term, and the behavior of the government he headed.

JFK, FBI, and CIA: playing hardball over an intelligence leak to the New York Times