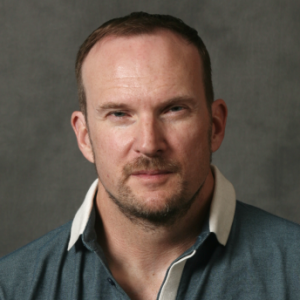 
Specializing in evaluations of players and coaches in sports, gender issues in sports, and competitive balance in sports Why the NCAA needs to pay college athletes 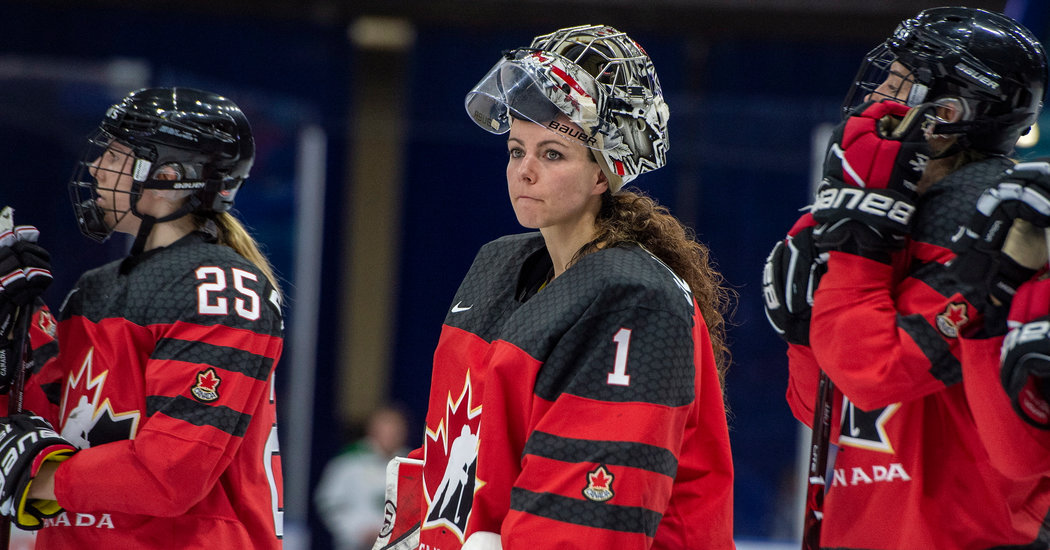 Between the Ice and a Hard Place – What’s the Future of Women’s Professional Hockey?

Dr. David Berri is a professor of economics at Southern Utah University. He has spent the last two decades researching sports and economics, while publishing works on a variety of topics including the evaluation of players and coaches, competitive balance, the drafting of players, labor disputes, the NCAA, and gender issues in sports.

Dr. Berri was the lead author of "The Wages of Wins and Stumbling on Wins" and recently published "Sports Economics", a textbook from Macmillan Publishers. In the past, he has written on the subject of sports economics for a number of popular media outlets, including the New York Times, the Atlantic.com, Time.com, and Vice Sports. Currently, Dr. Berri is writing for Forbes.com.

Dr. Berri graduated from Nebraska Wesleyan University with a bachelor of arts in economics and earned both his master of arts and Ph.D. in economics from Colorado State University. 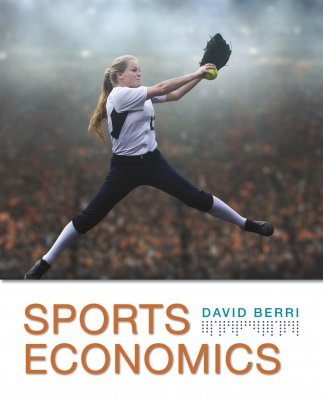 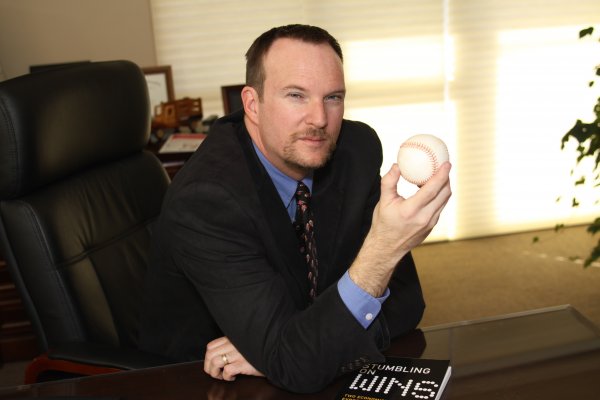 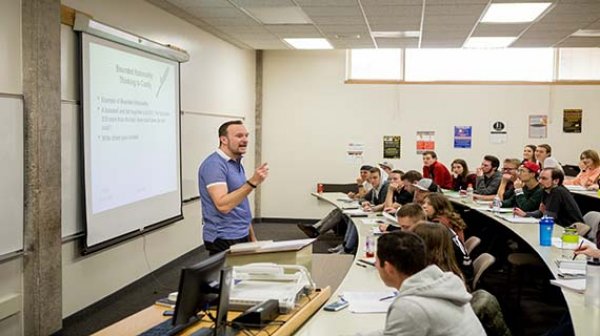 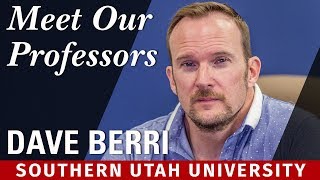 Distrubution of Wealth and Power

Unpaid Athletes in the NCAA

Evaluation of Players and Coaches in Sports

Southern Utah University Board of Trustees, 2013

Scholar of the Year, Department of Economics & Finance (professional)

A typically noisy sports month is silenced by coronavirus cancellations

But what the NCAA says about its standards can be quite different from what it actually does, said David Berri, a sports economist at Southern Utah University who has studied NCAA issues.

David Berri, professor of economics at Southern Utah University, says the problem plaguing the pay scale in women’s sports is the same problem facing women in most industries. “It’s all the same story. Men are making decisions about women’s sports. And the attitude of men seems to be that women should be grateful that they can play at all.”

Apple Podcast: It's Not Just A Game  online

On today's episode of the It's Not Just A Game Podcast, Chrissi Sanders chats with author, sports economist and University of Southern Utah sports business and gender economics professor David Berri about using data and analytics to make better decisions in sports.

When the final buzzer concludes the WNBA season, the players don't rest. Mere days after the season ends, a majority of WNBA players take off to all corners of the world to compete in international basketball leagues that provide the greatest source of their income as professional athletes.

California Has a New Equal-Pay Act for Athletes

Berri, from Southern Utah University, says that legislative action alone doesn’t spur change. There also needs to be continued investment in women’s sports before the playing field is leveled.

Competition between sports for fans' money and attention is increasingly fierce

“The more inclusive you make sports, the wider the market is going to be,” says Dave Berri, a sports economist from Southern Utah University.

Hail to the (Underpaid) Champs: A Long Legacy of Sexism in Sports

David Berri, an economist at Southern Utah University, writing about male and female basketball pay in Forbes: “The NBA pays its players about 50% of league revenue. It appears, when we look at what we know about WNBA revenue and salaries, that the league’s players are receiving less than 25% of the revenue.”

For the purpose of this column, I’ll be defining “underpaid” and “overpaid” based on the data Brett Knight presented in his league-wide evaluation of the most underpaid and overpaid players around the league. As a quick refresher, Forbes uses a method, indebted to Southern Utah University Economist, David Berri, in which we multiply a player’s Wins Estimate Average by the average cost of a win.

Bryce Harper’s record-setting $330 million deal with the Philadelphia Phillies took lots of people by surprise when reporters started tweeting it out Thursday afternoon.

David Berri, a professor of economics at Southern Utah University, found that both leagues have competitive imbalances despite governing under different systems.

WNBA players are still treated like second-class citizens. It’s on the NBA to fix that.

This is what second-class citizenship in pro sports looks like.

Is Overspending Catching Up to These Power 5 Schools?

The general strategy is that “more spending leads to more wins,” said David Berri, a sports economist and professor at Southern Utah. “No, it’s probably the other way around: If you win more, you’ll have more revenue and can spend more money. That’s why we end up with this.”

With NBA Picks, Data Can Only Take You So Far

The NBA draft takes place tomorrow in Brooklyn, when teams make big bets on young players, hoping they might been the next LeBron James or Steph Curry, that once-in-a-generation player who can transform a team's fortunes. But these players are notoriously risky investments.

Why N.H.L. Teams May Not Enjoy the Comforts of Home Ice

Before this Hoops Recruit Chose Indiana, Adidas Made Sure He Stayed Under its Tent

“Even if you’re conservative in your math,” said David Berri, a professor of economics at Southern Utah University, “a player like this is worth well over a million.”

Who Will Cleveland Browns Pick in First Round of 2018 NFL Draft?

With college basketball reeling from scandal, an independent NCAA task force has called for widespread reform of a game that has become a multibillion-dollar business fraught with bribery and fraud.

Should Female Athletes Sue the Networks for Equal Coverage?

Women are conditioned to accept what’s given to them and women athletes are no exception. It’s time for a change.

There is a strong argument that no coach in professional North American team sports has been more successful than Reeve in the past decade.

The Ugly Side of the Beautiful Game Milken institute Review

In a country seemingly rabid only for sports in which players can use their hands, soccer roared into hearts and headlines this summer. The U.S. Women’s National Soccer Team (USWNT) successfully defended its World Cup in July, but it wasn’t just its success on the field that captured the public’s imagination. Rather, each satisfying win rallied more sentiment to a team fighting for equal pay in the courts.

A professional sports league is very much like an orchard. It costs quite a bit of money to get started. And there is definitely a lag between that initial investment and the time your league will bear enough fruit to make your investment seem worthwhile. Unlike an orchard, though, the time it takes a league to be successful is not measured in years. The history of sports leagues tells us it is better to think about this in terms of decades.

A few days ago, it was reported that Anriel Howard was transferring from the Texas A&M Aggies to the Mississippi State Bulldogs. Howard was the most productive player on the Aggies last season, and her addition for the 2018-19 season should definitely help the Bulldogs overcome the departure of Victoria Vivians.

The match between Team USA and Team Canada for the Olympic women's hockey gold medal garnered the highest ratings of any late-night show in NBCSN's history. Since their thrilling win, members of Team USA have done a television victory tour, with appearances on the Today show, Ellen Degeneres' show and Saturday Night Live.

One of the highlights of the Winter Olympics for the United States was the gold medal victory in women's hockey. The deciding game between Team USA and Team Canada was one of the most watched game in late night show in NBCSN history. And after the game, members of this team have been guests on numerous television shows and subjects of a number of articles.

On Sunday, the Detroit Lions defeated the Green Bay Packers for their ninth win, leaving them just shy of the playoffs but ensuring they finished the season with a winning record.

Once upon a time, opportunities for women to play team sports were scarce. Not only were women not encouraged to play, women were actively discouraged. But according to R. Vivian Acosta and Linda Jean Carpenter, as of 2014 more than 3.2 million girls (41.2% of all athletes) played high school sports while more than 200,000 women played college sports.

A few months ago, I argued there is a significant gender-wage gap in professional basketball. While the NBA gives 50% of its revenue to its players, it appears the WNBA pays out only about 20% of its revenue.

What we think about sports is at least partially shaped by the media that covers sports. Once upon a time, sports fans got their news primarily from a newspaper delivered to their house or bought at a newsstand. Today, sports news is primarily found online.

Cleveland Cavaliers Are Struggling, And Numbers Suggest Where To Place The Blame Forbes

Ask a coach why a team won or lost, and you will soon discover a reluctance to credit or blame any one individual. Coaches love to tell people that success and failure is about the team.

Think Women Don't Know Sports? You Don't Know As Much About Sports As You Think Forbes

The story of this misunderstanding begins in the 20th century.

WNBA players are not being treated the same as their counterparts in the NBA. The NBA pays its players about 50% of league revenue. It appears, when we look at what we know about WNBA revenue and salaries, that the league's players are receiving less than 25% of the revenue.

The Key To Winning The Super Bowl: Looking Good Out There? Huffington Post

More than 100 million Americans will likely spend Sunday night watching the Super Bowl. Although it is not quite the same as a FIFA World Cup Final – which had one billion viewers worldwide in 2014 – the Super Bowl is still a big deal in the United States and around the world.

Why Connecticut's dominance isn't such a bad thing can be understood by considering both the history of sports and some basic sports economics. Let's start with some familiar stories from sports history.

Introduction to basic microeconomic principles: price theory, theory of the firm, trade and comparative advantage, public goods, taxation, welfare economics, and industrial organization. Public policy with regard to the environment, consumer protection, and other problems is also examined.

Introduces measurements of national economic performances: GDP, and interest, inflation and unemployment rates. Develops a model to describe the economic situation, and to present the options available to policy makers. Discusses the institutions and constraints that frame policy. International economic issues and the relation of the U.S. economy to the global economy are then examined.

This course seeks to explain the many roles women play in the economy and how those are different (and similar) to the roles played by men. We begin with the important role inclusiveness plays in the economic growth of a nation. We then move to a discussion of the history and present reality of gender bias. This will be followed by a discussion of the theory of economic discrimination, which will then be applied to the discussion of outcomes observed with respect to education, employment, and wages. The course will then discuss “non-market” outcomes related to the economics of the family. Topics included in this section of the course include marriage and divorce, how household tasks are allocated by women and men, and teen pregnancy.

The study of sports economics is specifically an application of microeconomic theory and empirical analysis. By focusing on sports, students can see how the toolkit of economics can be applied to a subject the student already finds interesting. The study of sports economics also sheds light upon a host of important topics, including how to measure the productivity of a worker, whether or not workers are paid a wage consistent with their economic value, the impact of labor unions, racial discrimination, and the efficacy of public subsidies.