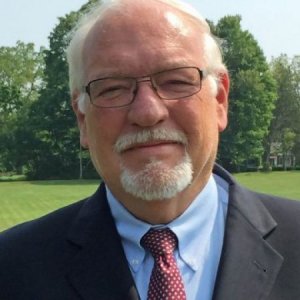 
David L. Carter is a professor in the School of Criminal Justice and Director of the Intelligence Program at Michigan State University.

David L. Carter is a professor in the School of Criminal Justice and Director of the Intelligence Program at Michigan State University. His expertise is in the areas of policing issues, violent crime control, law enforcement intelligence and counterterrorism. A former Kansas City, Missouri police officer, Dr. Carter was Chairman of the Department of Criminal Justice at the University of Texas-Pan American in Edinburg, Texas, for 9 years prior to his appointment at Michigan State in 1985. He has served as a trainer, consultant, and advisor to many law enforcement agencies throughout the U.S., Europe and Asia on various law enforcement issues. In addition, he has presented training sessions at the FBI National Academy, the FBI Law Enforcement Executive Development Seminar (LEEDS), the International Law Enforcement Academy in Budapest, Hungary; the United Nations Asia and Far East Institute (UNAFEI) in Tokyo; special programs for the Royal Thai Police, Hong Kong Police, the British Police Staff College at Bramshill, several British Police Constabularies and police “command colleges” of several states. He also served at the FBI Academy’s Behavioral Sciences Unit, the first academic faculty exchange with the Bureau. Dr. Carter is an Instructor in the Bureau of Justice Assistance SLATT program, author of the COPS-funded publication, Law Enforcement Intelligence: A Guide for State, Local and Tribal Law Enforcement; served as Project Director for three multi-million dollar national intelligence training programs funded by the Department of Homeland Security and co-Project Director of a National Institute of Justice grants to do a nationwide study on best practices and efficacy of law enforcement intelligence initiatives. Dr. Carter was also Team Leader of two Department of Justice assessments of the Homicide Units at the New Orleans Police Department and Puerto Rico Police Department. He is an Academic Fellow of the Foundation for Defending Democracies wherein he studied terrorism in Israel. He is the author or co-author of five books and numerous articles and monographs on policing issues and is a member of the Editorial Boards of various professional publications. Dr. Carter is also a member of the Justice Department’s Global Intelligence Working Group Training Committee and Privacy Committee.

The question of how law enforcement and the national security establishment failed so spectacularly will likely be the subject of intense focus in coming days. David Carter, director of the Intelligence Program at Michigan State University, said that sometimes, the best intelligence in the world doesn't translate into adequate preparedness. Perhaps the security officials responsible for protecting the Capitol simply could not envision that a crowd of Americans would charge through a police line and shatter the glass windows that stood as the only physical barrier to entering the building. “I go back to the 9/11 commission report,” Carter said. “It was a failure of imagination. They didn't imagine something like this. Would you imagine people were going to break into the Capitol and go into the chambers? That failure of imagination sometimes makes us drop the ball.”

Departments that clear at least 80 percent of homicides tend to work closely with the community and other agencies such as the FBI and DEA. They adopt modern advances such as digital forensics and crime analysis. And they embrace the changing role of the homicide investigator – from one who dug for information by “beating the pavement” in the past to one who manages a wealth of information from a network of people and online sources presently. Bottom line: There is no silver bullet to reversing the steady decline in the homicide clearance rate, said lead author David Carter, MSU professor of criminal justice.

More than half of Philly's murders go unsolved

David L. Carter, a professor at Michigan State University who has studied clearance rates, said the community’s willingness to trust police is a vital factor. But he took issue with claims that the new interrogation rules in Philadelphia have stifled investigators.

"If they are told there's a person with a gun acting in a threatening manner, that's what they respond to," said David L. Carter, a professor at Michigan State University who spoke to officers in 27 law enforcement agencies for the 1990 study.

How domestic violence feeds the mass shooting epidemic in America

Given what Michigan State University criminologist David L. Carter told VICE last week about how it's usually easier to catch a suspect or get witnesses to talk when the attacker and victims knew each other, one might expect some of the eye-catching horrors of domestic-related mass shootings stems from the fact that their circumstances and motives are clearer...

Still, this openness to providing data seems to be most prevalent in police departments that are already in cooperative relationships with the federal government. Many of them receive federal grants, observes David L. Carter, a professor in the School of Criminal Justice at Michigan State University. Other participating agencies are already in the "progressive" camp. "In many cases, progressive police executives feel it's 'the right thing to do,' and will volunteer," says Carter in an email. But he thinks others may take a pass, especially if they think data transparency will cost them money. "You will have agencies that have no inherent opposition to the PDI, but it does not really provide them a return on investment."

Journal of Police and Criminal Psychology

2016 The national network of fusion centers, of which there are currently 78 nationwide, was created in response to the terrorist attacks of September 11, 2001 and continue to play an integral role in contemporary law enforcement. Their mission, put simply, is to facilitate information sharing across disparate agencies and organizations. Despite a significant presence within the law enforcement landscape, fusion centers have received relatively minimal scholarly attention. This limited literature alludes to operational challenges and public concerns that inhibit fusion center effectiveness. More specifically, little information is known about how fusion centers develop relationships with external partners as well as institute mechanisms to safeguard against violations of individual privacy. The present research employs a combination of national survey data and three in-depth case studies of fusion centers in Florida, Nevada, and Michigan to provide initial answers to these questions. Implications for improved policy and practice are discussed.

2015 At present, the average homicide clearance rate in the United States is approximately 65%, down roughly 15% from the mid-1970s. This research seeks to inform how police can best improve homicide clearance rates by identifying best practices in homicide investigations. To accomplish this goal, as part of a federally funded project, seven geographically representative law enforcement agencies were identified that had at least 24 homicides in 2011 and had a clearance rate of 80% or higher from which effective investigative practices could be gleaned. Qualitative findings indicate that a strong community policing presence, collaboration with external agencies, and an innovative culture facilitate high rates of homicide clearance. Implications for policy and future research are discussed.

2009 Policing in the post-9/11 era is experiencing a philosophical change that is expanding community-and problem-oriented policing to include the broader philosophy of intelligence-led policing (ILP). Building on the British experience, the application of ILP to American policing has been complicated by a number of challenges.

2006 In recent years, there has been a growth in public concern over police decision-making practices during traffic enforcement. Catch phrases such as “racial profiling,” “driving while Black,” and “driving while brown” typify the public's concern that race and ethnicity have undue influence on police discretion.