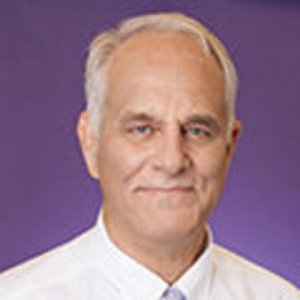 
David Cross develops programs like TBRI to improve the lives of children who have experienced abuse, neglect, and/or trauma.

Dr. David Cross is the Rees-Jones Director of the Karyn Purvis Institute of Child Development and a Professor in the TCU Department of Psychology. Dr. Cross leads the Institute in its triple mission of research, education and outreach to improve the lives of children who have experienced abuse, neglect, and/or trauma. He has authored many peer-reviewed publications about issues regarding at-risk children.

Dr. Cross earned his B.S. from California State University Fresno with a major in Psychology, and then attended The University of Michigan in Ann Arbor for graduate study, beginning in 1980. He earned an M.A. in Psychology and an M.A. in Statistics. He later earned a Ph.D. in Education and Psychology. In 1985, he accepted a position as Assistant Professor in TCU’s Department of Psychology.

Dr. Cross, with his former colleague Dr. Karyn Purvis, co-authored “The Connected Child: Bringing Hope and Healing to Your Adoptive Family” to help adoptive parents understand the needs of children from hard places. “The Connected Child” continues to be a best-seller among adoption books. Together, Drs. Purvis and Cross created Trust-Based Relational Intervention® (TBRI®), a holistic, attachment based, trauma-informed, and evidence-based intervention for children who have experienced relational trauma.

Dr. Cross and his staff at the Institute regularly train professionals from around the world in TBRI®. The Institute is actively engaged in research that not only demonstrates the efficacy of TBRI® as an evidence-based intervention, but also in research about how to grow trauma-informed organizations and communities.

In addition to his responsibilities at the Institute, Dr. Cross teaches many TCU courses including Case Studies in Child Development, Generalized Linear Models, and Graduate Developmental Psychology.

Research, Education and Outreach to Improve the Lives of Children who have Experienced Abuse, Neglect, and/or Trauma

Who can benefit from TBRI® 101? Although the videos were designed for elementary school staff, it turns out that they are suitable for a wide range of contexts. The TBRI® 101 videos were used in an intervention study with adoptive parents, with good results, so we know they are accessible to parents. We actually believe the TBRI® 101 lessons are suitable for almost any context, including homes, schools, clinics, and residential settings, because the emphasis in the whiteboards is on the fundamentals of TBRI®, and not on any particular application or implementation of TBRI®.

TCU staff member changes the world one child at a time

Dr. David Cross is the co-director of the TCU Institute of Child Development and was Purvis’ mentor as she finished her doctorate degree at TCU. Cross, along with Purvis, created a summer camp called The Hope Connection. At this camp, they conducted behavioral and neurological research with at-risk adopted children. “The camp is about 80 percent Karyn and 20 percent me. It’s her baby,” Cross said. “Without her idea and energy, none of it would be possible.”

Journal of Human Behavior in the Social Environment

2019 Studying the attachment representations of child welfare workers can benefit workers and the vulnerable populations they serve. The Adult Attachment Interview (AAI) is the most widely used and well-validated measure of adult attachment but is also costly and time-consuming to score. Linguistic Inquiry Word Count (LIWC), a text-analysis software program, has the potential to lessen the burden of AAI scoring, making it a lower-cost, faster option for providing basic attachment representation information. In the current study, we explore the use of the LIWC in the AAI transcripts of 239 child welfare professionals. Findings indicate that subsets of LIWC categories could distinguish the AAI transcripts of individuals coded as dismissing, preoccupied, and secure-autonomous in attachment. Further, a subset of LIWC categories predicted AAI classification. Specifically, discriminant function analysis revealed two functions, activation and incoherence, that accurately classified 66.2% of AAI transcripts. Implications for the child welfare workforce are discussed.

2017 Previous work has found that child welfare professionals have both higher self-report prevalence of adverse childhood experiences (ACEs) (Howard et al., 2015) and higher rates of insecure attachment (Howard et al., 2013) than normative samples. Although adult attachment and ACEs are both prolific areas of research in the developmental literature, little is known about how attachment representations may affect an individual's report of attachment-related ACEs. The current study investigated the role of attachment classification on disclosure of adverse childhood experiences on a self-report questionnaire and a semi-structured clinical interview in a sample of 228 child welfare professionals. Participants completed the Adult Attachment Interview (AAI) and ACE Questionnaire. Data revealed significant differences in self-report and rated disclosure of adverse childhood experiences by attachment classification. No significant differences were found for participants classified as secure-autonomous. Participants classified as dismissing reported fewer ACEs in their self-report questionnaire than independent scorers rated in their AAI. Participants classified as preoccupied reported more ACEs in their self-report questionnaire than independent scorers rated in their AAI. These differences raise questions and may be concerning for both the child welfare professionals and the families they serve. Specifically, future research should focus on possible consequences of having an insecure internal working model and ways to facilitate secure status for professionals if attachment classification is impacting their decisions regarding families. The current study provides a first step in investigating such relations.

Attention focus and self-touch in toddlers: The moderating effect of attachment security