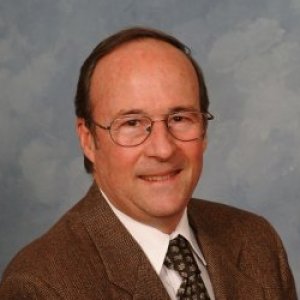 
An expert in animal within property, family and criminal law, as well as wildlife and international animal issues.

Professor Favre has been a law professor for over 40 years and is a pioneer in animal law. He has been interviewed in the national press many times over the past decade for a number of animal welfare, animal rights issues. He has written several articles and books dealing with animal issues including such topics as animal ethics, animal cruelty, wildlife law, the property status of animals, and international control of animal trade. His books include: Respecting Animals, Animal Law and Dog Behavior, Animal Law: Welfare, Interest, and Rights, and International Trade in Endangered Species. He also has presented to international audiences on these topics. He was a national officer of the Animal Legal Defense Fund and of the ABA Committee on Animal Law. He served as interim dean of the Law College from 1993 to 1996 and from 1999 to 2000. He teaches Property, International Environmental Law, and Animal Law.

College of William and Mary: J.D.

Rethinking Our Relationship With Animals

Animals serve humans as laborers, food sources and, in some cases, companions. Michigan State law professor David Favre joins us to think through our evolving relationship with our fellow inhabitants of Earth, which he writes about in “Respecting Animals: A Balanced Approach to Our Relationship with Pets, Food, and Wildlife” (Prometheus Books).

Finding A Middleground In Respecting Animals

There are many intersections where animal meets human-- zoos, family farms, dinner plates, clothing fibers, parks, hunting land and more. There are many ethical choices we make about animals and animal products in our daily lives. We talk to the author of a new book who says our relationship with pets, food, and wildlife can be one of respect with balance.

Moving from Ethics to Law

Marking Progress in US Animal Law

2017 Imagine that a seven-year-old Golden Retriever, named Goldie, has been an adopted part of the Jones family. She is an integrated family member, spending evenings with the human members and often going out with them on walks or trips. One day she is out barking in the front yard and a neighbor gets upset at the noise, calls her over, and stabs her five times with a knife; she staggers over to her yard and dies within minutes. Thirty minutes later she is discovered dead by the 16-year-old daughter of the family.

2012 Currently there is no international agreement that ensures the welfare and protection of animals. Nor is there any international standard that regulates and defines the acceptable treatment of animals. This lack of international consensus leads to the current disparate treatment of animals around the world, echoing the need for an international framework addressing the issue. This Article discusses a proposed umbrella treaty, the International Convention for the Protection of Animals (ICPA). This umbrella treaty would enable animal welfare issues to gain international recognition and protection by setting the general guidelines and polices regarding the treatment and use of animals. This Article argues that this is the best way to successfully pursue international protection by reconciling the conflicting goals of making a treaty enticing to as many countries as possible without eliminating enforcement mechanisms. This Article also suggests four companion protocols that would further delineate specific animal welfare standards and requirements. With the present economic climate, it may be difficult to convince countries to pass such a treaty. However, the ICPA could make it possible to begin the process of enacting groundbreaking international animal protection.

2010 This Article develops the proposition that non-human animals can possess and exercise legal rights. This proposal is supported by the fact that our legal system already accommodates a number of animal interests within the criminal anti-cruelty laws and civil trust laws. To make a more coherent package of all animal-related public policy issues, it is useful to acknowledge the existence of a fourth category of property, living property. Once separated out from other property, a new area of jurisprudence will evolve, providing legal rights for at least some animals. This Article establishes why animals should receive consideration within the legal system, which animals should be focused upon, what some of the legal rights might be, and how the traditional rules of property law will be modified to accommodate the presence of this new category of property.

1993 The last half of the nineteenth century saw the adoption of anti-cruelty laws which became the solid foundation upon which today's laws still stand. As will be discussed, during the 1860's and 1870's Henry Bergh of New York City was a primary force in the adoption, distribution, and enforcement of these laws in the United States. Underlying the changes of the law were parallel changes of social attitude toward animals. This Article will explore the changes within the legal world during the nineteenth century.