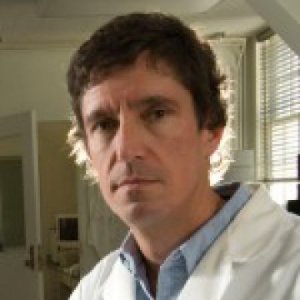 
David Foran is the director of the Forensic Science Program at Michigan State University. 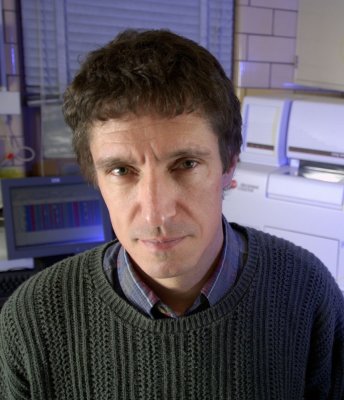 David Foran is a Fellow of the American Academy of Forensic Sciences, is on the Editorial Board of The Journal of Forensic Sciences, and is court qualified as an expert on both nuclear and mitochondrial DNA profiling. He became a research associate at the University of California at Santa Cruz, and then an assistant professor in the Forensic Science Department at the George Washington University in Washington DC, where he developed the forensic biology laboratory. He came to Michigan State in 2002, founding the Forensic Biology Laboratory and graduate track, and became Program director in 2004. The Forensic Science Program at MSU is the nation's oldest and is widely regarded as one of the finest. He and his graduate students aid a variety of local, state, and federal agencies with specialized casework, are advisors to the Michigan Innocence Project, and conduct research on historical cases of broad interest.

Authorities are seeking person of interest in Marcotte murder case

David Foran, director of the forensic science program at Michigan State University, said eye color is relatively easy to determine because it’s controlled by only a few genes, but skin and hair color are a little harder because more genes are involved. As far as determining the suspect’s racial or ethnic makeup, “the odds are they’re correct,” he said, “but there’s certainly a decent chance they’re wrong.”

How do you recover DNA from a crime scene like Brussels?

Just days after the terrorist attacks on Brussels, the French newspaper Le Monde reported that one of the bombers’ DNA was found in the Brussels airport where he blew himself up. That DNA was also found on the suicide vests used in the Paris attacks, where 130 people died in November 2015. How is it that investigators recovered DNA evidence from these explosives? "It’s not easy," says David Foran, the director of the forensic science program at Michigan State University’s School of Criminal Justice. "But it’s not impossible."...

Three MSU faculty members have been selected for a new federal government organization charged with strengthening forensic science in the United States. Todd Fenton, David Foran and Joseph Hefner will serve on the Organization of Scientific Area Committees. The OSAC is a new initiative by the National Institute of Standards and Technology, or NIST, and the Department of Justice to create standards and guidelines for the forensic science field.

As director of Michigan State University's forensic-science program, David R. Foran cringes at television shows like C.S.I. that portray forensic scientists as gun-toting investigators capable of solving a crime with minute evidence in a few days.

2016 Forensic DNA typing is generally dated to 1985 and has become the most commonly performed analysis in the modern forensic science laboratory. The technology and methods have evolved and continue to evolve. Analysis of Short Tandem Repeats (STRs) following polymerase chain reaction amplification is used routinely, but other genetic markers, such as Y chromosome STRs, single nucleotide polymorphisms, and mitochondrial DNA, are also tested. These technologies can be applied to a wide variety of evidentiary specimens and powerfully discriminate individuals. They are commonly introduced into court. In fact, forensic DNA is now considered the “gold standard” of forensic science technologies.

2016 The hawksbill sea turtle (Eretmochelys imbricata) is a highly endangered species, commonly poached for its ornate shell. “Tortoiseshell” products made from the shell are widely, although illegally, available in many countries. Hawksbills have a circumglobal distribution; thus, determining their origin is difficult, although genetic differences exist geographically. In the research presented, a procedure was developed to extract and amplify mitochondrial DNA from tortoiseshell items, in an effort to better understand where the species is being poached. Confiscated tortoiseshell items were obtained from the U.S. Fish and Wildlife Service, and DNA from 56 of them was analyzed. Multiple mitochondrial haplotypes were identified, including five not previously reported. Only one tortoiseshell item proved to be of Atlantic origin, while all others corresponded to genetic stocks in the Indo-Pacific region. The developed methodology allows for unique, and previously unattainable, genetic information on the illegal poaching of sea turtles for the decorative tortoiseshell trade.

2010 Forensic entomologists use size and developmental stage to estimate blow fly age, and from those, a postmortem interval. Since such estimates are generally accurate but often lack precision, particularly in the older developmental stages, alternative aging methods would be advantageous. Presented here is a means of incorporating developmentally regulated gene expression levels into traditional stage and size data, with a goal of more precisely estimating developmental age of immature Lucilia sericata. Generalized additive models of development showed improved statistical support compared to models that did not include gene expression data, resulting in an increase in estimate precision, especially for postfeeding third instars and pupae. The models were then used to make blind estimates of development for 86 immature L. sericata raised on rat carcasses. Overall, inclusion of gene expression data resulted in increased precision in aging blow flies.

2007 Forensic entomology can aid death investigations by using predictable developmental changes to estimate the ages of flies associated with a body. In developmental stages that do not increase in size however, including the egg and pupa, it can be difficult to objectively refine an age estimate beyond the limits of the stage duration. Gene transcript levels, changing throughout development, represent a potential data source useful for objectively identify smaller units of developmental time. The expression of three genes (bcd, sll, cs) was profiled throughout the maturation of blow fly eggs to determine the feasibility of predicting age, identifying significant linear trends in expression during their development. Models estimating egg age made predictions within 2 h of true age when all expression data were available, while the presence/absence of cs transcripts identified two age classes, together indicating that gene expression can be used to more precisely predict blow fly age.

2006 Single copy nuclear loci often cannot be amplified from degraded remains, necessitating the analysis of mitochondrial DNA (mtDNA). The success in analyzing mtDNA is generally thought to result from its higher copy number in the cell; however, other factors, such as cellular location or molecular features, may be equally or more important in the superior preservation of mtDNA. To explore and compare mtDNA and nuclear DNA degradation, mouse tissues (muscle, liver, and brain) were allowed to degrade at different temperatures, and the relative degradation of a mitochondrial gene, a single copy nuclear gene, and a multi-copy nuclear gene was assayed using real-time polymerase chain reaction. The tissues were also homogenized, allowing the three loci to degrade in the same cellular environment. Gene copy number and cellular location both influence DNA recovery. In some instances, multi-copy loci could be recovered when the single copy locus could not; however, the pattern of relative DNA degradation changed between whole and homogenized tissues. The overall results indicate that DNA degradation is influenced by multiple factors—including cellular location, chromatin structure, and transcriptional activity—factors that could be used to exploit loci for more robust forensic analysis from degraded biological material.