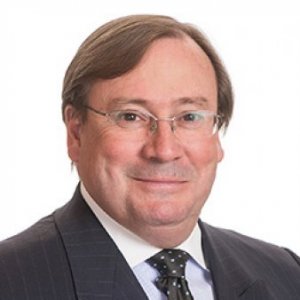 David Gibbins served as Managing Director and Global Head of Foreign Exchange & Commodity Derivatives for RBC Capital Markets' Global Treasury Services from 1996 to 2003. David spent 27 years with Royal Bank of Canada, the past 21 within the trading business. From 1994 to 1996, he served as a Co-Global Head of Forex Sales and Commodity Trading. He served as Vice President and Head of Treasury USA, Latin America and Caribbean, based in New York from 1991 to 1994. From 1989 to 1991, he served as the Chief Dealer of Canadian Money Markets; from 1987 to 1989, he served as Senior Dealer of Interest Rate Derivatives in Toronto and from 1986 to 1988, he served as Senior Derivatives Dealer in London, England. He serves as an Executive Vice Chairman and Member of Board of Advisors of PCAS Patient Care Automation Services Inc. He has been a Director of genworth financial Mortgage Insurance Company Canada since 2007. He serves as Director of Genworth Mortgage Insurance Company Canada, Greenfield Financial Group, and Certifi Media. He has been a Director of Greenfield Commercial Group since January 2004. He serves as a Member of Advisory Board at Accretive Advisor. He serves as a Member of Board of Advisors for Sivault Systems Inc. He served as a Director of Genworth MI Canada Inc. He sat on the Operating Committee of the Global Treasury Services Division, as well as on the Executive Committee of the RBC Capital Markets, the Investment Banking arm of the RBC Financial Group.