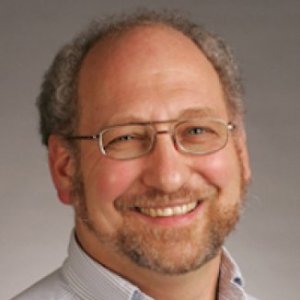 A Phi Beta Kappa graduate of the University of Michigan in psychology and history, Professor David Levine also studied at University College, University of London on the London Exchange Fellowship, researching in the area of developmental psychology. He graduated from the University of Pennsylvania Law School, where he was an editor of the law review and a legal writing instructor.

Before joining the UC Hastings faculty in 1982, Professor Levine lived in New Orleans while serving as a law clerk to Judge Alvin B. Rubin of the US Court of Appeals for the Fifth Circuit and was also an associate in the litigation department of Morrison and Foerster in San Francisco. He served as Associate Academic Dean from 1989-1991 and, for several years, was the advisor for the Civil Litigation Concentration.

He is coauthor or coeditor of seven books, including Remedies: Public and Private and California Civil Procedure, as well as the author of articles on civil procedure, torts and institutional reform litigation. He has served as the Reporter for the District of Nevada's Committee on the Implementation of the Civil Justice Reform Act and as a research analyst for the Northern District of California's Early Neutral Evaluation Program.

Professor Levine has spent semesters as a visiting professor at Leiden University in the Netherlands, St. John's University and New York Law School. He has also taught short courses six times in Italy and England.

UC Hastings Law Professor David Levine said in the past decade, many police departments have made their pursuit policies more strict. Levine said chases are risky and can also be expensive if innocent bystanders are hurt or killed. “There is a risk of liability. There is a risk that the victims will come around and sue the department and say the officers acted recklessly or negligently and put the public in danger,” Levine said...

"The requirement of reporting information is well within the discretion of the Commission," said David Levine, a UC Hastings law professor, who tells KTVU that the CPUC is collecting data necessary to determine whether there is any discrimination in ride-sharing services based on customer disabilities or neighborhood. "Apparently the other companies, Lyft and other competitors have complied," Levin [sic] said, adding that the $7.3 million dollar fine and the judge's order that Uber suspend operations are efforts to get the ride-sharing company to procure the requested data...

On Friday, the U.S. Supreme Court made history by ruling that the Constitution guarantees the right to same-sex marriage nationwide. Gay men and women "ask for equal dignity in the eyes of the law," wrote Justice Anthony Kennedy in the majority opinion. "The Constitution grants them that right." San Franciscans waving rainbow flags outside City Hall tearfully hugged each other after hearing the news, which came right before the San Francisco Pride Celebration and Parade weekend. We discuss the 5-4 decision and what this means for the country.

Supreme Court Clears the Way for Same-Sex Marriage in California

On Thursday, the U.S. Supreme Court upheld a contentious portion of the Affordable Care Act dealing with subsidies. The 6-3 vote was a key win for the Obama administration, thus allowing it to continue offering tax subsidies not just in states with their own health insurance exchanges, but also in states where the insured rely on the federal government exchange.

David Levine, a professor at the University of California Hastings College of the Law, said new questions about the plaintiffs’ legal standing wouldn’t prevent the Supreme Court from reaching the merits of the case, so long as one of the four challengers has a valid legal claim for it to proceed. He added, “If you can’t find better plaintiffs than these people, it does show you how hard it is to find someone who is genuinely hurt.”...

But the justices read the newspapers and are most likely aware of the standing controversy even though it’s conspicuously absent from the briefs. “I would be surprised if somebody doesn’t raise it,” said David Levine, professor at UC Hastings College of Law. “Roberts has always been very strict on standing,” said Chemerinsky, referring to Chief Justice John Roberts. “The conservatives tend to be stricter on standing than the liberals.” If the justices decide the plaintiffs lacked standing, they would most likely dismiss the case as improvidently granted, which means King v. Burwell would be over for now, and opponents of the health care law would need to come up with a new challenge...

An Ode to Obamacare

Comments by some of the plaintiffs did suggest that they experienced serious pain over the fact that Barack Obama is president. “... When he was elected, he got his Muslim people to vote for him, that’s how he won,” one told Facebook. “These are the best they can do?” asked David Levine, a professor at the University of California Hastings College of the Law. Wow. Obamacare must be the greatest law in the history of ... laws...

The Future of Public School Assignments: The San Francisco Experience

University of Windsor School of Law  Windsor, ON

This essay describes some examples of how those with a background in the course in Civil Procedure can use that experience in teaching at least portions of Remedies.

Public School Assignment Methods After Grutter and Gratz: The View from San Francisco

Reparations for Slavery: A Structure for Discussion and Consideration of U.S. Litigation Alternatives

Thoughts on Teaching Remedies from a Public Law Perspective

I teach remedies from a public law perspective. Not surprisingly, this orientation is reflected in the book I helped to prepare. For the purposes of the first part of this short discussion-generating paper, I think I can best describe my orientation to teaching the course by illustrating how that philosophy plays out in the casebook and in the classroom. For the second part of this brief paper, I want to highlight a remedies-related case in which I have been deeply involved in San Francisco, and to discuss how I have tried to use the case in my teaching...

As exposure to asbestos has been recognised äs an important health problem, many potential viclims of asbestos-related diseases have commenced law suits. This article concentrates on the question of compensation for any alleged mental distress, i.e., damage to the psyche. The question of whether to compensate for this type of damage has long been controversial in the law; Claims for the fear of conlracting asbestos-related diseases are no exception. The article discusses the patterns which emerge from cases from courts in many countries, in particular a fairly recent (July 1997) decision from the Supreme Court of the United States, which handles the issue in an overly harsh manner. The article concludes that European courts can handle the legal problems which will arise under traditional concepts of tort law. For the Netherlands there is some evidence that such a claim will be considered favourably. Despite the apparent novelty of these Claims, there is no need for courts to develop artificial rules of liability to handle them.