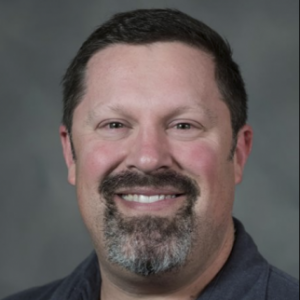 
David Levine's work focuses on laws surrounding intellectual property and its impact on public and private
transparency and accountability.

David S. Levine is an Associate Professor of Law at Elon University School of Law and an Affiliate Scholar at the Center for Internet and Society at Stanford Law School (CIS). Levine was a fellow at Princeton University's Center for Information Technology Policy (CITP) from 2014 to 2017. He is also the founder and host of Hearsay Culture on KZSU-FM (Stanford University), an information policy, intellectual property law and technology talk show for which he has recorded over 250 interviews since May 2006. Hearsay Culture was named as a top-five podcast in the ABA's Blawg 100 of 2008 and can be found at http://hearsayculture.com.

Levine's scholarship, which has been published in several law reviews including Florida, North Carolina and Stanford Online, focuses on the operation of intellectual property law at the intersection of technology and public life, specifically information flows in the lawmaking and regulatory process and intellectual property law's impact on public and private secrecy, transparency and accountability. He has spoken about his work in numerous venues, from the American Political Science Association annual meeting to the Information Society Project at Yale Law School, and internationally.

Active in policy analysis, Levine has made presentations to the negotiators at several negotiating rounds for the Trans Pacific Partnership Agreement (TPP) and Trans-Atlantic Trade and Investment Partnership (TTIP), testified before the Library of Congress, co-authored influential law professors’ letters regarding the TPP, Defend Trade Secrets Act (DTSA), Stop Online Piracy Act (SOPA) and the Anti-Counterfeiting Trade Agreement (ACTA), and is a past member of the North Carolina Mining and Energy Commission's Protection of Trade Secret and Proprietary Information Study Group that was tasked with writing the state's hydraulic fracturing regulations. Having been interviewed and quoted in many media outlets, including NBC News, NPR, and The Los Angeles Times, and he is a recurring contributor to Slate. He was previously a resident fellow at CIS, legislative aide in the New York State Assembly, assistant corporation counsel for the City of New York and in private practice in Manhattan. He holds a BS in industrial and labor relations from Cornell University and a JD from Case Western Reserve University School of Law.

Intersection of Technology and Public Life 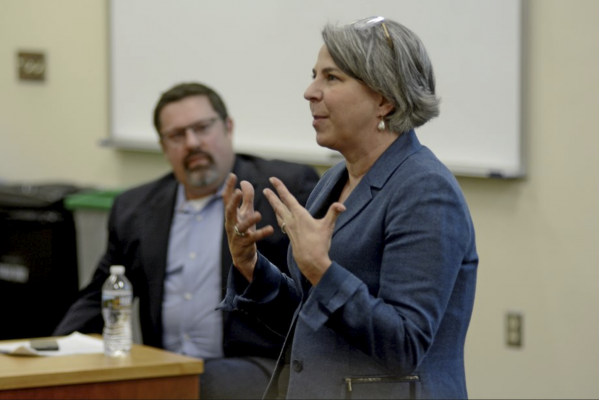 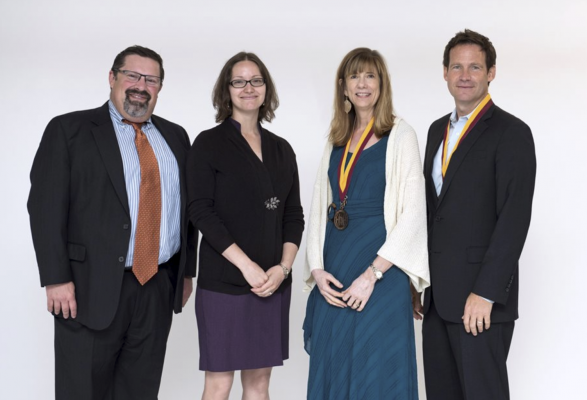 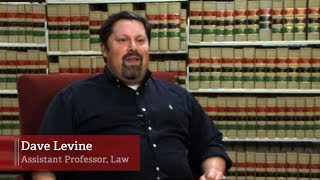 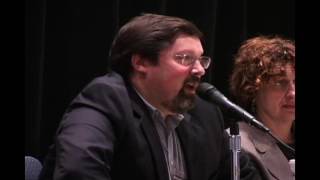 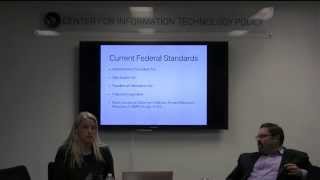 Most of the political tweets you see are from a minority of users, a Pew study says

Associate Professor of Law David Levine recently lent his expertise to a Washington Post article looking at who is posting tweets about U.S. politics on the popular social media platform.

The automated attorney: How artificial intelligence is revolutionizing the practice of law

One study has predicted that 114,000 jobs in the legal field might be automated by 2026, while others show artificial intelligence has accurately predicted legal outcomes between 70 and 80 percent of the time...

Levine said that a privilege of being a law professor is the ability to research and write about important topics. Americans face complex and immediate information law and regulation challenges, Levine said, and he is excited by the prospect of helping to make sense of their meaning, parameters, and potential responses.

“Because privacy, secrecy, and the role of information are relatively new and urgent fields of inquiry, I’m grateful for the opportunity to delve more deeply into these areas now,” Levine said. “Scholarship and teaching go hand-in-hand. This professorship will afford the dual benefits of enhancing my scholarship and informing my teaching, and I’m looking forward to sharing and discussing newly acquired understandings and insights with my students.

Trump’s New App Wants You — and Your Data

To be sure, this doesn’t mean the Trump campaign is doing anything with users’ data — it just means it can. And some users may not know it: David Levine, an Elon University professor and affiliate scholar with Stanford’s Center for Internet and Society, said consumers don’t always read privacy policies. What’s more: Less than half of all Americans knew what a privacy policy was in a late 2014 Pew survey...

Should the Feds See Your Private Data?

The bill’s critics say it won’t deter data breaches and will instead allow companies to quietly share people’s private information with the government sans liability. “Sharing is already a common practice,” and more laws aren’t necessary, says David Levine, a professor at Elon University who drafted a letter decrying the legislation. The proposed law, which includes a Freedom of Information Act exemption, will create a situation ripe for abuse, he says. “Here we have the collection of information from the public while simultaneously denying the public the opportunity to assure that the government is using the information the way it said it would.”...

Why Civic Tech Is The Next Big Thing

“I think that people inside the government want the government to do a better job,” says David Levine, an associate professor of law at Elon University School of Law. “I’m thrilled that the private sector is recognizing opportunities here. We are at the very nascent stage in terms of what is possible.”...

David Levine, a law professor at Elon University, suggests that company executives work with IT staff to spot irregular computer use, which can flag things like flash drives going out the door. He also recommends other internal controls like limiting the distribution of sensitive documents to ensure information doesn’t lose its legal status as a trade secret. Finally, Levine says exit interviews can be an important tool to detect whether an employee’s departure may be part of an early exodus to a competitor...

Secret treaty leaks, Mexico wants copyright extended even more than US does

“When you are negotiating an agreement that impacts rights ranging from access to medicine to the duration of copyright protection, you need to solicit meaningful input from broad constituencies if you want a successful outcome,” David Levine, a law professor at the Elon University School of Law, told Ars. “By leaving the flow of information in the hands of Julian Assange, the negotiators have done much to hasten TPP’s demise by underscoring the hyper-secrecy and lack of public input in the formation of law in extremely broad and controversial areas.”...

The Most Important Trade Agreement That We Know Nothing About

TPP is misleadingly labeled as a trade agreement, making it seem like a relatively narrow and limited agreement involving traditional topics like tariffs and exchange of goods—the sort of government-to-government discussions that seem too esoteric to have much impact on the everyday citizen. It is, in fact, much more than that. As explained by the USTR, TPP is an “ambitious, next-generation, Asia-Pacific trade agreement that reflects U.S. priorities and values.” President Obama, who announced the goal of creating TPP in November 2009, has said that TPP will “boost our economies, lowering barriers to trade and investment, increasing exports, and creating more jobs for our people, which is my No. 1 priority.” That sounds pretty important—and more than a little vague. Unfortunately, we don’t know much about it beyond those platitudes.

Web Darkness, The Day After: Why The SOPA Protests Matter

David S. Levine is assistant professor at Elon University School of Law and an affiliate scholar with the Center for Internet and Society at Stanford University . He is the founder and host of Hearsay Culture, a program on Stanford radio station KZSU-FM.

Wednesday's groundbreaking Internet protest against the U.S. House of Representatives' Stop Online Piracy Act and its companion in the Senate, the PROTECT IP Act, reflects an awareness of the challenge in regulating Internet activities that goes back to its inception as a commercial medium. As I wrote in the letter to Congress that I coauthored with Profs. Mark Lemley of Stanford Law School and David Post of Temple Law School this past July, “The approach taken in [PIPA] has grave constitutional infirmities, potentially dangerous consequences for the stability and security of the Internet's addressing system, and will undermine United States foreign policy and strong support of free expression on the Internet around the world.”

It is now received wisdom that a properly functioning democracy requires transparency and accountability — information shared with the public that allows the public to know what its government is doing. It is equally uncontroversial to say that social media allows for an unprecedented amount of informal but structured dissemination and analysis of information. Despite these two basic points, U.S. freedom of information law has failed to harness the power of these new social media networks and, more importantly, formats in a way that amplifies public knowledge of government information. Because of that harsh reality, a modern transparent democracy is impeded.

This Article argues that, from a theoretical perspective, governments should reorient their thinking about social media to focus on its indirect value as an information formatting construct rather than as purely a direct tool for distributing information. Once social media’s impact on freedom of information is properly understood, it follows that governments should provide information in structured and useful formats that are socially optimized to best meet the public’s analytical needs so that the social layer of government information can flourish. From a practical perspective and to meet this theoretical imperative, FOIA can be modestly amended to allow for the public’s development and exploitation of the social layer of government information.

The negotiations of the international Anti-Counterfeiting Trade Agreement and Trans Pacific Partnership Agreement have been conducted largely in secret, elevating intellectual property piracy to the level of national security concerns for purposes of accessing information through the Freedom of Information Act (FOIA). However, the level of actual secrecy has been tiered, with corporate interests enjoying far more access to negotiation information than the general public. At the same time, similar intellectual property issues were negotiated in the relative transparency of Congress’ debate over the Stop Online Piracy Act and PROTECT IP Act, allowing for much greater public involvement. With national security concerns as the backdrop, the focus of this Article is the use of national security arguments to prevent the public, and more specifically, public experts (i.e., the “nerds”) from accessing information through FOIA about the creation of international intellectual property law. The Article proposes ways to address the information failures existing in international intellectual property lawmaking and international lawmaking more generally from policy and, as introduced in this Article, theoretical perspectives.

The negotiations of the Anti-Counterfeiting Trade Agreement (ACTA) have been marred by a level of attempted secrecy heretofore unseen in international intellectual property lawmaking. Simultaneously, the Freedom of Information Act (FOIA) has been used in several significant national contexts to prevent the disclosure of data and information in ways that call into question its efficacy as an effective regulation of governmental knowledge. This paper seeks to tie together these two recent developments in order to (a) prevent future international intellectual property law negotiations from being unduly secret and (b) encourage Congress to consider reforming FOIA in light of current public expectations and technological capabilities for transparency and accountability.