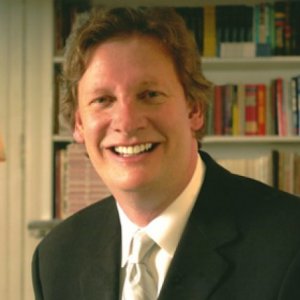 DAVID MOREY, Vice Chairman of Core Strategy Group and CEO of DMG, is one of America’s leading strategic consultants. He is the award-winning co-author of The Underdog Advantage (McGraw Hill), and has helped add hundreds of millions of dollars in revenue and value to a wide range of Fortune 500 companies. Mr. Morey has worked with some of the world’s top business leaders –and he has advised five Noble Peace Prize winners and twelve winning global presidential campaigns, including that of the 44th President of the United States, Barack Obama.

Over the years, Mr. Morey has served as Adjunct Professor of International Affairs at Columbia University, and recently was Chairman of the Council on Foreign Relations' Task Force on Public Diplomacy. He was a four-time All-American Decathlon competitor, IC4A Champion and a member of several U.S. national teams.

It’s the toughest environment in business history. Today, 95% of start-up businesses fail by their 10th year—as do 80% of corporate products. For all companies, these are remarkably topsy-turvy times. It’s the toughest time in history for the incumbent. David Morey is one of America’s most sought after speakers. He brings alive the insurgent strategies that helped him win presidential campaigns on four continents and advise some of the best CEOs and companies around the world.