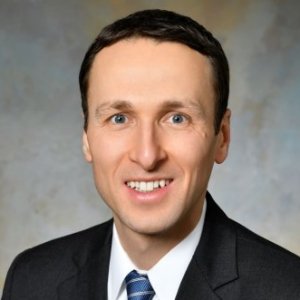 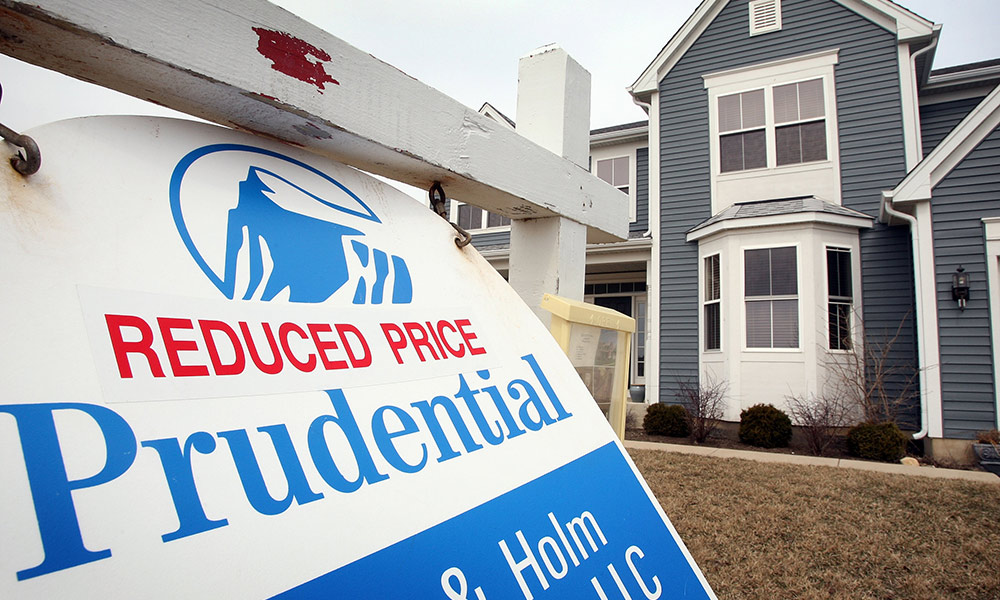 The Great Recession: The downturn that wouldn’t end

Another shutdown? Let our experts explain if there's a reason to worry about the economy 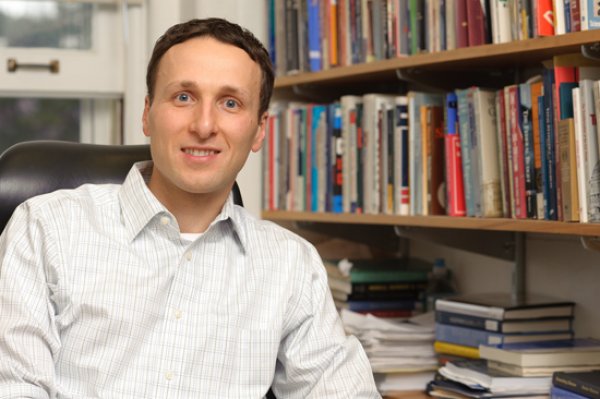 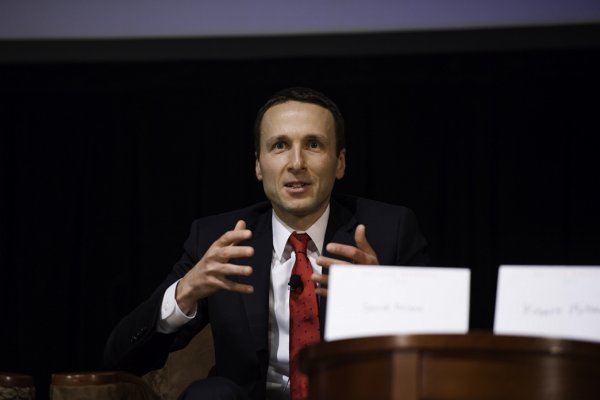 David M. Primo is the Ani and Mark Gabrellian Professor and an associate professor of political science and business administration at the University of Rochester.

He is the author of three books, including the award-winning Rules and Restraint: Government Spending and the Design of Institutions, and numerous journal articles. He is currently at work on his fourth book, tentatively titled Campaign Finance and American Democracy: What the Public Really Thinks and Why It Matters. His research has been supported by several organizations, including the National Science Foundation.

Primo has published op-eds in national news outlets including the Wall Street Journal, New York Times, USA Today, and Los Angeles Times, and he’s been interviewed on radio and television stations including National Public Radio, Bloomberg, and Sirius XM. He has testified before Congress multiple times on the subject of constitutional budget rules and budget process reform, and his campaign finance research was cited in 2011 by Chief Justice John Roberts in a US Supreme Court decision regarding the public funding of elections.
In 2014, Primo created the Politics and Markets Project, which fosters education, research, and debate about the appropriate relationship between business and government in the 21st century. The panel events Primo moderates as part of PMP programming bring together experts from across the political spectrum to debate controversial issues in a civil fashion.

Primo teaches courses in American politics, corporate political strategy, and innovation and global business. He joined the Rochester faculty in 2002 after receiving his PhD in Political Science from Stanford University, where he also received an MA in Economics. He is also a senior affiliated scholar with the Mercatus Center at George Mason University.

Op-ed: Personal Data About Small-Donor Democrats Is All Over the Internet

One of the largest single disclosures of small-donor information in American history took place on July 31. On that day, the names, addresses, occupations and employers of at least 2.3 million people who contributed money to 2020 Democratic presidential candidates were listed on the internet for all to see. The culprits were not Russian hackers or disgruntled tech workers, but the Democratic presidential candidates and the federal government.

U.S. Sen. Bernie Sanders likes to talk up grassroots support of his presidential campaign, and one of his favorite metrics is individual donations. "I feel very good with the fact that we have now received some 2 million individual contributions — which I think is an all-time world's record — up to this point, averaging all of $19 apiece," Sanders said in a recent interview with MSNBC's Rachel Maddow. Could we fact-check that? Not under today's campaign finance rules. "Under federal campaign finance laws, contributions from a single individual to a single candidate do not have to be reported until they exceed $200, so, unless Sanders chooses to voluntarily disclose the information for small contributions in his FEC filings, there is no way to verify the information," said David Primo, a professor of political science and business administration at the University of Rochester in New York. "It would be interesting to see how Sanders' numbers compare with other candidates" in the 2020 race, said Primo.

Boeing has a New Problem

There's a new problem with Boeing's troubled 737 Max plane, the aircraft that was involved in those two fatal crashes in Indonesia and Ethiopia. Boeing says the Federal Aviation Administration has asked it to “address” the problem through the software changes it's already making to the 737 Max. The problem appears to be related to how pilots can control the jet if the system that automatically pushes its nose down malfunctions. “You know, planes fly themselves to a large degree, but it's the judgement of the pilot in those one-in-a-million shots that is going to make the difference between that plane landing and that plane not landing,” said David Primo, who teaches political science and business administration at the University of Rochester.

When corporations take a stance on divisive issues

Corporations such as Nike and Chick-fil-A have made headlines by taking positions on divisive issues. But is it wise for corporations to take political stands? How does doing so affect their image, customer loyalty, and ultimately their bottom line? David Primo, the Ani and Mark Gabrellian Professor and an associate professor of political science and business administration at the University of Rochester, appeared recently on Capitol Pressroom, a WCNY radio production, to discuss mixing advocacy and business.

One Cut Not Seen in Trump Budget: the Debt

US News and World Report

The Trump budget seeks to cut spending by slicing away at non-military, domestic programs. Aside from whatever impact those cuts would have on various groups of citizens, experts say, such budget cuts would do little to get at the behemoth-sized debt and deficit. It's what David Primo, a professor of political science and business administration at the University of Rochester, calls the "Starbucks latte" fallacy – that if an individual is trying to get a personal budget under control, the thing to do is to eliminate the daily pricey coffee drink. In fact the federal budget – and most people's personal budgets – require far more structural and dramatic changes to become balanced and healthy, he says. "It doesn't work – not in personal finance and not in government finance," Primo says. "I think it would be very difficult to find a political scientist or economist who thinks we can deal with the nation's fiscal issues by making cuts in domestic spending."

A Concise History of Presidential Commentary on the Stock Market

Trump often talks about the market and uses it as a barometer of his success. Since his election, he's tweeted about stocks more than 35 times. “President Trump, unlike previous presidents, has staked much of his economic success on the stock market. It's not crazy in that sense to encourage people to buy stocks,” said David Primo, associate professor of political science and business administration at the University of Rochester. “It's atypical for presidents generally, but given the way the president has developed his economic platform, it's not that unusual.”

Airports across the country are seeing TSA security screeners calling out from work as the country enters the third week of a partial government shutdown. TSA employees are expected to work without pay during the partial shutdown because their jobs are considered essential. David M. Primo, an expert in airport safety and security and a professor at the University of Rochester in Rochester, New York, said flight security is not a risk but there could be inconveniences should call outs from TSA agents continue. “If the walkout grows significantly, there may be increased wait times at checkpoints, or worst-case scenario, some checkpoints might close, leading to delays and flight cancellations. But those are inconveniences, not threats to the security of the nation's skies,” he said.

What investors feared was an indecisive election. Once the winner became clear, confidence returned.

Washington’s uncertain signals on everything from taxes to health care force businesses to be cautious.

Co-authored by Trung A. Dang, the op-ed looks at how much investors care about U.S. elections.

Interviewed by Mark Koba about the impact of the Dodd Frank financial reform bill.

Rochester political scientist David Primo says Americans should be worried when politicians discuss the need to control the media. The debate follows in the wake of targeted Russian misinformation campaigns on social media during the last general election. Congress is currently considering legislation that would regulate political advertising on social media...

Op-ed: It's Not the Economy Stupid -- It's Entitlement Spending

Opinion piece about the political impact of the economy during election periods.

Clifford Smith, the Louise and Henry Epstein Professor of Business at the Simon Business School, and David Primo, the Ani and Mark Gabrellian Professor and associate professor of political science and business administration offer their thoughts on how a fundamental understanding of economics helps us make better decisions and influences how we think about our complex and connected world...

The flawed methodology behind the recent 'State Integrity Investigation.'

The stimulus act taught us that the country would be better served if the president did less tinkering in his budget and more leading.

2018 The role of corporations in the US political process has received increased scrutiny in the wake of the US Supreme Court’s Citizens United decision, leading to calls for greater regulation. In this paper, we analyze whether policies mandating greater disclosure and shareholder approval of political contributions reduce risk and increase firm value, as proponents of such rules claim. Specifically, we examine the Neill Committee Report (NCR), which led to the passage of the United Kingdom’s Political Parties, Elections, and Referendums Act 2000 mandating new disclosure and shareholder approval rules. We find that politically active firms did not benefit from the NCR in the days after its release and suffered a decline in value in the months and years that followed. Politically active firms also suffered an increase in risk, as proxied by stock return volatility, following the release of the NCR. We theorize that these findings are due to the reduced flexibility these rules impose on corporate strategy as well as the potential for these rules to facilitate political activism against corporations.

2016 By incorporating electoral uncertainty and policy dynamics into three two-period models of the appointments process, we show that gridlock may not always occur under divided government, contrary to the findings of static one-shot appointments models. In these cases, contrary to the ally principle familiar to students of bureaucratic politics, the president or the confirmer is willing to move the court away from his or her ideal point as a way to insulate against worse outcomes in period two. By demonstrating how a simple set of changes to a workhorse model can change equilibrium outcomes significantly, this paper provides a foundation for reconsidering the static approach to studying political appointments.

2016 This article uses item response theory (IRT) to advance strategic management research, focusing on an application to corporate social responsibility (CSR). IRT explicitly models firms’ and individuals’ observable actions in order to measure unobserved, latent characteristics. IRT models have helped researchers improve measures in numerous disciplines. To demonstrate their potential in strategic management, we show how the method improves on a key measure of corporate social responsibility and corporate social performance (CSP), the KLD Index, by creating what we term D-SOCIAL-KLD scores, and associated estimates of their accuracy, from the underlying data. We show, for instance, that firms such as Apple may not be as “good” as previously thought, while firms such as Walmart may perform better than typically believed. We also show that the D-SOCIAL-KLD measure outperforms the KLD Index and factor analysis in predicting new CSR-related activity.

This paper proposes a framework for studying the relationship between fiscal policy and state constitutions in terms of direct and indirect fiscal restraints and pressures.

Disclosing Disclosure: Lessons from a “Failed” Field Experiment The Forum: A Journal of Applied Research in Contemporary Politics

In a recent issue of The Forum, Fortier and Malbin call for more research into the effects of disclosure requirements for campaign finance. In this paper, we report the results of a field experiment designed to assess whether such rules dissuade potential contributors due to privacy concerns.

This paper proposes a framework for studying the relationship between fiscal policy and state constitutions in terms of direct and indirect fiscal restraints and pressures. Fiscal restraints such as balanced budget rules limit the scope of government, while fiscal pressures such as education rights expand or place demands on government.