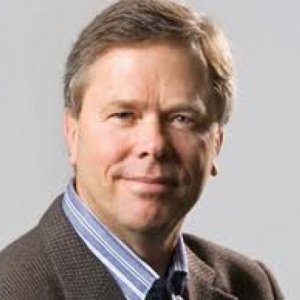 David Skok joined Matrix Partners as a General Partner in May 2001. He has a wealth of experience running companies. David started his first company in 1977 at age 22. Since then David has founded a total of four separate companies and performed one turn-around. Three of these companies went public.

David joined Matrix from SilverStream Software, which he founded in June 1996. Prior to its July 2002 acquisition by Novell, SilverStream was a public company that had reached a revenue run rate in excess of $100M, with approximately 800 employees and offices in more than 20 countries around the world.

David’s work as a value added investor is best known for helping JBoss take its Open Source business to a successful exit with its sale to Red Hat, and for helping AppIQ, Tabblo and Diligent Technologies, which have all had successful exits, from their inceptions to their acquisitions by HP and IBM. David serves on the boards of CloudBees, CloudSwitch, Digium (makers of the very popular Asterisk Open Source PBX/telephony software), Enservio, HubSpot, OpenSpan, Solidworks, and VideoIQ.

In addition to his broad focus on enterprise software, David is specifically focused on the areas of cloud computing, Open Source, Software as a Service (SaaS), marketing automation, virtualization, storage, and data center automation.

David writes a blog for entrepreneurs and startups on topics such as viral marketing, SaaS metrics, building a sales and marketing machine, techniques for lowering cost of customer acquisition, etc. The blog can be found here: www.forEntrepreneurs.com.

Recent popular posts on David’s blog include:
SaaS Metrics – A Guide to Measuring and Improving What Matters
Startup Killer: the Cost of Customer Acquisition
Lessons Learned – Viral Marketing
Designing startup metrics to drive successful behavior
Lessons from Leaders: How JBoss did it

Marketing 2.0 - How the Web Has Changed Marketing

Building a Sales and Marketing Machine

How to design and build a sales and marketing process that is predictable, scalable, automated, well instrumented, and cost efficient. The keys to success are understanding how your customer needs to be motivated at each step of the process, and how to use the latest software technologies.