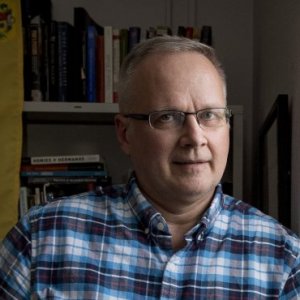 Charles A. and Leo M. Favrot Professor of Human Relations and and Senior Associate Fellow at CIPR | Tulane University


David Smilde is an expert in the sociology of culture, sociology of religion, social movements, political sociology and Latin America. 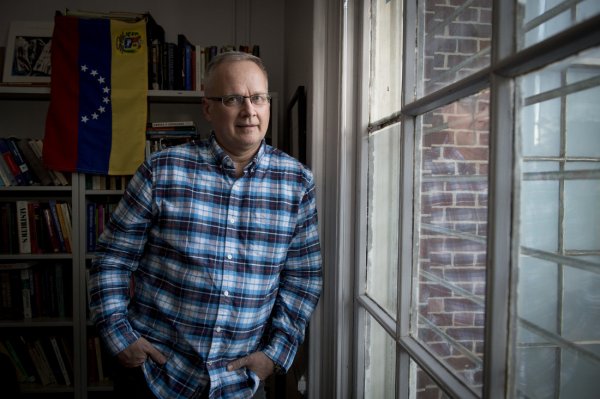 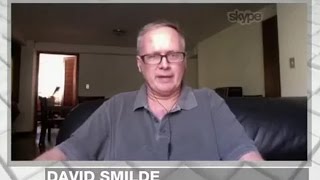 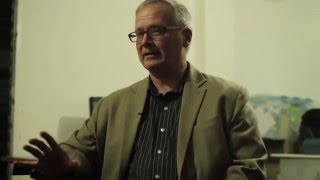 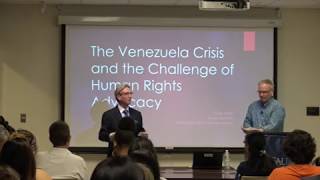 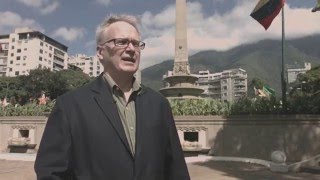 David Smilde recently completed a special issue of Latin American Research Review entitled "Lived Citizenship and Lived Religion in Latin America's Zones of Crisis." His co-editors are Jeff Rubin and Ben Jung, and he brought together a group of articles that look at the way people address contexts of crime, violence and political conflict through religious practices and with the help of religious institutions and professionals.

Smilde is currently developing a neo-Weberian framework for understanding the current political conflict in Venezuela. The goal is to develop a perspective that recognizes the struggle against social, cultural and economic inequalities at the same time that it criticizes the concentration of political power. He will use this framework to rethink a book manuscript he had close to completion when Hugo Chávez passed away in 2013.

With a Venezuelan colleague, Smilde is close to finishing data collection for a project on students and socialism in Venezuela. Hugo Pérez Hernáiz and Smilde seek to understand how "21st Century socialism" appeals to young people in Venezuela, why it makes sense to them and how they think it is different from 20th C socialism. The results should help them understand the growth of illiberal ideologies and movements more broadly.

A humanitarian crisis in Venezuela? Nothing to see here, government says

“It’s immoral what they’re doing — denying the crisis,” said David Smilde, a Venezuela expert at Tulane University. “But from their point of view, they have a huge motivation to not admit the extent of the crisis and therefore offer a compelling argument for military intervention”...

Caracas has an eerie feel of a modern city whose inhabitants are permanently on vacation,” said David Smilde, senior fellow at the Washington Office on Latin America. “The buildings, streets and highways are the same as before but with half the traffic, half the pedestrians and less than half of the goods and services on sale”...

David Smilde from the Washington Office on Latin America said Maduro's "plan is not coherent." One of the main problems centres around the new bolivar being anchored to the petro, "which is backed by oil, which is itself calculated in dollars," said Smilde.

David Smilde of the Washington Office on Latin America talks with NPR's Lulu Garcia-Navarro about what the Venezuelan government says was an assassination attempt on the president on Saturday.

“These protests are coming from people of the lower classes who simply cannot get enough to eat,” said David Smilde, a senior fellow at the Washington Office on Latin America, who has spent decades researching Venezuela. “They want relief, not necessarily to force Maduro from power”...

De‐Centering and Re‐Centering: Rethinking Concepts and Methods in the Sociological Study of Religion

Journal for the Scientific Study of Religion

2011 Four conceptual and methodological edges or areas of study are outlined. They are located near what have been the boundaries between the sociology of religion and other subfields, where we believe a potential exists to encourage a wide range of scholars to revisit some central concepts. Paying attention to these edges—as a means to de‐center to re‐center our debates in new ways—not only broadens and deepens our knowledge of the “religious,” it encourages us to reexamine long‐standing conceptual tools, unquestioned assumptions, and accepted methods in the sociology of religion. We illustrate these edges through a review of recent literature and examples drawn from our current empirical projects.

Contradiction Without Paradox: Evangelical Political Culture in the 1998 Venezuelan Elections

2008 Venezuelan Evangelicals' responses to candidates in that country's 1998 presidential election seem to confirm the view that their political culture is inconsistent, contradictory, and paradoxical. Not only were they just as likely to support nationalist ex–coup leader Hugo Chávez as was the larger population, they also rejected Venezuela's one Evangelical party when it made a clientelist pact with the infamous candidate of Venezuela's discredited Social Democratic party. This article uses concepts from recent cultural theory to analyze qualitative data from these two cases and make sense of the contradictory nature of Evangelical politics.

A Qualitative Comparative Analysis of Conversion to Venezuelan Evangelicalism: How Networks Matter1

2005 While the influence of networks in conversion is among the most established findings in the sociology of religion, relatively little is known about how and why they have their influence. In this study the author finds the social conformity theorization most often used in network analysis important but incomplete. Network ties are frequently influential despite little or no direct contact between ego and alter and little or no motivation to conform. Similarly, “structural availability” works not only by freeing an actor from conformity‐inducing constraints but also by indicating a relative absence of social and cultural support. This absence motivates individuals for religious innovation. Finally, while network location strongly determines who converts, the individual experience of life problems remains a causal factor, and, in a small but irreducible number of cases, actors clearly exercise agency over their network locations.

2003 Research on the dramatic growth of Pentecostal Christianity in Latin America has centered on the idea that participation in Pentecostalism is a cultural strategy with which poor Latin Americans overcome substance abuse, step out of crime and violence, and address conjugal conflict. However, such “intentional” belief violates the idea of the relative autonomy of culture, and sociologists have generally thought that such an attempt would be self-defeating—falling to what is referred to as the “instrumental paradox.” Here I argue, with reference to data from fieldwork with Pentecostal men in Caracas, that three aspects of narrative—the play of canonicity and particularity, the predication of intention and agency, and the predication of temporality—permit actors to skirt the instrumental paradox.

1998 Social scientists studying Pentecostalism in Latin America have argued that it is political in the identities, expectations, and social formations it creates; and that it could have important political consequences in the future. But do Pentecostals themselves think about their role in changing society? In this article I conceptualize the “religious frame” of Venezuelan Pentecostals and explore it using data from qualitative interviews. The results show that these Pentecostals see social problems as the result of wrong relations between humans and the supernatural realm. The solution therefore arises from religious action that seeks to order the relations between humans and the supernatural. This vision represents the common thread that runs through the type of involvement Pentecostals themselves propose, and the particular opportunities and dangers they see in common forms of secular social action. In the conclusion, I use this conceptualization to assess their future political impact.