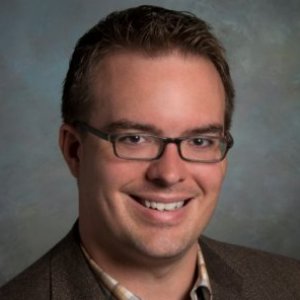 Dr. Stahlman’s expertise centers around animal learning, behavior, comparative cognition, creativity and problem solving, and the questions of freedom and determinism. In particular he has conducted research on behavioral variability, problem solving and creativity in animals such as rats, and the study of simple learning and anti-predator behavior in hermit crabs.

He is an author of a chapter, “There is room for conditioning in the creative process,” published in The Neuroscience of Creativity. In addition, his articles have appeared in peer-reviewed journals, including the Journal of Experimental Psychology: Animal Behavior Processes, Learning & Behavior, the International Journal of Comparative Psychology, Behavioural Processes, Animal Behaviour, and Learning & Motivation. He has presented his research at national symposiums, including the Conference on Comparative Cognition and the annual meetings of the Psychonomics Society and the American Psychological Association.

The Coelacanth Still Lives: Bringing Selection Back to the Fore in a Science of Behavior

2018 There is little scientific debate regarding the validity of Darwin’s theory of evolution by natural selection, which effectively describes how relevant ancestral histories produce both an organism’s genetic characteristics and innate behavioral repertoires. The combination of variation and selection in the production of novel forms can be extended beyond Darwinian theory to encompass facts of ontogeny. The present article sheds light on an underappreciated and critical insight, namely, that the consequences of behavior have a selective effect analogous to that observed in biological evolution. Three levels of environmental selection (phylogenic, ontogenic, and cultural) constitute a full account of the causes for action. This perspective identifies the relevant functional contingencies of which behavior is a product, it accurately and parsimoniously predicts a wide variety of disparate behavioral findings, it resolves old debates on nativism and empiricism, it unites psychological science under a central organizing principle, and it specifies psychology’s position in relation to biology. Wholesale adoption of this perspective should be considered a positive advance for the field of psychology.

Midsession shifts in reward probability and the control of behavioral variability

2016 Extensive research has shown that the variability of organismal behavior is great when contingent reinforcement is delayed, small, or improbable. This research has generally employed stable response-reinforcer relationships, and therefore is limited in its explanatory scope with respect to a dynamic environment. We conducted two experiments to investigate whether pigeons' conditioned pecking behavior shows anticipatory or perseverative patterns of behavioral variability when the reinforcement probability reliably changes within experimental sessions. In Experiment 1, three pigeons received alternating sessions in which the reinforcement probability (35% or 4.2%) was shifted at the midpoint of each session in the presence of the same discrete cue. Experiment 2 featured a similar design, but with the inclusion of a discrete visual cue that changed at the session midpoint, and thus unambiguously indicated reinforcement probability. Local reinforcement rates only reliably controlled response variability when a discrete visual cue was available. Without this, pigeons did not discriminate between trial types in the first halves of sessions, and showed evidence of perseveration of response variability following a within-session shift. Critically, this is the first experimental demonstration that the relationship between reinforcement probability and behavioral variability is moderated by another factor (i.e., trial position within a session). This study thus expands our understanding of the control of behavioral variability as a function of experiential factors.

2014 The relationship between behavioral variability and reward expectation has been examined in recent years. This relationship is predictive: when an animal has a low expectation of reinforcement for a particular behavioral set, they engage in high levels of variability in their actions. We conducted two experiments to further investigate this relationship using a novel measure of behavioral variability. In Experiment 1, two groups of rats were trained to travel through a column maze, with many possible reinforced pathways, to receive either their maintenance diet (i.e., chow) or a highly palatable sugary reward (cereal). We hypothesized that animals trained with a maintenance-diet food source (chow) would demonstrate more variation in the pathways taken to the goal location than those animals trained with the highly palatable alternative. In Experiment 2, all rats were trained to travel through the maze to receive alternating outcomes of chow or cereal in a within-subjects design. Results from both experiments indicated that rats emitted greater variability in paths taken to the goal when the reinforcer was the maintenance chow. These results corroborate the relationship between reward and behavioral variability in a new behavioral measure.

2014 There has been a recent surge in the experimental investigation of the control of behavioral variability. Currently, it is understood that variability in behavior is predictably modulated by reinforcement parameters (e.g., a probability of reward delivery and reward magnitude). In two experiments, we investigated how spatial proximity between response and reward locations impacts the production of behavioral variability in both response rate and lever press duration. Rats were trained to lever press on two levers in a standard operant chamber that only differed from one another in their proximity to a food niche (i.e., Near vs. Far); a second experimental factor, the probability of reward, was signaled by an auditory cue. In Experiment 1, trials with a high-probability stimulus terminated with reward on 100% of trials, while trials with a low-probability stimulus terminated with reward 25% of the time. We conducted a similar procedure in Experiment 2, but reduced the likelihood of reward on low-probability trials to 10%; additionally, we collected data in a post-acquisition extinction test. Overall, reduced proximity and probability increased variation of response rate, whereas only the probability factor affected lever press duration. Proximity also interacted with probability to influence variation in response rate. These findings extend the factors modulating behavioral variability to include the spatial proximity between a response and reward.

Selections on the empirical and theoretical investigations of behavioral variability: an introduction to the special issue

2014 Though the Harvard Law is much a tongue-in-cheek, wry statement for researchers to evoke when their investigations do not go as planned, it holds a critical reminder for those who would set out to forecast the behavior of organisms. Namely, it suggests an important role for the unpredictability inherent to behavior. The Law subtly indicates that this unpredictability is neither due to measurement error, nor due to an incomplete understanding of the factors that control behavior, nor owing to improper control of the relevant observational parameters. Instead, due to intrinsic stochasticity, behavior retains a degree of necessary unpredictability. In other words, while researchers can readily make accurate predictions regarding typical behavior when collecting many data, they must necessarily struggle to accurately predict a single organism’s behavior at a given instant in time. Behavior appears to be probabilistic in nature, not determined ...

There Is Room for Conditioning in the Creative Process: Associative Learning and the Control of Behavioral Variability

2013 Variation in behaviour is an essential ingredient and necessary precondition for creativity. This chapter explores the role of associative learning processes in the generation of behavioural variability. Behavioural variability can be explicitly selected through reinforcement. Importantly, operant variability appears to reflect instrumental control of a stochastic process, rather than the dynamics of a memory process. Furthermore, variation in behaviour spontaneously increases as the expectation of reinforcement decreases. Expectation-induced variability is functionally relevant for generating novel solutions, and is linked to the unusually high creative output found in patients suffering from mood disorders, such as depression and bipolar disorder. Basal ganglia pathways in vertebrates appear to be centrally involved in modulating the trade-off between variability versus stereotypy in behaviour.

2012 There is much interest in studying animal personalities but considerable debate as to how to define and evaluate them. We assessed the utility of one proposed framework while studying personality in terrestrial hermit crabs (Coenobita clypeatus). We recorded the latency of individuals to emerge from their shells over multiple trials in four unique manipulations. We used the specific testing situations within these manipulations to define two temperament categories (shyness-boldness and exploration-avoidance). Our results identified individual behavioral consistency (i.e., personality) across repeated trials of the same situations, within both categories. Additionally, we found correlations between behaviors across contexts (traits) that suggested that the crabs had behavioral syndromes. While we found some correlations between behaviors that are supposed to measure the same temperament trait, these correlations were not inevitable. Furthermore, a principal component analysis (PCA) of our data revealed new relationships between behaviors and provided the foundation for an alternate interpretation: measured behaviors may be situation-specific, and may not reflect general personality traits at all. These results suggest that more attention must be placed on how we infer personalities from standardized methods, and that we must be careful to not force our data to fit our frameworks.

2012 Recent research has demonstrated that the topography of defensive reactions depends on factors that are extraneous to the stimulus that elicits the defensive response. For example, hermit crabs will withdraw more slowly to the approach of a simulated visual predator (i.e., the eliciting stimulus) when in the presence of a coincident acoustic stimulus. Multiple properties related to the magnitude (e.g., duration, amplitude) of the acoustic stimulus have been found to modulate the crabs' withdrawal response (Chan et al., 2010b). We demonstrate that the proximity in spatial location between a threatening visual stimulus and a potentially distracting extraneous auditory stimulus is an important determinant of anti-predator behavior in hermit crabs. We suggest that a distal relationship between the eliciting stimulus and an unrelated signal may produce greater distraction. This marks the first reported experimental evidence of this relationship in an invertebrate species.

2011 Responses to innocuous stimuli often habituate with repeated stimulation, but the mechanisms involved in dishabituation are less well studied. Chan et al. (2010b) found that hermit crabs were quicker to perform an anti-predator withdrawal response in the presence of a short-duration white noise relative to a longer noise stimulus. In two experiments, we examined whether this effect could be explicable in terms of a non-associative learning process. We delivered repeated presentations of a simulated visual predator to hermit crabs, which initially caused the crabs to withdraw into their shells. After a number of trials, the visual stimulus lost the ability to elicit the withdrawal response. We then presented the crabs with an auditory stimulus prior to an additional presentation of the visual predator. In Experiment 1, the presentation of a 10-s, 89-dB SPL noise produced no significant dishabituation of the response. In Experiment 2 we increased the duration (50s) and intensity (95dB) of the noise, and found that the crabs recovered their withdrawal response to the visual predator. This finding illustrates dishabituation of an antipredator response and suggests two distinct processes-distraction and sensitization-are influenced by the same stimulus parameters, and interact to modulate the strength of the anti-predator response.

The Modulation of Operant Variation by the Probability, Magnitude, and Delay of Reinforcement

2011 Recent studies have demonstrated that the expectation of reward delivery has an inverse relationship with operant behavioral variation (e.g., Stahlman, Roberts, & Blaisdell, 2010). Research thus far has largely focused on one aspect of reinforcement - the likelihood of food delivery. In two experiments with pigeons, we examined the effect of two other aspects of reinforcement: the magnitude of the reward and the temporal delay between the operant response and outcome delivery. In the first experiment, we found that a large reward magnitude resulted in reduced spatiotemporal variation in pigeons' pecking behavior. In the second experiment, we found that a 4-s delay between response-dependent trial termination and reward delivery increased variation in behavior. These results indicate that multiple dimensions of the reinforcer modulate operant response variation.