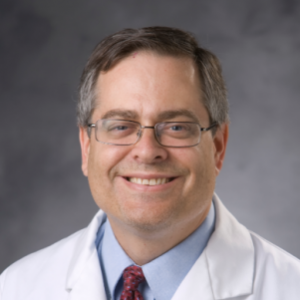 Professor and Chair, Psychiatry | University of Connecticut School of Medicine

Dr. Steffens became chair of UConn Psychiatry in July, 2012, after more than 20 years at Duke University School of Medicine, where he had served as a professor of psychiatry, vice chair for education and Division Chief of Geriatric Psychiatry in the Department of Psychiatry and Behavioral Sciences. Dr. Steffens is the past president of the American Association for Geriatric Psychiatry, has authored more than 300 peer-reviewed papers and is the co-editor of the leading textbook in geriatric psychiatry. Dr. Steffens also has considerable experience in medical education and mentoring undergraduate and graduate students, medical students, resident physicians, and junior faculty. A graduate of Rice University and the University of Texas, Houston Health Science Center School of Medicine, Dr. Steffens moved to Duke in 1988, where he completed his internship and residency in psychiatry. Since joining the Duke faculty and now at UConn Health, Dr. Steffens' career has focused on mood and cognitive disorders in older adults.

Dr. Steffens received a Master’s of Health Science in Clinical Research from Duke in 2000. He has held an NIMH-supported Mid-Career Development Award, and his major area of research focuses on links between depression in later life and development of cognitive decline and dementia. Dr. Steffens has been continuously supported by NIMH/NIH for over twenty years. At UConn, Dr. Steffens has continued his research pursuits with a new NIMH-supported study, known as NBOLD, that examines the relationship between stress and depression in older adults. In addition, Dr. Steffens' research and mentorship activity at UConn Health have been supported by a generous gift from the Leo and Anne Albert Trust. With new faculty hires in psychiatry and neuropsychology, Dr. Steffens has developed a clinical geriatric mental health service that focuses on assessment and treatment of anxiety, depression and cognitive disorders in the elderly.

Association of Women Psychiatrists for support of women psychiatrists seeking leadership roles and other professional opportunities.

Awarded by the American College of Psychiatrists.

Awarded by the Duke University School of Medicine.

Panelist David Steffens, MD, MHS, of the University of Connecticut, and colleagues wrote in their report that a rising tide of both chronic pain and opioid overuse has "created a situation in which large numbers of Americans are receiving suboptimal care."...

2019 Few studies have examined functional connectivity (FC) patterns using functional magnetic resonance imaging (fMRI) to predict outcomes in late-life depression. We hypothesized that FC within and between frontal and limbic regions would be associated with 12-week depression outcome in older depressed adults.

Perspectives on the Management of Vascular Depression

2018 In the next few years, the youngest of the baby boomers will reach age 65, resulting in the greatest proportion of elderly adults in US history. Concurrent with this demographic change is the growing number of adults living with chronic conditions that increase risk of vascular disease, including hypertension, obesity, hypercholesterolemia, insulin resistance and diabetes mellitus.

Presence of neuroticism and antidepressant remission rates in late-life depression: results from the Neurobiology of Late-Life Depression (NBOLD) study.

2018 Neuroticism in older adults is common yet understudied, particularly its effects on depression treatment outcomes. We hypothesized that presence of high neuroticism would be associated with lower 12-week remission rates in older depressed sertraline-treated patients.

Late-Life Depression and the Prodromes of Dementia

2017 Depression and dementia in elderly individuals have a complicated relationship. Cognitive changes are common in the context of depression, and mood symptoms frequently accompany cognitive disorders. This comorbidity represents a challenge for clinicians assessing older, functionally impaired patients with signs and symptoms of mood and cognitive disorders...

2017 Neuroticism is a broad construct that conveys a predisposition to experience psychological distress and negative mood states. Vulnerability to stress (VS) is one neuroticism trait that has been linked to worse mood and cognitive outcomes in older adults. We hypothesized that elevated VS would be associated with worse illness course and cognitive decline in older adults with late-life major depression (LLD)...

2017 Neuroticism is a common yet understudied condition in older adults. We hypothesized that presence of high negativity affectivity (NA), a key feature of neuroticism, would be associated with different prefrontal cortex (PFC) activity and connectivity patterns in depressed and never-depressed older adults.