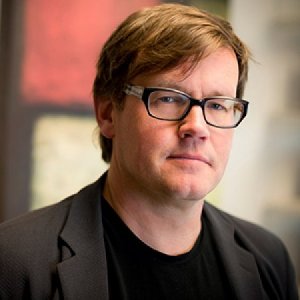 Who is leading the way in decreased emissions? A recent report shows California is top of the list in America 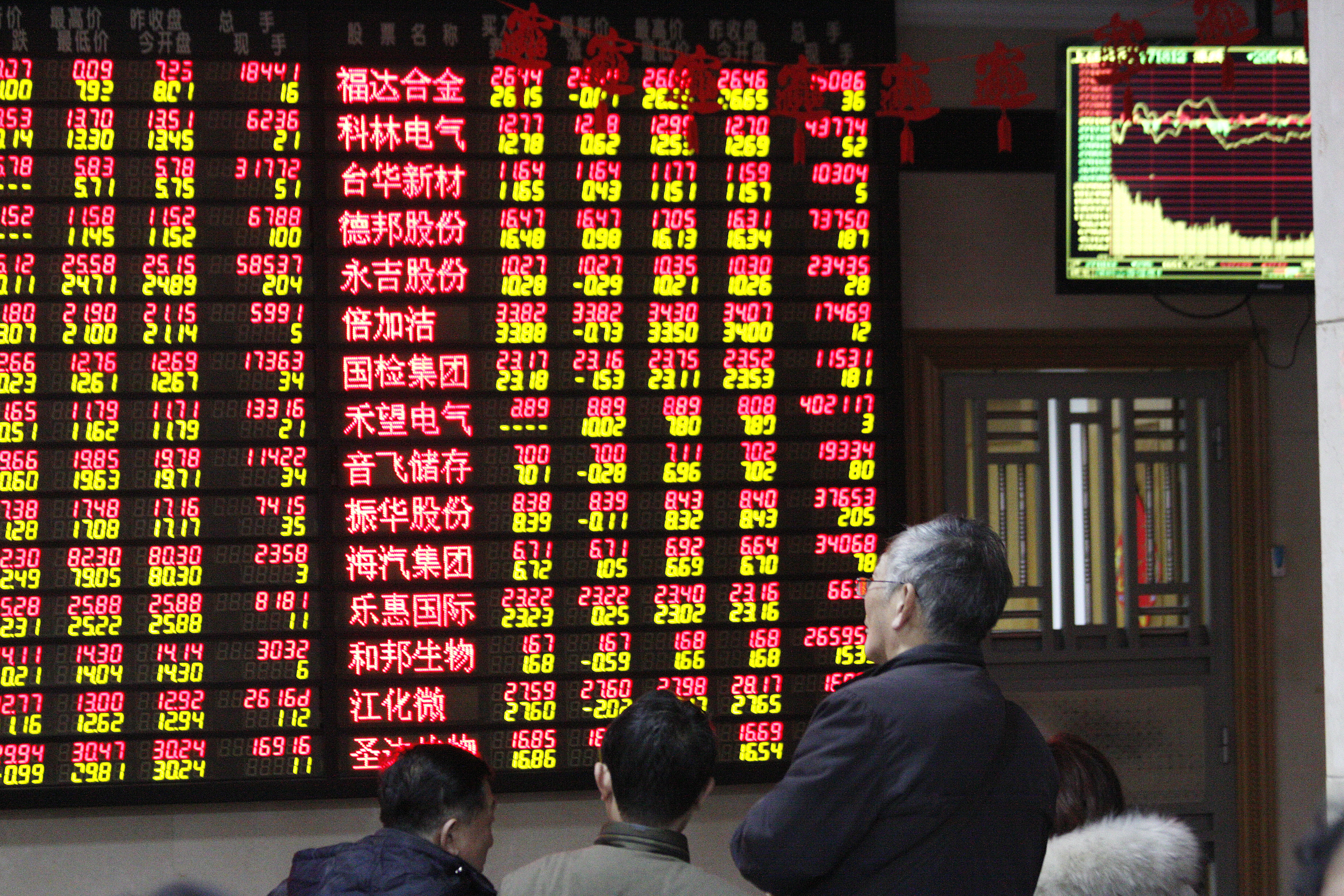 After the Pandemic: is there hope for the world to get serious about climate change? 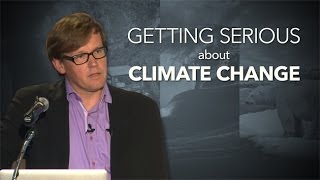 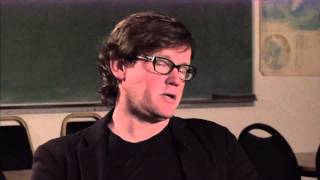 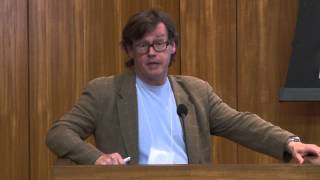 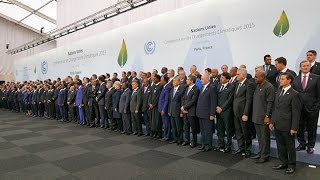 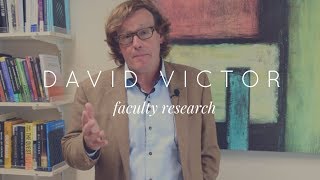 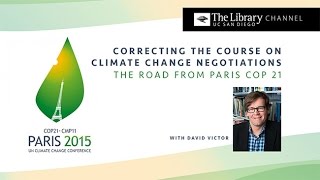 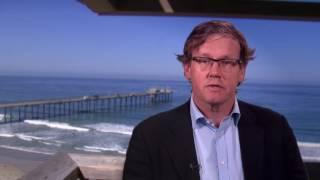 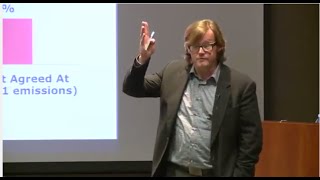 Victor is a professor of international relations at UC San Diego’s School of Global Policy and Strategy and co-director of the Laboratory on International Law and Regulation at the School. His research focuses on highly regulated industries and how regulation affects the operation of major energy markets.

Victor is author of "Global Warming Gridlock," which explains why the world has not made much diplomatic progress on the problem of climate change while also exploring new strategies that would be more effective.

Prior to joining UC San Diego, Victor served as director of the Program on Energy and Sustainable Development at Stanford University, where he was a professor at Stanford Law School and taught energy and environmental law. Earlier in his career he also directed the science and technology program at the Council on Foreign Relations and led the International Institute for Applied Systems Analysis.

A new report by the Global Carbon Project says worldwide emissions grew by 1.6 percent last year, and are expected to rise another 2.7 percent this year. Carbon dioxide is the main gas that's driving climate change and the dangerous rise in global temperature.The Paris accord hoped to limit that warming to just 2 degrees Celsius, or 3.6 degrees Fahrenheit, but this recent report seems to make that goal increasingly hard to reach. Much of the increase in emissions is from growth in China and India. China is now the world's largest carbon emitter, followed by the U.S. This report is just the latest in a series of very recent stark warnings about climate change. U.N. Secretary-General Antonio Guterres put it this way: "We are in deep trouble. It is hard to overstate the urgency of our situation." I'm joined now by David Victor. He's a professor of international relations at U.C.-San Diego, and author of "Global Warming Gridlock" about why we have failed to address this issue thus far.

Nearly 200 Countries Meet In Poland To Participate In Climate Conference

The world's nations meet in Poland this week to continue negotiations on how to slow climate change as recent research and extreme weather reveal that dangerous effects on climate are already here…. The most ambitious effort in history to slow global warming got its start in 2015. It was a deal signed in Paris. All nations, rich and poor, agreed to lower their emissions of greenhouse gases. Now, three years later, the signatories are sitting down with United Nations officials to write the rules on how to do that. If the diplomatic pace has been glacial, the onset of extreme weather has not.

How Trump Is Ensuring That Greenhouse Gas Emissions Will Rise

President Trump had a clear message Monday when asked about the core conclusion of a scientific report issued by his own administration: that climate change will batter the nation’s economy. “I don’t believe it,” he said. Mr. Trump then laid responsibility for cleaning the atmosphere on other countries like China and Japan: “Right now we’re at the cleanest we’ve ever been, and that’s very important to me. But if we’re clean but every other place on Earth is dirty, that’s not so good. So I want clean air. I want clean water. Very important.” The remarks fit a pattern, and not just for their bluntness. In almost two years since taking office, Mr. Trump has denied the scientific reality of climate change and taken aggressive steps that will increase emissions of heat-trapping greenhouse gases — despite unequivocal scientific evidence that those pollutants are warming the planet to dangerous levels.

The Pandemic Won’t Save the Climate

The economic free fall accompanying the coronavirus pandemic has, by some measures, made the world a cleaner place. Air pollution in Chinese, Indian, and U.S. cities is way down. In China alone, lower air pollution may have saved more lives than the virus has killed so far. In New York City, some pollutants dropped by more than half in just a week. Global emissions of carbon dioxide, the chief long-term cause of climate warming, are on track to drop by eight percent this year. All that cleaner air has come at a huge, unacceptable cost. But could the pandemic lay the foundation for more serious action to protect the environment—including on the greatest of all environmental problems, climate change?

2018 In many jurisdictions, policy-makers are seeking to decentralize the electric power system while also promoting deep reductions in the emission of greenhouse gases (GHG). We examine the potential roles for residential energy storage (RES), a technology thought to be at the epicenter of these twin revolutions. We model the impact of grid-connected RES operation on electricity costs and GHG emissions for households in 16 of the largest U.S. utility service territories under 3 plausible operational modes. Regardless of operation mode, RES mostly increases emissions when users seek to minimize their electricity cost. When operated with the goal of minimizing emissions, RES can reduce average household emissions by 2.2–6.4%, implying a cost equivalent of $180 to $5160 per metric ton of carbon dioxide avoided. While RES is costly compared with many other emission-control measures, tariffs that internalize the social cost of carbon would reduce emissions by 0.1–5.9% relative to cost-minimizing operation. Policy-makers should be careful about assuming that decentralization will clean the electric power system, especially if it proceeds without carbon-mindful tariff reforms.

2018 Although addressing climate change will ultimately require global cooperation, substantial progress may be achieved through small clubs of countries, where it is easier to forge and implement deals needed for policy coordination. Here we quantify the gains from cooperation in the Arctic region and find that nearly 90% of the potential for abating black carbon can be reached by countries acting in self-interest alone because soot, the main source of black carbon, causes severe harm to human health along with warming. Abating methane, by contrast, requires more cooperation because impacts are more diffused geographically. Well-designed clubs with as few as four members can realize more than 80% of the full group cooperation potential for reducing these pollutants. The pivotal player in every effective club is Russia—most other members of the Arctic Council, the institution most focused on advancing the collective interests of the region, offer little leverage on the problems at hand.

The regime complex for climate change

2011 There is no integrated regime governing efforts to limit the extent of climate change. Instead, there is a regime complex: a loosely-coupled set of specific regimes. We describe the regime complex for climate change and seek to explain it, using interest-based, functional, and organizational arguments. This institutional form is likely to persist; efforts to build a comprehensive regime are unlikely to succeed, but experiments abound with narrower institutions focused on particular aspects of the climate change problem. Building on this analysis, we argue that a climate change regime complex, if it meets specified criteria, has advantages over any politically feasible comprehensive regime. Adaptability and flexibility are particularly important in a setting—such as climate change policy—in which the most demanding international commitments are interdependent yet governments vary widely in their interest and ability to implement them. Yet in view of the serious political constraints, both domestic and international, there is little reason for optimism that the climate regime complex that is emerging will lead to reductions in emissions rapid enough to meet widely discussed goals, such as stopping global warming at two degrees above pre-industrial levels.

Ocean commitments under the Paris Agreement

2017 Under the Paris Agreement nations made pledges known as nationally determined contributions (NDCs), which indicate how national governments are evaluating climate risks and policy opportunities. We find that NDCs reveal important systematic patterns reflecting national interests and capabilities. Because the ocean plays critical roles in climate mitigation and adaptation, we created a quantitative marine focus factor (MFF) to evaluate how governments address marine issues. In contrast to the past, when oceans received minimal attention in climate negotiations, 70% of 161 NDCs we analysed include marine issues. The percentage of the population living in low-lying areas—vulnerable to rising seas—positively influences the MFF, but negotiating group (Annex 1 or small island developing states) is equally important, suggesting political motivations are crucial to NDC development. The analysis reveals gaps between scientific and government attention, including on ocean deoxygenation, which is barely mentioned. Governments display a keen interest in expanding marine research on climate priorities.

2017 With the failure of integrated, top-down bargaining strategies, analysts and diplomats have now turned to bottom-up methods such as “building blocks” and “climate clubs” to coordinate national climate change policies and to avoid persistent diplomatic deadlock. We agree that decomposition of the grand problem of climate change into smaller units is a crucial first step towards effective cooperation. But we argue that given the great uncertainty of the feasibility and costs of potential solutions, this bottom-up approach will only work if it is supported by institutions that promote joint exploration of possibilities by public and private actors along with the scaling up of successes. As politics precludes creating many of these institutions under the consensus-oriented decision rules of the UN system, engaged outsiders—including especially clubs or building blocks that can learn in the face of uncertainty—working in parallel with the UN diplomatic process will have to provide them.