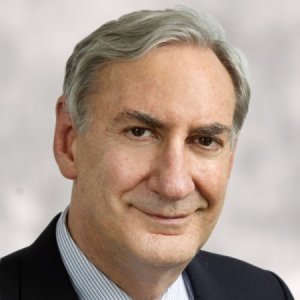 Consumer and Environmental Regulation in the Global Economy

In 2017, he received the Elinor Ostrom Award from the American Political Science Association in recognition of his lifetime contribution to the study of environmental policy. His latest book "California Greenin': How the Golden State Became an Environmental Leader" (Princeton University Press, 2018) is the first comprehensive history of California's leadership and innovation in environmental regulation. Other books include: "The Politics of Precaution: Regulating, Health, Safety and Environmental Risks in Europe and the United States" (Princeton University Press, 2012); "Global Challenges in Responsible Business" (Cambridge University Press, 2010); and "The Market for Virtue: The Potential and Limits of Corporate Social Responsibility" (Brookings, 2005).

Since 1982, Vogel has served as editor of Berkeley Haas management journal, The California Management Review. He has taught classes and lectured on environment management in the U.S., Europe and Asia. 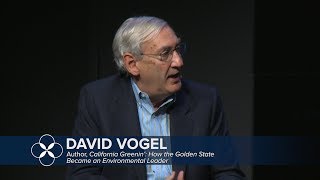 International Association for the Study of the Commons (IASC)
2017

Organizations and the Natural Environment Division, Academy of Management
2012

Koch Disruptive Technologies is trying to tell Silicon Valley that there's more to the Koch family than conservative politics. But Prof. David Vogel, Solomon P. Lee Chair Distinguished Professor Emeritus of Business Ethics, said it wouldn’t be unreasonable for a startup to think twice about taking funds from any group whose hallmark positions are against their own ethos. “If you’re concerned they use their resources in ways you disagree with, if your company does well, you’ll be contributing more to those resources,” he said.

In face of ongoing environmental threats, California has taken big steps to protect nature and wildlife. Prof. David Vogel, Solomon P. Lee Chair in Business Ethics, lays out California’s history as an environmental leader, how it plans to continue its green streak, and what other states - and the federal government - can learn from California’s policy innovation.

Much of the California's conservation achievements have been driven by business advocacy, according to David Vogel. “The state has carved out a leadership role on climate issues, but influential business leaders have historically supported much of that."

Opinion: The Trump administration wants to end California's role as an environmental innovator

The Trump Administration says its plan will save manufacturers and consumers money, writes Prof. Emeritus David Vogel. Opponents dispute that claim and say it will increase greenhouse gas pollution.

Why California goes its own way on the environment

"I think the rollback of fuel economy standards would be a disaster nationally, and challenging California’s exemption would go against the broad thrust of public policies since 1967," said Prof. Emeritus David Vogel.

Prof. Emeritus David Vogel, Solomon P. Lee Chair in Business Ethics, said he wrote his book, "California Greenin" to answer the question of why California has long been the nation’s ‘greenest’ state.

How California turned green into gold

As the Trump administration moves to roll back more environmental regulations, Prof. Emeritus David Vogel, writes that California has been on the cutting edge of environmental innovation throughout its history, protecting its coasts, restricting oil drilling, curbing greenhouse gas emissions. It has also been the nation’s richest state since 1971.

The Tipping Point: Can American Institutions Be Saved?

“At the national level there’s a lot of horrible damage being done,” says Haas School of Business and political science professor emeritus David Vogel. “Conceivably, much of that could be turned around with a new administration, but you’d still have significant impacts for the next three years [remaining of Trump’s current term]. Also, some of the damage could be irrevocable. Action we take or don’t take now on climate change, for example, may have permanent consequences.”...

In Trump era, US automakers seek balance between jobs, profits

'“I can’t see them making any real changes,” explains David Vogel, a professor at the University of California, Berkeley’s Haas School of Business, in a phone interview with The Christian Science Monitor. “At the margin, they may do a few things.”'

Trump has a great opportunity to save our environment

'We are not blind to the existence of some burdensome and ineffective environmental regulations, and we recognize the need for some reassessment. For the most part, however, the benefit of existing regulations has far exceeded the cost. The nonpartisan federal Office of Management and Budget has calculated that the rules imposed by the U.S. Environmental Protection Agency (EPA) over the decade ending 2012 yielded benefits 10 times their costs—a ratio better than all of the other federal agencies they reviewed.'

What You Need to Know About Socially Responsible Investing

'Be aware that some socially responsible funds charge higher fees than many traditional funds. And there's the question of whether any individual's targeted investing really makes a difference, by pressuring companies to improve labor, management, or environmental practices. David J. Vogel, a professor emeritus in business ethics at the University of California, Berkeley's Haas School of Business, is skeptical: "The number of social investors is too small to affect share prices," he says.'

The Politics of Precaution: Regulating Health, Safety and Environmental Risks in Europe and the United States Princeton University Press

Transatlantic Regulatory Cooperation The Shifting Roles of the EU, the US and California Edward Elgar Publishing

Edited by David Vogel and S and Johan Swinnen

The Market for Virtue: The Potential and Limits of Corporate Social Responsibility Brookings Institution Press,

Trading Places: The Role of the US and the EU in International Environmental Policies Comparative Political Studie

How Green is Judaism? An Exploration of Jewish Environmental Ethics Business Ethics Quarterly

Ethics and Responsibility in Business