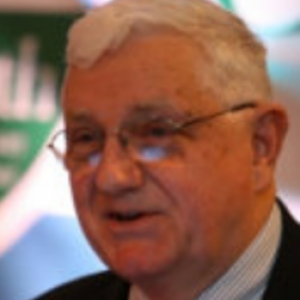 
Expert: social ecology of Africa, African language/area studies in the US, militarism in US foreign policy, African urbanization & housing.

David Wiley specializes in social ecology of Africa and its environment (rural and urban), the political economy of Africa and African militarization, social inequality, social movements, social stratification and religion, and internationalization of higher education. His major research projects include:

- The militarization of Africa
- Community mobilization on environment and development in South Africa
- Socio-economic impacts of biological change on Lake Victoria (Kenya, Uganda, Tanzania)
- Stratification and religion in the U.S. and Zambia
- African urbanization and housing
- Sociology of racial, ethnic, and national stereotyping

Previously, Wiley was director of the MSU African Studies Center (1978 - 2008), chaired the African Studies Program at University of Wisconsin-Madison (1972 - 1977), was a Lecturer in Sociology at the University of Zambia, and in the 1960s, worked in race relations in the U.S. and in "Southern Rhodesia,” now Zimbabwe.

In the 1960s through the 1990s, Wiley participated in the movement for decolonization in Southern Africa and the anti-apartheid movement both nationally and at MSU. He has been a member of the Higher Education Forum of the U.S./South Africa Bi-National Commission and in 1994-96 was a Senior Fulbright Research Scholar in Durban, South Africa, working on community organizations mobilizing for change. He also is constructing websites and programs on U.S., MSU, and South African university partnerships. (See http://isp.msu.edu/AfricanStudies/sahiedcn.htm, http://isp.msu.edu/ussa/, and http://www.matrix.msu.edu/partnership/.)

Sociology and Sociology of Religion