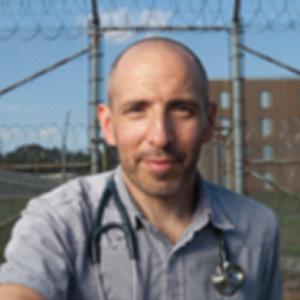 
Dr. Wohl is an infectious disease expert specializing in research related to HIV and Ebola.

Dr. David Wohl’s research interests include the metabolic complications of HIV and its therapies, and the nexus between incarceration and the HIV epidemic. He conducts research in Liberia investigating better treatments for Ebola virus as well as the health concerns of survivors, including muscular pain and ocular issues. He also investigates whether survivors, who have no trace of the virus in their blood stream, may still shed the virus elsewhere in the body.

A large international HIV drug therapy study—Strategic Timing of Anti-Retroviral Treatment—found patients living with the disease should start therapy as early as possible. Researchers at UNC Hospitals were among those who wanted to settle the question long debated among HIV physicians.

The Body, The Complete HIV/AIDS Resource

The News And Observer

CHAPEL HILL Ebola has proven itself time and again to be a menacing killer. The virus behind the world’s deadliest outbreak also is a stubborn survivor. Health care workers have saved some of its victims and scientists have found ways to eradicate the presence of the disease in specific settings. But even when subdued, Ebola has endured, always threatening another highly contagious outbreak. For Ebola fighters, such as UNC-Chapel Hill doctors Billy Fischer and David Wohl, November has been a month with good and bad news. On Nov. 17, an infant girl in Guinea born to an infected mother had received two negative tests for the virus and was believed to be the last known Ebola patient in the West African country.

Integrase strand transfer inhibitors (INSTIs) are recommended for first-line antiretroviral therapy in combination with two nucleos(t)ide reverse transcriptase inhibitors. Co-formulated bictegravir, emtricitabine, and tenofovir alafenamide (B/F/TAF), a novel, INSTI-based regimen, is currently approved in the US and EU for the treatment of HIV-1 infection and recommended as first-line treatment in current guidelines. In our current analysis, we aimed to determine changes in patient-reported symptoms over time among HIV-1-infected adults who initiated or switched to B/F/TAF versus another INSTI-based regimen, co-formulated abacavir, dolutegravir, and lamivudine (ABC/DTG/3TC).