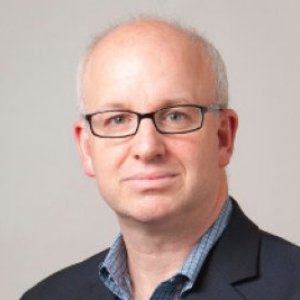 2002 Awarded by the Department of Political Science, University of Connecticut

“Demographic factors have always been part of the process,” said judicial-politics expert David Yalof, a University of Connecticut professor who noted that there have been Catholic and Jewish “seats” on the court, effectively designated for justices of those faiths. Richard Nixon, who won the White House in 1968 in part by making inroads among southern whites, looked for southern nominees to replace Abe Fortas in 1969. Clement Haynsworth of South Carolina and Harrold Carswell of Florida were both rejected by the Senate, with George McGovern (D-S.D.) calling Carswell’s record, which included resisting desegregation, “distinguished largely by two qualities: racism and mediocrity.”

David Yalof, professor and head of the Political Science Department at the University of Connecticut, said that Tuesday’s announcement of the charges was the next logical step for Democrats. “I think nothing that happened today was particularly surprising,” Yalof said.

Filling the vacancy could be as contentious as it was when Justice Lewis Powell, Kennedy’s predecessor, retired in 1987 and President Ronald Reagan settled on Kennedy only after his first two choices for the seat failed, said David Yalof, chairman of political science at the University of Connecticut. “The difference is that in 1987 you had a Democratic Senate face off against a Republican president in his final two years in office. Here, you have a Republican Senate and a Republican president in his first two years in office,” Yalof said.

“By definition, the attorney general and the president of the United States are going to have conflict,” said David A. Yalof, a political science professor at the University of Connecticut who wrote a book about DOJ investigations of the executive branch, “Prosecution Among Friends.” “It’s inevitable,” Yalof said. “That’s because it’s the nature of being the nation’s chief law enforcement officer, is that occasionally you have to make decisions that are not in the president’s political interest. That’s the job.”

Has any US president ever served more than eight years?

The only president in American history to serve more than two four-year terms was Franklin Delano Roosevelt. He actually served three full terms as well as the first three months of a fourth term until his death on April 12, 1945. The current limits on how long a person can be president come from the 22nd Amendment, added to the U.S. Constitution in 1951, which limits presidents to two successful presidential elections. The amendment makes one exception: If a president takes office in the middle of someone else’s term – if the president dies, for example, and a vice president takes over and serves less than two years, that person can still run twice for their own election. But if the replacement president serves for more than two years of their predecessor’s term, they can only be elected to one more presidential term of their own.

Schools, Education Policy, and the Future of the First Amendment

2009 A democracy requires broad public support for freedom of expression. Individuals form persistent views about civil liberties and other political issues during adolescence. Many factors influence adolescents' opinions and beliefs, including what they learn and experience in schools. Therefore, schools' treatment of the Constitution and the press is important for the future of the First Amendment. In turn, state policies influence what schools teach and what extracurricular experiences they offer. This article estimates the impact of existing state policies and students' experiences on students' knowledge of, and attitudes toward, the First Amendment. A hierarchical linear model analysis of data from the Knight Foundation 2005 Future of the First Amendment survey, combined with data on state education policies, reveals that discussing the news media in class enhances students' attitudes and habits related to the free press. Also, when their teachers have required the use of news media in classes, students are more likely to use the news media regularly. For the most part, however, existing state policies that might be expected to enhance students' knowledge, attitudes, or habits related to the First Amendment do not seem to have a significant impact. The most promising types of new policies would be ones that support the discussion of news in classrooms.

2008 The premise that the U.S. Supreme Court never veers too far off from the dominant national political coalition (Dahl, 1957) has become widely accepted among social scientists today. To fulfill that promise, however, the confirmation process for justices must serve as a plebiscite through which the public can ratify or reject future justices based on their views. Unfortunately, modern confirmation hearings have become an exercise in obfuscation, providing little meaningful dialogue on important issues. Because conservative Republican presidents have made the lion's share of appointments in recent times, social conservatives have most often benefited from a process that has severed the link between Supreme Court nominees and the polity they must serve.

Dress Rehearsal Politics and the Case of Earmarked Judicial Nominees

2005 The fires of lower court politics that raged through much of George W. Bush's first term as President have provided considerable grist for the commentators' mill-within these battles lie much for law professors, social scientists, and journalists alike to consider as they address the various themes that have characterized the modem state of federal judicial appointments.