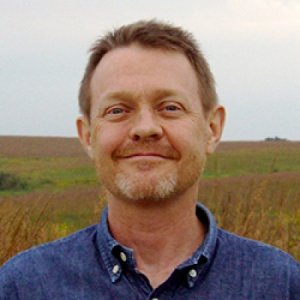 
Professor of anthropology and education

David Blake Willis is a professor of anthropology and education in the School of Leadership Studies at Fielding Graduate University. He taught anthropology and sociology at Soai Buddhist University, Osaka, Japan, from 1986-2009. From 2006-2007, he taught classes and did research at the Nissan Institute and St. Antony's College as a Senior Associate Member at the University of Oxford. His publications include "Reimagining Japanese Education: Borders, Transfers, Circulations, and the Comparative" (Oxford Series in Comparative Education, Symposium, 2011), with Jeremy Rappleye; "Transcultural Japan: At the Borders of Race, Gender, and Identity," with Stephen Murphy-Shigematsu (Routledge, 2007); and "Japanese Education in Transition 2001: Radical Perspectives on Cultural and Political Transformation" (Shannon, Flinders University, 2002), with Satoshi Yamamura. His research and writing concerns human development and education over the lifespan in transnational contexts, the creolization of cultures, social justice, comparative education, citizenship, international schools, transcultural communities, transnational diaspora, Creoles, transformative adult education, aging in cross-cultural perspective, and Dalit liberation movements in South India.

Dalits and Caste in South India

Management and Leadership in Japan

Education in Emergency Situations: The Case of Japan

Who Am I? Creolization and Cultural Identity in the Borderlands

(2017) Edited anthology with W. Enloe of published articles on Identity in Transnational Societies.

(2017) Book project. Report of an extensive longitudinal and ethnographic research project with W. Enloe and Y. Minoura, has a history of 20+: educational anthropology, history, and psychology.

(2017) For Singapore University Press. Manuscript under preparation examining the range and impact of international schooling in East Asia.

The Institute of Social Innovation

(2007-2009) For Study of Zainichi Korean Economic Activities and Entrepreneurs with S. Lee

(1988-2006 ) For research, sabbatical, and publications: Transnational Life-Courses and Outcomes, Formation of Identity in Transnational Settings, and Transcultural Japan

Resist and Relearn: Comments on Circulations and Escapes in a Barbaric Age (Afterword)

Escaping Japan: Reflections on Estrangement and Exile in the Twenty-First Century

Learning from Gandhi in the Anthropocene: Right to Water and Natural Resources by Indigenous People in USA

(2016) This special volume on the experiences and examples of language teaching and cultural immersion from the Concordia Language Villages (CLV) was created as a project honoring the founding and development of the Villages over fifty years ago. Inspired as parents and educators by the Villages and the transformational experiences of our own four children (Isaac, Serene, Jeffrey, and Luke), we wanted to share the impressive and extensive background of this experiment in global understanding with larger world audiences. It is an example made even more poignant and important by events in Europe and elsewhere in these difficult years of the early 21st century.

(2015) Sustainability means many things to many people. is certainly about the environment, ecological fragility, and balance, but it is also profoundly about economic and social diversity and equity. Indeed, from a systems perspective, sustainability resides at the very intersection of the environmental, economic, and social arenas. This volume, a collection of original research on sustainability from a range of new scholars, aims to uncover the ways that a concern for sustainability at the leading edge can bring forth new attitudes and modes of thought; innovative, sustainable business enterprises; and boundary-spanning leadership...

BOOK/WEB: Memories of Hiroshima and Nagasaki: Messages from Hibakusha

(2011) Special Edition, Book, and Website for The Asahi Shinbun. "Memories of Hiroshima and Nagasaki--Messages from Hibakusha (atomic bomb survivors)" is a website that makes available to the public first-hand accounts written by hibakusha. By sharing these messages from them, we hope to help propel the growing global movement toward the abolition of nuclear weapons. To that end, The Asahi Shimbun, a leading Japanese newspaper, has established this website. We hope people from all over the world will visit the website.

Beyond Ethnicity and Nationality, Korean Schools in Japan: Cultural Discourses of "Homeland"

(2009) Spring, Vol 6, 85-98 This paper aims at shedding light on the current status of culture in Korean schools in Japan and the transmission of this culture, or cultures, to their students. Korean ethnic schools have survived in the midst of severe discrimination and prejudice from the surrounding Japanese society during the post-war era, an impressive statement of the power of culture. However, the status of these schools gradually changed after 2002, when the North Korean government admitted to a series of abduction cases of Japanese citizens and a new multicultural Korean society began to emerge. This paper will illuminate the roles of culture and diversity among Korean schools and their strenuous efforts dealing with discriminatory cultural policies of the Japanese government and society.

Frontiers of Education: Japan as “Global Model” or “Nation at Risk”?

(2008) Vol. 54: 493-515 The Japanese educational system is undergoing extensive change, affecting all stages from pre-school programmes to higher education. As Japan has moved from a nation at the top to “A Nation at Risk,” certain dichotomies have been highlighted. Viewing Japan as either educational super-power or educational tragedy, depending on the era of research or background of the researchers, has been especially provocative for educators and policy-makers. At the same time, the controversies in America surrounding the report A Nation at Risk (National Commission on Excellence in Education) are well known, a major impetus for the report of course being Japan.

Japan has recently experienced important shifts in what was once seen as a stable, homogeneous, and orderly social environment. Foremost among the challenges facing Japanese society are those involving the educational system, educational concepts, and educational philosophy.

(1994) The dispersion of highly qualified people to many lands due to transnational employment is a new kind of diaspora. A long-term study of an international school in Japan suggests that foreign-national students may be forerunners of a kind of transcultural/transnational identity needed for the world to transcend ultranationalism and ethnocentrism. These students have the skills to create community from diversity.