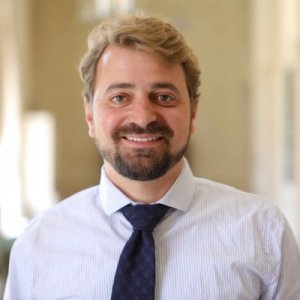 
Dr. Davide Zori is an Assistant Professor of history and archaeology at Baylor University. 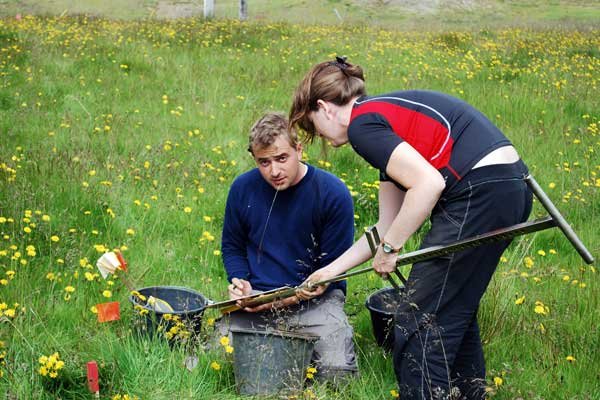 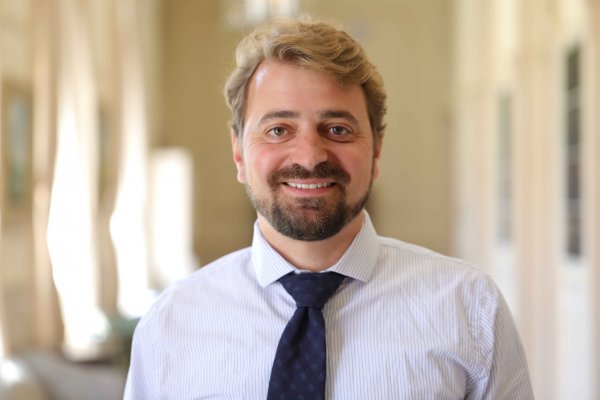 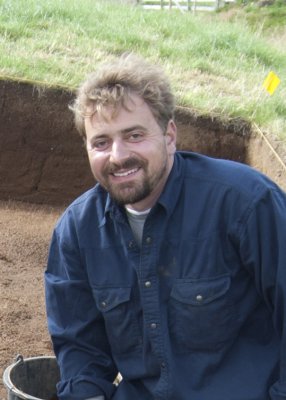 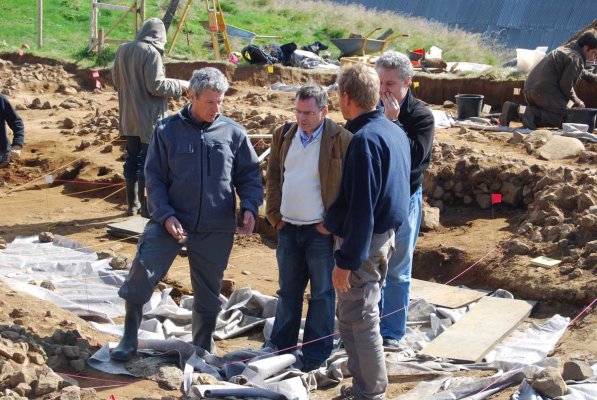 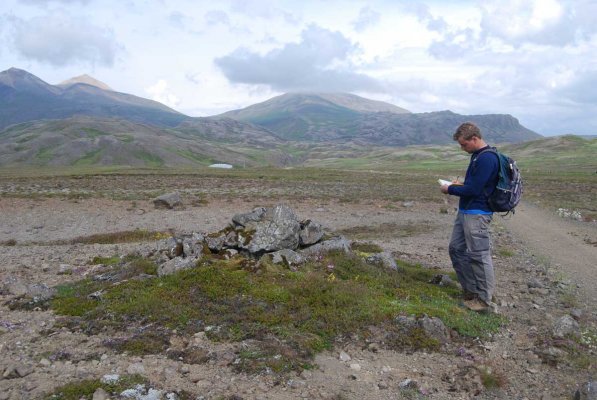 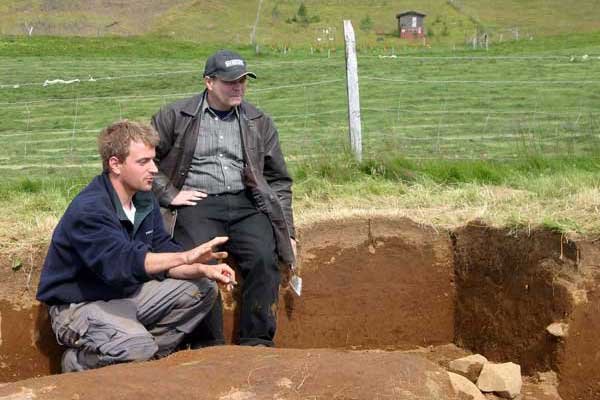 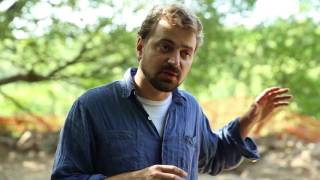 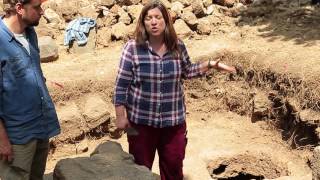 Davide Zori is a medieval archaeologist with research concentrations in the Viking expansion into the North Atlantic and the Italian Middle Ages. He conducts archaeological fieldwork in Iceland addressing the interaction of the Norse settlers with new environments, the construction of a migrant society, and the subsequent evolution of endemic political systems. He also directs a project in central Italy that seeks to understand the phenomenon of castle-building that spread across central Italy in the 7th-10th centuries. He employs a multidisciplinary approach to the Middle Ages, combining material culture and written evidence. Dr. Zori joined the Baylor Interdisciplinary Core in 2014 and is affiliated faculty of the Department of History.

Social Standing in the Viking Age

Davide Zori, Ph.D., assistant professor of history and archaeology, shares thoughts on a study about Viking DNA, the genetic diversity behind their people and the historic and archeological evidence on the Viking culture.

Through an unexpected friendship initiated on the Vegas Strip more than a decade ago, faculty and students from Baylor are leading the San Giuliano Archaeological Research Project, a large-scale excavation of ancient Etruscan and medieval remains in central Italy.

Dr. Davide Zori is an assistant professor in the Baylor Interdisciplinary Core, teaching World Cultures I and II, Social World I, and medieval history courses in the history department. Dr. Zori also directs the San Giuliano Archaeological Research Project, which is part of the Baylor in Italy summer study abroad trip. We hope you enjoy learning more about one of our BIC faculty members.

When one thinks of Vikings, lavish dinner parties are probably not the first thing that come to mind. But, Davide Zori, a professor at Baylor University, will tell us: vikings were really into parties. 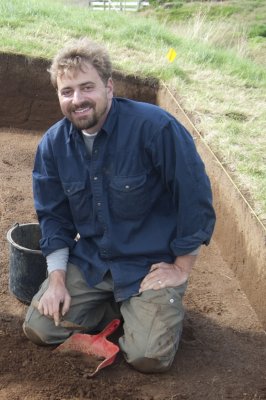 Vikings are stereotyped as raiders and traders, but those who settled in Iceland centuries ago spent more time producing and consuming booze and beef — in part to achieve political ambitions in an environment very different from their Scandinavian homeland, says a Baylor University archaeologist. The seafaring warriors wanted to sustain the “big man” society of Scandinavia — a political economy in which chieftains hosted huge feasts of beer and beef served in great halls, says Davide Zori, Ph.D., a Denmark native and archeological field director in Iceland, who conducted National Science Foundation-funded research in archeology and medieval Viking literature. But instead, what Zori and his team discovered is what happened when the Vikings spent too long living too high on the hog — or, in this case, the bovine. 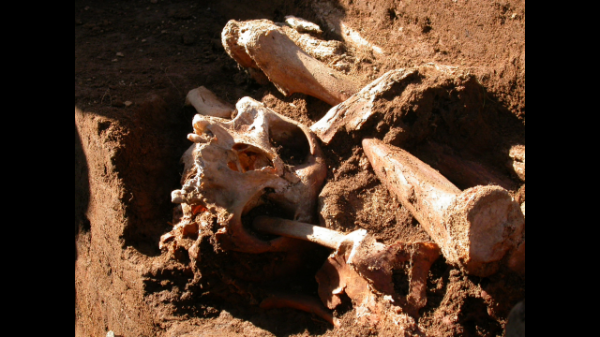 The 2007 excavations provided substantial new information about the Viking Age occupational history of the Hrísbrú site. Excavation of the longhouse revealed a well-preserved structure measuring approximately 28 x 10 m. Bow-sided walls, two doorways, benches, thick floor deposits, empty post holes, barrel pits, and a large central hearth were all identified and are in an excellent state of preservation. The structure was first built between AD 870 and 930, and then partially rebuilt sometime after AD 930. The restructuring was not extensive and the longhouse seems to have retained much the same form throughout the period of its occupation. After the abandonment of the house, no subsequent structures were built directly on the site, but it is clear from the midden deposits dumped into the house that domestic occupation of an unknown scale continued at the Hrísbrú farm in the vicinity of the older longhouse. Excavated strata flanked by the longhouse and the church revealed a stratigraphic connection between the two structures. In sum, the longhouse was built first and the church built later while the longhouse was still in use. In the graveyard, we believe that we have identified the extent of the burial area used surrounding the church, and have emptied the graveyard of human inhumations.

The Norse in Iceland

2016 The Norse discovery and settlement of Iceland in the late ninth century AD offers a test case for the study of human impacts on previously unoccupied landscapes and the formation of new societies under challenging conditions. The Norse Viking Age settlement of the island serves as a cautionary tale about the anthropogenic destruction of fragile environments, while simultaneously providing lessons about the strategic management of marginal ecosystems and nuanced examples of societal evolution and secondary state formation. Archaeological investigation of these processes is complemented by oral traditions preserved in the Icelandic sagas. Although researchers debate the proper use of the sagas, the strength of recent research is its interdisciplinary nature, combining a suite of available tools of inquiry.

2016 During the landnám (period of land-taking, 870–930 CE), people from Scandinavia emigrated to Iceland. Mosfell Valley which is found in the Southwest of Iceland was settled during the early days of the landnám. The region was one of the country's cultural centers. The valley's harbor site was mentioned to be in Leiruvogur Bay. Modern constructions make the prospection and exploration of this harbor site nearly impossible. One of the few places that are left untouched is a mound known in oral tradition as Skiphóll (Ship Hill), that could once have been used as landmark for incoming ships.

2016 Employing anthropological perspectives on gift giving, I analyze exchanges between Icelandic saints and their devotees in the miracle stories of Saints Jón and Þórlákr. Norms of reciprocal gift giving offered a framework for seeking saintly assistance that involved predictable stages, including vows, counter-pledges, and pledge-confirmations, followed by gifts and counter-gifts. I highlight the need for equity in gift exchange and the negotiations between devotees and saints seeking materially and/or symbolically balanced exchange. The examples discussed underscore the role of reciprocal exchange in structuring the miracle stories, the consequences of failed saintly gift transactions, and the Church’s role in promoting a reciprocal understanding of saintly worship. Counter-gifting of material goods by the devotee to the saints’ cathedrals directed wealth towards the Church, but I contend that the pivotal outcome of saintly gift exchange conducted according to traditional norms was the cementation of socio-political relationships between saints, devotees and the mediating clergy.

2013 The authors show that the principal correlates of feasting in Viking Age Iceland were beef and barley, while feasting itself is here the primary instrument of social action. Documentary references, ethnographic analogies, archaeological excavation and biological analyses are woven together to present an exemplary procedure for the recognition of feasting more widely.