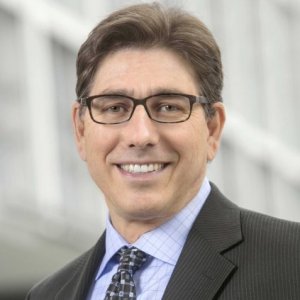 He is the author of over 50 articles and essays, and has published in a variety of outlets, including the Chicago, Virginia, Pennsylvania and Northwestern law reviews, Science, Sociological Methods & Research and Nature Reviews Neuroscience. He is also the author of three books, Constitutional Fictions: A Unified Theory of Constitutional Facts (Oxford, 2008), Laboratory of Justice: The Supreme Court’s 200-Year Struggle to Integrate Science and the Law (Henry Holt & Co. 2004) and Legal Alchemy: The Use and Misuse of Science in the Law (W.H. Freeman,1999). In addition, Professor Faigman is a co-author/co-editor of the five-volume treatise Modern Scientific Evidence: The Law and Science of Expert Testimony (with Cheng, Mnookin, Murphy Sanders & Slobogin). The treatise has been cited widely by courts, including several times by the U.S. Supreme Court. Professor Faigman was a member of the National Academies of Science panel that investigated the scientific validity of polygraphs, is a member of the MacArthur Law and Neuroscience Network and served as a Senior Advisor to the President's Council of Advisors on Science and Technology’s Report, “Forensic Science in Criminal Courts: Ensuring Scientific Validity of Feature-Comparison Methods.” 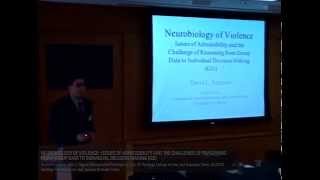 Awarded by the American Psychology-Law Society.

Awarded in The Annual AALS Call for Scholarly Papers.

Law professor David Faigman, director of the University of California San Francisco/Hastings Consortium on Law, Science and Health Policy, contends that another key issue that must be addressed is the need for today’s criminal lawyers to understand science to do their jobs properly. He co-teaches a class called Scientific Methods for Lawyers...

The task is almost impossible, said David L. Faigman, a law professor at the University of California, San Francisco. Disproving an arson case is more challenging because the findings aren't as clear-cut as DNA, he said. He said the petitioners have the burden to prove the arson didn't occur and that they weren't involved...

Evidence From Bite Marks, It Turns Out, Is Not So Elementary

And there is also what David L. Faigman, a professor at the University of California Hastings College of the Law, calls the “context effect.” Because most forensic scientists learn a lot about the suspect before analyzing the bite mark, “it’s easy for them to see what they are expected to see,” Mr. Faigman said...

Law and Neuroscience: Recommendations Submitted to the President's Bioethics Commission

Journal of Law and Biosciences

President Obama charged the Presidential Commission for the Study of Bioethical Issues to identify a set of core ethical standards in the neuroscience domain, including the appropriate use of neuroscience in the criminal-justice system. The Commission, in turn, called for comments and recommendations. The MacArthur Foundation Research Network on Law and Neuroscience submitted a consensus statement, published here, containing 16 specific recommendations. These are organized within three main themes: 1) what steps should be taken to enhance the capacity of the criminal justice system to make sound decisions regarding the admissibility and weight of neuroscientific evidence?; 2) to what extent can the capacity of neurotechnologies to aid in the administration of criminal justice be enhanced through research?; and 3) in what additional ways might important ethical issues at the intersection of neuroscience and criminal justice be addressed?

Toward a Jurisprudence of Psychiatric Evidence: Examining the Challenges of Reasoning from Group Data in Psychiatry to Individual Decisions in the Law

Psychiatry is an applied science. It thus shares the characteristic of all applied science in that it is ultimately applied at two levels – general and specific. Scientific research inevitably focuses on aggregate data and seeks to generalize findings across persons, places or things. However, in the courtroom, as is true in other applied settings, the focus is usually on an individual case. Thus, psychiatry presents the challenge inherent in all scientific evidence of reasoning from group data to an individual case, which is termed the “G2i problem.” But psychiatry, unlike many scientific fields that come to court, also confronts the G2i problem in its daily practice, since mental health professionals routinely diagnose and treat individuals based on aggregate data. Yet approaches to the G2i problem in clinical psychiatry do not necessarily fully align, or fit, the uses to which it is put in the courtroom.

Sargon Enterprises v. U.S.C., 55 Cal.4th 747 (2012) is easily the most important expert testimony case rendered by the California Supreme Court in years. The commentary on the case is growing rapidly. To date, most of the commentaries have either generalized that Sargon commits California to the Daubert camp or that Sargon leaves a good deal of uncertainty in its wake. This article addresses both generalizations. The article contends that procedurally, Sargon does not go as far as Daubert. In Daubert, Justice Blackmun explicitly stated that in applying the new empirical validation test, the trial judge should follow the procedures prescribed by Federal Rule of Evidence 104(a). That statement is significant because under Rule 104(a), the trial judge acts as a factfinder and can consider the credibility of the proffered foundational testimony. In contrast, Sargon does not even mention California Evidence Code section 405, the California analogue to Rule 104(a). Moreover, Justice Chin’s opinion relies heavily on a law review article that proposed empowering California trial judges to conduct a circumscribed, sufficiency inquiry, determining only whether, as a matter of logic, the empirical data and reasoning cited support the hypothesis that the expert’s general theory or technique is valid. The California Supreme Court may eventually grant state trial judges the power to assess the credibility of the proponent’s foundational testimony, but the court has not done so yet.

The Reliability of Latent Print Individualization: Brief of Amici Curiae Submitted on Behalf of Scientists and Scholars by the New England Innocence Project, Commonwealth v. Patterson

In Commonwealth v. Patterson, Massachusetts’ highest court sought amicus curiae briefs on this question: has the Commonwealth met its burden under Commonwealth v. Lanigan, 419 Mass. 15 (1994), and Daubert v. Merrell Dow Pharmaceuticals, 509 U.S. 579 (1993), to establish the reliability of latent fingerprint individualization applying ACE-V methodology to simultaneous impressions. This marks the first time in the debate over the reliability of latent print evidence, dating from a 1999 hearing in United States v. Mitchell, 365 F.3d 215 (3d Cir. 2004), that a court has issued such a solicitation. Patterson involved an extensive Daubert challenge to both the general reliability of latent fingerprint individualization using the ACE-V (Analysis, Comparison, Evaluation-Verification) "methodology" and its reliability as specifically applied to so-called "simultaneous impressions." When no single latent print contains sufficient information to warrant a conclusion of individualization, latent print examiners sometimes aggregate information across multiple impressions if they think they can determine that the impressions were deposited simultaneously, thus attributing the impressions to a single donor.