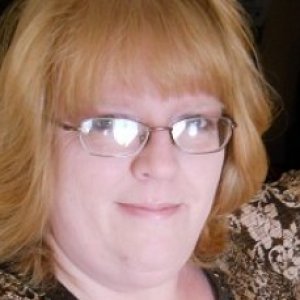 
Power Women we should all be

Long-time advocate for women, Deb Bailey is the founder of Power Women Magazine and Radio Show where she serves as the editor, producer and publisher. In late-2008, Bailey saw the need for a medium for women worldwide to connect and learn from one another. Bailey then left her job as a recruiter and began promoting her magazine and radio show full time in January 2009. It is Bailey’s dream to pave the way for women to excel in whatever their dreams may be.

Bailey – a long-time advocate for giving a voice to women who don’t have one – has been a community leader for more than two decades. Prior to her job as a recruiter, Bailey was a minister at a women’s prison helping women in prison facing no parole or the death penalty. She has also raised thousands of dollars to send cards and bibles to women serving in the military overseas.

Understanding first hand the impact of rape and domestic violence, Bailey’s life work has been to put women first. Her career in journalism started back in high school when she wrote for her school newspaper. Since then, she has gone on to interview Tova Borgnine, Kim Wayans, Kathy Kinney, Jane Velez-MItchell, Katherine Schwartzenegger and more. Topics range from Rape, Domestic Violence, Marriage, Work, Children, Divorce, Cooking, etc. With some 404+ shows done. Listen to her show Power Women on #1 ranked all women radio channel www.w4wn.com

Bailey is a mother of 2 and grandmother of one. She resides in Hot Spring, AR. To listen to the Power Women Radio Show or read the magazine, visit www.powerwomenmag.com


As of August 2011, Power Women Magazine & Radio Show has won the Women's Choice Award for outstanding and informative magazine and radio show.

Start With Nothing End With Everything

Magazine & radio show by women for women & issues important to women worldwide. We network to stand in 1 voice for not only ourselves but for women who can not use their voice. We tackle all issues with the government, state & local communities as well as worldwide groups through our own means or via non profit organizations whom we have partnered with to make that stance. Our Issues range from equal rights for all women to issues of homelessness among women, and everything in between.

My magazine and radio show won the Women's Choice Award