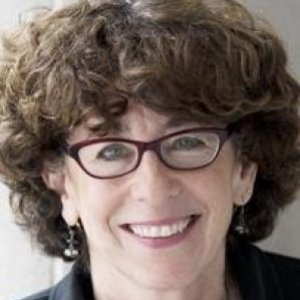 Deborah Weissman is the Reef C. Ivey II Distinguished Professor of Law. She was the Director of Clinical Programs from January 2001 through July 2010. She is a Phi Beta Kappa graduate of Syracuse University and graduated cum laude from Syracuse University Law School. Prior to teaching law, she has had extensive experience in all phases of legal advocacy, including labor law, family, education related civil rights, and immigration law in Albuquerque, New Mexico, and Tampa, Florida, and as a partner in a civil rights firm in Syracuse, New York. From 1994 to 1998, she was Deputy Director and then Executive Director at Legal Services of North Carolina.

This award recognizes the pro bono contributions of a member of the UNC Law faculty. The award celebrates a faculty member that helps fulfill the Pro Bono Program’s two goals of meeting unmet legal needs and fostering a lifelong commitment to pro bono legal work among UNC Law students.

Deborah Weissman, professor in UNC’s law school, has published several reports with the students in her Human Rights Policy Lab regarding issues with enhanced interrogation. A January 2012 report deals specifically with Aero and North Carolina’s connection to the CIA. “The findings in the (Senate) report were very clear. The torture didn’t work. It was horrendous,” she said. “More information was gained through interrogation techniques that do not involve torture.” Weissman said the United States has signed a number of treaties against torture over the years, including the United Nation’s Convention against Torture and Other Cruel, Inhuman or Degrading Treatment or Punishment — which she said the United States vowed to uphold as recently as November 2014...

Deborah M. Weissman, a UNC law professor, called the term “sanctuary cities” a misnomer, in most cases. In general, she said, “it’s a term that’s used to describe community policing policies,” that try to limit the entanglement between local police and federal immigration authorities. “They do that for law enforcement to do what they need to do based on the trust and respect of the communities they work with,” she said. “And they have to make sure that some communities aren’t particularly vulnerable to crime.” Immigrants who are hesitant to contact police because of a lack of trust are more likely to be targeted, she said. In response, cities adopted policies that don’t prohibit the enforcement of federal immigration law, Weissman said, but take a stance because it serves local policing...

Deborah Weissman, who teaches “Gender Violence and the Law,” said her course focuses on domestic violence, and it mentions sexual violence but doesn’t go into the issue. “As the issues that concern gender and sexual violence continue to emerge, teachers and students have to be more open to curriculum development,” she said. “The sexual violence course is a natural outcome of the way that students have understood and raised excellent questions about the need to do more.”...

Deborah Weissman, professor in the UNC School of Law, said the definition of a refugee entitled to protection is someone fleeing persecution based on certain factors like race, nationality or religion. The definition does not include people fleeing abject poverty or civil wars in which they are not specifically targeted for oppositional beliefs. “There needs to be orderly, fair process in which people can establish their claims (for asylum) and while that’s happening, they need to be protected,” she said. The recent crisis has sparked a movement in Europe to expand legal protection, Weissman said, so migrants fleeing dangerous situations can stay even if they don’t fit the current definition of a refugee. The EU announced Wednesday it would take in 160,000 refugees, dispersed among member nations based on factors like population and GDP. But Weissman said that solution does not get to the root of the problem — the war itself...

stereotypes. Deborah Weissman, a professor at the UNC School of Law, said studies have refuted that undocumented immigrants are more likely to commit crimes. The public, she said, "tends to hear about the sensational cases, but we don't see the overall pattern and statistics."...

2015 The twentieth anniversary of the Violence Against Women Act (VAWA) provides an opportunity to assess the meaning and consequences of the Act. With the introduction of a new bill, VAWA International (I-VAWA), Congress has signaled its intent to expand U.S. influence in the realm of violence against women as a matter of foreign policy. I-VAWA seeks to “prevent and respond to violence against women and girls around the world” and to “systematically integrate and coordinate” foreign policy and foreign aid programs in order to mitigate the harm caused by violence against women in the world at large. It derives much of its programmatic initiatives from a 2012 document created by USAID entitled “United States Strategy to Prevent and Respond to Gender-Based Violence Globally” (hereinafter 2012 Strategy) which articulates U.S. interests in assuming leadership in efforts to end violence against women: promoting global market economies, strengthening national security and defense, and assuring that such form of violence is recognized as a criminal and not cultural act...

The Politics of Narrative: Law and the Representation of Mexican Criminality

2015 Not perhaps since the 1910 Mexican Revolution have conditions of violence and criminality in Mexico so preoccupied the United States. Pages of US newspapers fill almost daily with graphic accounts of horrific crimes throughout Mexico, each more gruesome than the other: decapitations, execution-style mass murders, corpses in barrels of lye.'Official US governmental accounts attribute these acts variously to escalating warfare among drug cartels, a militarized response by the Mexican government to drug-cartel violence, and ...

2014 It has been several decades since a cohort of academics and advocates have articulated their concerns about the emerging patterns of response to gender-based violence that failed to serve adequately the needs of communities of color, the poor, immigrants, the disabled, and LGBTQ persons. Social justice advocates have observed that domestic violence law reform has resulted in an expanded oppressive police presence that “decimate [s] poor communities and communities of color,” increased the rate of ...

2013 Since the 1960s, the United States government has paid increasing attention to the rights of language minoritiesI within its borders and to the need for greater civic and political integration of these groups. With the passage of the Civil Rights Act of 1964, Congress prohibited entities that received federal funding from discriminating on the basis of national origin, 2 a norm that has been interpreted to protect limited English proficient (" LEP") persons. 3 In 2000, President Clinton affirmed the government's commitment to language ...

2013 The practice of promoting rule of law programs in foreign countries has developed as a foreign policy subgenre.'These programs generally pass for seemingly neutral, if not positive, endeavors," packaged" in the form of disinterested intent, as a matter of selfless purport. Rule of law programs implicate members of the legal academy and profession to cooperate with US government agencies in an effort to make global judicial systems conform to the precepts of American legal values. That is, these programs propound the US legal ...