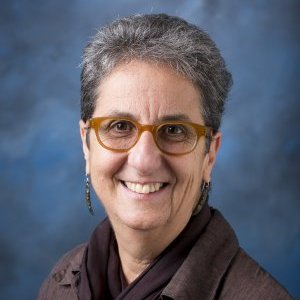 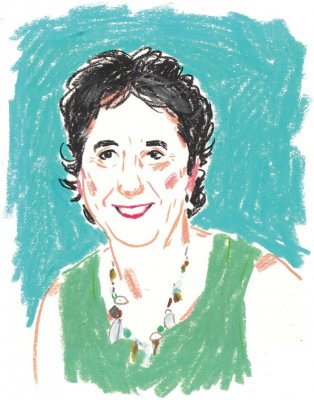 Debra Linesch received a B.A. in 1975 at the University of Torontoand followed with a B.Ed., at Queens University, Ontario in education. After three years of working as an elementary school teacher, studying painting at Ontario College of Art and traveling with a professional puppetry troupe, she moved to California to pursue an education in Art Therapy at Immaculate Heart College. She received her M.A. in 1981 and following graduation she was appointed to the Art Psychotherapy
fellowship at Cedars-Sinai Hospital until 1982. She worked for several years at Vista Del Mar Child Care Services and Dubnoff Therapeutic School and in private practice. Dr. Linesch became a part-time instructor in the program in 1982. She remained in this role until 1988 when she was hired in the tenure track position created by Helen Landgarten’setirement. Dr.Linesch received her Ph.D. at th Union Institute in 1992.
She has published several articles about her work and has written five books,Adolescent Art Therapy and Art Therapy with Families in Crisis, both published by Brunner/Mazel, Celebrating Family Milestones through Making Art Together, introducing families to the art therapy process, published by Firefly Books, Panim el Panim: Facing Genesis, and Midrashic Mirrors: Creating Holiness in Imagery and Intimacy
Dr. Linesch teaches a variety of courses but specializes in research methods. She has presented her work widely, including three recent keynote addresses in Toronto, Canada as well as New York City, Columbus, Ohio, and Taegu, South Korea. She was awarded the 2015 Distinguished Educator of the Year from the American Art Therapy Association. She was the chairperson of the department from January, 1995 to August, 2017 and currently is the interim chair for the department until her retirement from LMU in December 2021.