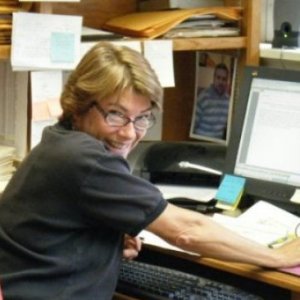 
Debra Steckler is an associate Professor of Psychological Science at University of Mary Washington.

Debra Cowart Steckler, Chair of the Department of Psychology and Associate Professor of Psychology, earned a Ph.D. (1981) and an M.S. (1978) from the University of Georgia, after receiving a B.A. (1975) in psychology from Butler University. A member of the Association for Psychological Science and the Virginia Psychological Association, Dr. Steckler is an expert in the areas of adolescent development, the influence of media violence on behavior, sports psychology and the psychology of criminal behavior. She was awarded a 2011-2012 Mary Washington Faculty Development Grant for the project “An Investigation of the Foundation of Arnett’s New Life Stage: Emerging Adulthood.”

Debra Steckler, department of psychology, presented two posters based on research she did with her Psyc 491-492 students at the 6th Conference on Emerging Adulthood in Chicago Oct. 9-11.

Studies of the vicarious traumatization of college students by the September 11th attacks: effects of proximity, exposure and connectedness