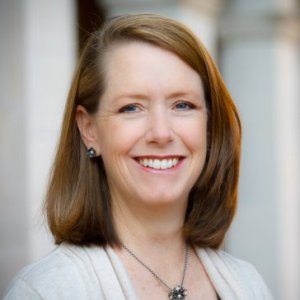 
Johnston has nearly 20 years of expertise in education, sustainability and environmental issues.

Dedee DeLongpré Johnston has nearly 20 years of expertise in education, sustainability and environmental issues – the culmination of longtime personal and professional passions. As Wake Forest’s first Director of Sustainability, DeLongpré Johnston works with student, faculty and community leaders to develop strategic initiatives for integrating sustainability into university programs, from teaching and research to public service and campus operations.

Nationally renowned for initiatives she has overseen at Wake Forest and other national universities, she serves on the board of the Association for the Advancement of Sustainability in Higher Education and has been profiled in national news outlets such as U.S. News & World Report, Southern Living, the Atlanta Journal-Constitution and Sustainability: The Journal of Record. 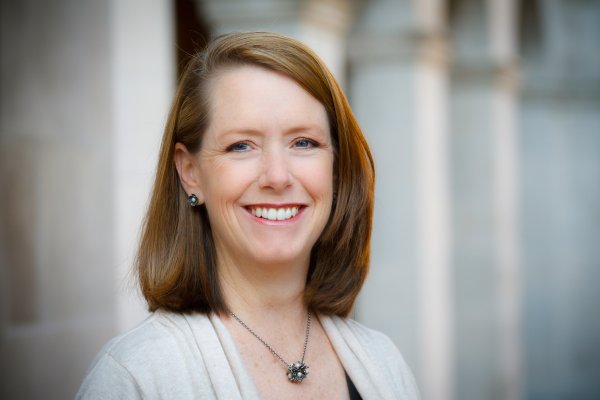 Before the tree-planting ceremony, Johnston told Leavell that the National Arbor Day Foundation has designated WFU as a Tree Campus USA School. The foundation recognized the university for its management of trees. Johnston said that thousands of trees on the WFU campus live within an urban environment and near the university’s parking lots, which generate heat. “We have a real commitment to native species (of trees) on campus,” she said. “Some of the native species are not really acclimated to a hot parking lot environment. Some of the trees endure a lot of heat or endure a lot of foot traffic.”

Outdoor Pursuits member and rock climbing connoisseur, Mike Thomas, understands the significance of climate change. But he is not sure if this issue deserves the attention it receives in American politics. Climate change remains a controversial political topic in Congress -- with democrats preaching its significance and Republicans assuming ignorance -- generally speaking.

Dedee Johnston, director of Wake Forest’s Office of Sustainability, said she helped organize students from her office, the Office of Multicultural Affairs and the Office of Service and Social Action to volunteer for the clean-up effort Saturday. “This is a really culturally significant site,” she said. “It’s been ignored and worse than that, it’s been disrespected. (This) is a great opportunity to partner up and bring some dignity back to the space.”

Wake Forest University is hoping to tap students interested in both the global benefits of sustainability and the estimated $60 billion U.S. market for sustainable products with a new master's program. Wake Forest's Center for Energy, Environment & Sustainability or CEES created the M.A. in Sustainability, a one-year program that combines classes in social sciences, humanities, natural sciences, management and law. The first students will start this fall.

Wake Forest University Director of Sustainability, Dedee Delongpre Johnston, spoke to a group of students at Salem College on Tuesday, April 16. Johnston discussed topics ranging from sustainability to starting a campaign. “Let’s move forward together in a practical revolution and start from where we are now,” stated Johnston. Johnston suggests looking at your current behaviors, values, and beliefs and altering them to be more sustainable. “To become sustainable, you have to meet people where they are now and on their platform,” she added.

Earth Day, held annually on April 22, is meant to spark awareness and appreciation for the Earth and inspire discussions on sustainability and conservation. While people around the globe may simply recycle cans or use alternative forms of transportation to honor this holiday, many colleges strive to do more. Rather than cramming a bevy of sustainability-centric initiatives into a single day, some schools are scheduling weeks of events and activities. Wake Forest University, for example, launched "13 Days of Celebrating the Earth" on April 14, allowing students to participate in a multitude of environmentally conscious endeavors, such as a cardboard boat race and tours of local farms and gardens.

Greener resume can give college graduates edge in job market

Green-collar jobs grew by more than 9 percent, twice the growth rate for traditional jobs, from 1998 to 2007. Even during a recession, a greener resume can be the answer to getting hired, says Wake Forest Director of Sustainability Dedee DeLongpre Johnston. "Sustainability is a competitive advantage in the marketplace," she says. "College graduates entering the job market this year will definitely have an edge if they have developed sustainability-related skill sets."

Sustainability: Director sees role at WFU as a catalyst

In her new role as sustainability director at Wake Forest University, Dedee DeLongpre Johnston might spend some days passing out recycling bags and chatting with tailgaters at BB&T Field. Other days, she might find herself brainstorming with physics professors on how to integrate sustainability into their curriculum. Johnston's charge in this newly created position goes beyond replacing incandescent light bulbs and diverting trash from the landfill. Administrators want her to introduce and promote sustainability in all pockets of the university, from athletics to administration.

The efficacy of a theory-based, participatory recycling intervention on a college campus Journal of Environmental Health

Recycling solid waste is an important primary prevention focus to protect environmental resources and human health. Recycling reduces energy consumption and emissions and the need to harvest raw material, which protects air, water, and land. In the ...

This year's Earth Day panel will focus on the complex social, environmental and economic ramifications of hydrofracturing ("fracking"), a process of extracting natural gases from bedrock by fracturing the rock with high pressure fluid. Discussion panelists include Nathan Atkinson, J.D.; Dick Schneider, J.D.; Dr. Miles Silman, WFU Department of Biology and Director of the Center for Energy, Environment and Sustainability (CEES); and Dr. Lucas Johnston, WFU Departments of Religion and Environmental Studies...