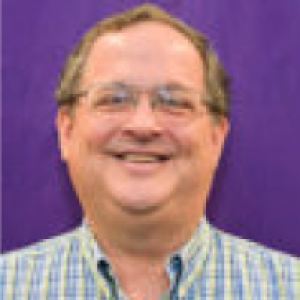 
Professor Cheek focuses on cellular and biological sciences, and pharmacology

There are two specific areas of research. The first encompasses cellular and biological sciences, including the genetic/genomic cellular/tissue expressions and subsequent clinical presentation of cardiovascular disease with the role of functioning endothelial cells and subsequent causative factors involved in the development of dysfunctional endothelium and heart disease especially in women. The second area of research is pharmacology, specifically the role of the various genomic makeup of the patient such as pharmacogenomics in order to reduce adverse drug reaction and improve drug efficacy.

University of Nevada: Ph.D., Cellular and Molecular Pharmacology and Physiology 1996

Independent calculation of dose from a helical TomoTherapy unit

2009 A new calculation algorithm has been developed for independently verifying doses calculated by the TomoTherapy® Hi·Art® treatment planning system (TPS). The algorithm is designed to confi rm the dose to a point in a high dose, low dose‐gradient region. Patient data used by the algorithm include the radiological depth to the point for each projection angle and the treatment sinogram file controlling the leaf opening time for each projection. The algorithm uses common dosimetric functions [tissue phantom ratio (TPR) and output factor (urn:x-wiley:15269914:media:acm20103:acm20103-math-0001)] for the central axis combined with lateral and longitudinal beam profile data to quantify the off‐axis dose dependence. Machine data for the dosimetric functions were measured on the Hi·Art machine and simulated using the TPS. Point dose calculations were made for several test phantoms and for 97 patient treatment plans using the simulated machine data. Comparisons with TPS‐predicted point doses for the phantom treatment plans demonstrated agreement within 2% for both on‐axis and off‐axis planning target volumes (PTVs). Comparisons with TPS‐predicted point doses for the patient treatment plans also showed good agreement. For calculations at sites other than lung and superficial PTVs, agreement between the calculations was within 2% for 94% of the patient calculations (64 of 68). Calculations within lung and superficial PTVs overestimated the dose by an average of 3.1% (urn:x-wiley:15269914:media:acm20103:acm20103-math-0002) and 3.2% (urn:x-wiley:15269914:media:acm20103:acm20103-math-0003), respectively. Systematic errors within lung are probably due to the weakness of the algorithm in correcting for missing tissue and/or tissue density heterogeneities. Errors encountered within superficial PTVs probably result from the algorithm overestimating the scatter dose within the patient. Our results demonstrate that for the majority of cases, the algorithm could be used without further refinement to independently verify patient treatment plans.

The International Journal of Medical Physics Research and Practice

2008 Helical tomotherapy is a technique for delivering intensity modulated radiation therapy treatments using a continuously rotating linac. In this approach, fan beams exiting the linac are dynamically modulated in synchrony with the motion of the gantry and couch. Helical IMRT deliveries have been applied to treating surface lesions, and the purpose of this study was to evaluate the accuracy of dose calculated by the TomoTherapy Hi·Art treatment planning system for superficial planning target volumes (PTVs). TomoTherapy treatment plans were developed for three superficial PTVs (2‐, 4‐, and 6‐cm deep radially by urn:x-wiley:00942405:media:mp2362:mp2362-math-0001 azimuthally by 4‐cm longitudinally) contoured on a 27‐cm diameter cylindrical white opaque, high‐impact polystyrene phantom. The phantom included removable transverse and sagittal film cassettes that contained bare Kodak EDR2 films cut such that their edges matched the phantom surface urn:x-wiley:00942405:media:mp2362:mp2362-math-0002. The phantom was aligned to the machine's isocenter urn:x-wiley:00942405:media:mp2362:mp2362-math-0003 and was irradiated according to the treatment plans. Films were scanned with a Vidar film digitizer, and optical densities were converted to dose using a calibration determined from a 6 MV perpendicular film exposure. This perpendicular calibration required that axial film doses (parallel irradiation) be scaled by 1.02 so that mid‐arc depth doses matched those measured in the sagittal plane (perpendicular irradiation). All film readings were scaled by 0.935 to correct for over‐response due to phantom Cerenkov light. Measured dose distributions were registered to calculated ones and compared. Calculated doses overpredicted measured doses by as much as 9.5% of the prescribed dose at depths less than 1 cm. At depths greater than 1 cm, calculated dose distributions showed agreement to measurement within 5% in the high‐dose region and within 0.2 cm distance‐to‐agreement in the dose falloff regions. In the low‐dose region posterior to the PTVs (urn:x-wiley:00942405:media:mp2362:mp2362-math-0004 of the prescribed dose), the dose algorithm underpredicted the dose by 1%–2% of the prescribed dose. Clinically, it is recommended that 1 cm of bolus be used on the surface to ensure that cancerous tissues less than 1 cm depth are not underdosed.

Heart & Lung: The Journal of Acute and Critical Care

2004 Diastolic heart failure (DHF) is common in older women. There have been no clinical trials that have identified therapies to improve symptoms in these patients. A total of 32 women with New York Heart Association class II and III DHF (left ventricular ejection fraction >45% and symptoms of dyspnea or fatigue) were randomized into a 12-week home-based, low-to-moderate intensity (40% and 60%, respectively) exercise and education program (intervention) or education only program (control)...

1994 Purified endothelial cells isolated from guinea pig hearts by enzymatic perfusion were grown in monolayer culture and used to test the ability of a variety of vasoactive agents to stimulate ATP release from these cells. Stimulation of endothelial cells with the peptide agonist bradykinin (1 nmol/L), acetylcholine (1 mumol/L), serotonin (1 mumol/L), or adenosine 59-diphosphate (10 mumol/L) resulted in the rapid appearance of ATP in the incubation medium determined with the firefly luciferase assay for ATP. Addition of antagonists for muscarinic (atropine, 0.1 mumol/L) and purinergic (suramin, 100 mumol/L; reactive blue-2, 100 mumol/L) receptors suggested that ATP release from these cells was receptor-mediated...

1993 Analogues of L-arginine with modifications at the terminal guanidino nitrogen and/or the carboxyl terminus of the molecule have been widely used for their ability to inhibit the production of nitric oxide and are thought to be competitive antagonists of nitric oxide synthase. The present studies were designed to test the possibility that these agents are also muscarinic receptor antagonists. Acetylcholine produced concentration-dependent contraction of endothelium-denuded rabbit coronary artery as well as isolated strips of canine colonic smooth muscle...