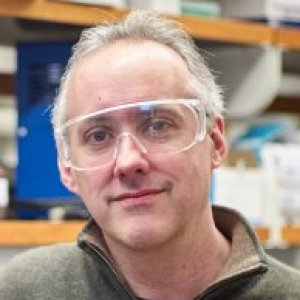 
Prof. Dennis Wright is an expert in medicinal pharmacy, therapeutic development for infectious disease and cancer.

Dennis Wright, professor of medicinal pharmacy. Therapeutic development for infectious disease and cancer. Wright has recently improved upon a new way to thwart the pathogen Tuberculosis (TB) which has become difficult to fight because antibiotics that have been used to cure the old and notoriously difficult to treat disease, are becoming less and less effective. 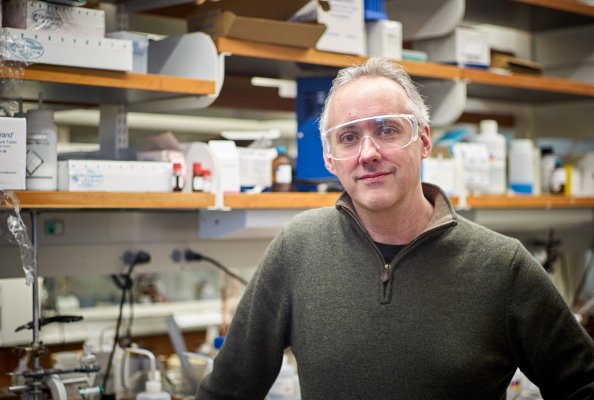 2013 Phelligridin G is an unusual natural product that contains an embedded spiro-fused furanone core. We have investigated two furan-based synthetic approaches towards the spirocyclic core structure of this natural product from readily available 2-phenylfurans.

2013 A novel strategy for targeting the pathogenic organisms Candida albicans and Candida glabrata focuses on the development of potent and selective antifolates effective against dihydrofolate reductase. Crystal structure analysis suggested that an essential loop at the active site (Thr 58-Phe 66) differs from the analogous residues in the human enzyme, potentially providing a mechanism for achieving selectivity. In order to probe the role of this loop, we employed chemical synthesis, crystal structure determination and molecular dynamics simulations.

Toward new therapeutics for skin and soft tissue infections: propargyl-linked antifolates are potent inhibitors of MRSA and Streptococcus pyogenes

2012 Hospital- and community-acquired, complicated skin and soft tissue infections, often attributed to Staphylococcus aureus and Streptococcus pyogenes, present a significant health burden that is associated with increased health care costs and mortality. As these two species are difficult to discern on diagnosis and are associated with differential profiles of drug resistance, the development of an efficacious antibacterial agent that targets both organisms is a high priority.

Acetylenic linkers in lead compounds: a study of the stability of the propargyl-linked antifolates.

The furan route to tropolones: probing the antiproliferative effects of β-thujaplicin analogs.

2012 A direct route to analogs of the naturally occurring tropolone β-thujaplicin has been developed in just four steps from furan. Using this method, a series of derivatives were synthesized and evaluated. Several of these compounds demonstrated very high levels of potency against bacterial and fungal pathogens with good selectivity over mammalian cells.