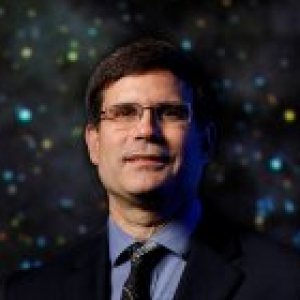 
Derek Buzasi's research involves almost anything to do with stars or the sun. 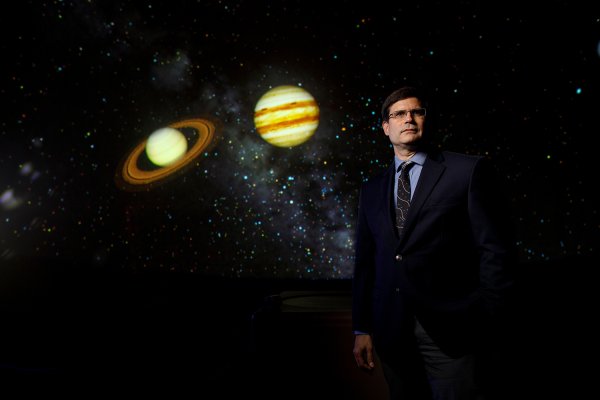 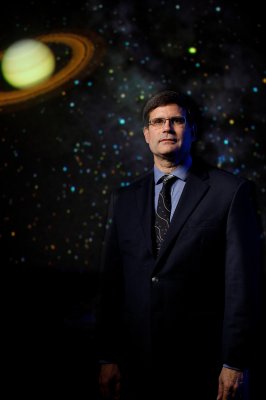 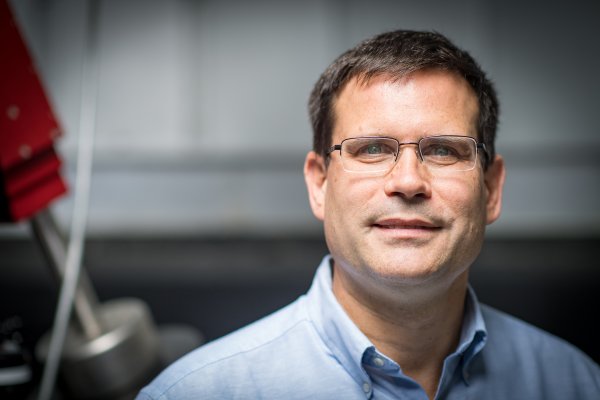 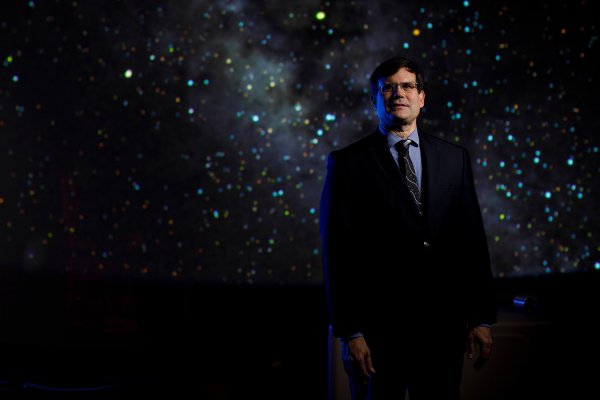 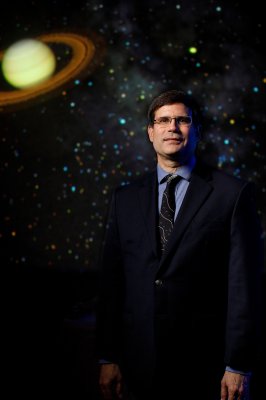 Dr. Derek Buzasi is Whitaker Eminent Scholar in Florida Gulf Coast University's Department of Chemistry and Physics. Buzasi has published more than 170 papers, and has also worked on a variety of major instrument teams, including as detector scientist for the Cosmic Origins Spectrograph, part of the Hubble Space Telescope's most recent upgrade, and as principal investigator for the Wide-Field Infrared Explorer satellite. He served on the Science Team for NASA's planet-finding Kepler mission, and currently works on NASA's Transiting Exoplanet Survey Satellite (TESS) mission, where he leads an international Coordinated Activity for the TESS Asteroseismic Science Consortium.

Buzasi's research interests include almost anything having to do with stars. He began by studying various aspects of stellar (and solar) activity, such as spots, flares, and winds, and continues to do both observations and theoretical work, including radiative transfer modeling and magnetohydrodynamic models of stellar flux tubes. More recently, he has worked on asteroseismology (the study of stellar oscillations) in stars ranging from intermediate-mass stars to red giants, and on the photometric detection of exoplanets. Dr. Buzasi also works on computer modeling, particularly of nonlinear systems, and is co-author of the chapter on Computational Astrophysics in the CRC Computer Science Handbook.

Buzasi is also a reserve Navy engineering duty officer with the rank of Commander; his current assignment is with the Naval Undersea Warfare Center in Keyport, Washington.

We Get the Basics on Multi-Messenger Astronomy

Dr. Derek Buzasi talks about he and his students work with the Transiting Exoplanet Survey Satellite (TESS).

Astronomers Are Using AI to Study the Vast Universe — Fast

An Astronomical Bonanza From a Washed-Out Satellite

2019 We present the discovery of TOI-197.01, the first transiting planet identified by the Transiting Exoplanet Survey Satellite (TESS) for which asteroseismology of the host star is possible. TOI-197 (HIP116158) is a bright (V=8.2 mag), spectroscopically classified subgiant which oscillates with an average frequency of about 430 muHz and displays a clear signature of mixed modes. The oscillation amplitude confirms that the redder TESS bandpass compared to Kepler has a small effect on the oscillations, supporting the expected yield of thousands of solar-like oscillators with TESS 2-minute cadence observations. Asteroseismic modeling yields a robust determination of the host star radius (2.943+/-0.064 Rsun), mass (1.212 +/- 0.074 Msun) and age (4.9+/-1.1 Gyr), and demonstrates that it has just started ascending the red-giant branch. Combining asteroseismology with transit modeling and radial-velocity observations, we show that the planet is a "hot Saturn" (9.17+/-0.33 Rearth) with an orbital period of ~14.3 days, irradiance of 343+/-24 Fearth, moderate mass (60.5 +/- 5.7 Mearth) and density (0.431+/-0.062 gcc). The properties of TOI-197.01 show that the host-star metallicity - planet mass correlation found in sub-Saturns (4-8 Rearth) does not extend to larger radii, indicating that planets in the transition between sub-Saturns and Jupiters follow a relatively narrow range of densities. With a density measured to ~15%, TOI-197.01 is one of the best characterized Saturn-sized planets to date, augmenting the small number of known transiting planets around evolved stars and demonstrating the power of TESS to characterize exoplanets and their host stars using asteroseismology.

2016 In this study, we undertook a deep photometric examination of a narrowly-defined sample of solar analogs in the Kepler field, with the goals of producing a uniform and statistically meaningful sample of such stars, comparing the properties of planet hosts to those of the general stellar population, and examining the behavior of rotation and photometric activity among stars with similar overall physical parameters. We successfully derived photometric activity indicators and rotation periods for 95 planet hosts (Kepler objects of interest [KOIs]) and 954 solar analogs without detected planets; 573 of these rotation periods are reported here for the first time. Rotation periods average roughly 20 d, but the distribution has a wide dispersion, with a tail extending to P > 35 d which appears to be inconsistent with published gyrochronological relations. We observed a weak rotation-activity relation for stars with rotation periods less than about 12 d; for slower rotators, the relation is dominated by scatter. However, we are able to state that the solar activity level derived from Virgo data is consistent with the majority of stars with similar rotation periods in our sample. Finally, our KOI sample is consistently approximately 0.3 dex more variable than our non-KOIs; we ascribe the difference to a selection effect due to low orbital obliquity in the planet-hosting stars and derive a mean obliquity for our sample of χ = 6+5°-6, similar to that seen in the solar system.

2015 NASA's re-purposed Kepler mission—dubbed K2—has brought new scientific opportunities that were not anticipated for the original Kepler mission. One science goal that makes optimal use of K2's capabilities, in particular its 360° ecliptic field of view, is galactic archaeology—the study of the evolution of the Galaxy from the fossil stellar record. The thrust of this research is to exploit high-precision, time-resolved photometry from K2 in order to detect oscillations in red giant stars. This asteroseismic information can provide estimates of stellar radius (hence distance), mass, and age of vast numbers of stars across the Galaxy. Here we present the initial analysis of a subset of red giants, observed toward the north galactic gap, during the mission's first full science campaign. We investigate the feasibility of using K2 data for detecting oscillations in red giants that span a range in apparent magnitude and evolutionary state (hence intrinsic luminosity). We demonstrate that oscillations are detectable for essentially all cool giants within the $\mathrm{log}g$ range ~1.9–3.2. Our detection is complete down to ${\text{Kp}}\;\sim \;14.5$, which results in a seismic sample with little or no detection bias. This sample is ideally suited to stellar population studies that seek to investigate potential shortcomings of contemporary Galaxy models.

2011 We report the detection of a planet whose orbit surrounds a pair of low-mass stars. Data from the Kepler spacecraft reveal transits of the planet across both stars, in addition to the mutual eclipses of the stars, giving precise constraints on the absolute dimensions of all three bodies. The planet is comparable to Saturn in mass and size and is on a nearly circular 229-day orbit around its two parent stars. The eclipsing stars are 20 and 69% as massive as the Sun and have an eccentric 41-day orbit. The motions of all three bodies are confined to within 0.5° of a single plane, suggesting that the planet formed within a circumbinary disk.