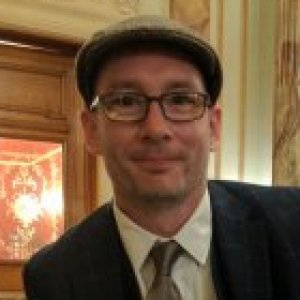 Dermott J. Walsh received his Ph.D. in Asian Languages and Cultures (Buddhist studies track) from the University of California, Los Angeles with a dissertation on Myoan Eisai and the origins of Zen Buddhism in Japan. Dermott’s research interests include the relationship between precepts and meditation in Chan/Zen and Tiantai Buddhism, doctrine and practice in early Japanese Zen Buddhism, the nature of Buddhist ethics, Buddhist moral philosophy and the history of philosophy in Asia. With an undergraduate degree in western philosophy and extensive experience at the Department of Japanese philosophy at Kyoto University, Japan, Dermott’s work combines translation and textual analysis of premodern East Asian Buddhist texts with philosophical analysis. Outside of academics, Dermott enjoys motorcycling, nineteenth century Russian literature, and spending time with his family.

Meditation and its relation to morality in Buddhist thought

“Paradigms of Practice: The Relationship between Vinaya and Bodhisattva Precepts in Eisai’s Zen”

“Tanabe Hajime on Repentance and Reconciliation: An Analysis of Philosophy as Metanoetics

In Reconciling with the Past: Sources and Obstacles in a Global Perspective, p.83-93. London: Routledge

Translation of Kiyoshi Takeyama’s “Architecture as a Way of Thinking”

From the Things Themselves: Architecture and Phenomenology, p.349-373. Edited by Benoit Jacquet et.al. Seattle: University of Washington Press

“Reduction to Japan-ness? Katsura Villa as a Discursive Phenomena”, with Benoit Jacquet

From the Things Themselves: Architecture and Phenomenology, p.471-495. Seattle: University of Washington Press.

“The Confucian Roots of Zen no Kenkyu: Nishida’s Debt to Wang Yang- Ming in the Search for a Philosophy of Praxis.”