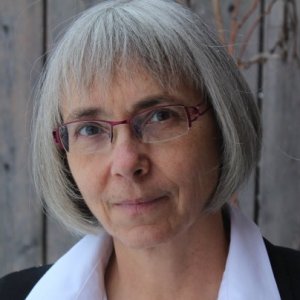 She has a broad range of experience in research, policy, planning, management, and advocacy for civil society organizations, governments, associations, universities, and the United Nations. She has designed and implemented policies and programs, provided strategic advice, supported capacity-building and organizational change, and developed and implemented initiatives to influence policy and increase public and professional awareness for more than three dozen organizations in many parts of Canada, and in almost a dozen countries in Asia, Africa, and Latin America. Her most recent major assignment was Interim Executive Director, Sierra Club Canada Foundation (2015-2016).

Diane has a Bachelor of Environmental Studies from the University of Waterloo and a Master of Arts in International Affairs from Carleton University.

Canada's Official Residence, No Longer Fit For A Prime Minister

Diane Beckett, the interim director of the Sierra Club of Canada, visited 24 Sussex Drive a few years ago and describes it as "quite worn down and quite faded." The kitchen was minuscule, she says, and the place was drafty. "They put in this 1960s cheap patio door that you would have in your cottage. And so when I was there, they had actually covered it in plastic to keep the cold out," Beckett says.

Diane Beckett, executive director of the Sierra Club Canada Foundation, called the decision to hire someone with such a strong oil and gas background a missed opportunity for the Liberal government to set Canada on track with the rest of the world. “(Annesley) comes with a knowledge of an industry that Canada has to diversify away from,” Beckett said.

Diane Beckett, Sierra Club Canada’s interim executive director, believes the oil should stay in the ground. “We’re being asked, ‘What poison do we want?’” she said. “The truth is when pipelines break, they’re huge oil spills.” Energy East will expand the amount of oil extracted, she said. “We don’t need new infrastructure to be put into an old dinosaur industry,” said Beckett. “We have to start putting the investments into green energy and energy conservation.”

Canada's new minister of environment and climate change is Ottawa MP and lawyer Catherine McKenna. She was confirmed at an historic swearing-in ceremony at Rideau Hall on Wednesday that saw several Trudeau cabinet ministers declared. Minister McKenna has a large number of climate, clean tech and environmental protection promises to fulfill that were made during the election. They include a price on carbon, a pledge to reverse Canada's international reputation as a climate laggard, and a $2-billion "Low Carbon Economy Trust” to help kickstart a clean tech boom. "I'm really thrilled," reacted Sierra Club Canada Foundation's interim executive director Diane Beckett from Ottawa. "She's not only the minister of the environment, she's the minister of climate change."

Keystone XL pipeline is now in limbo, so CTV's panel looked at both the pros and cons of the delay. Director of the Sierra Club Diane Beckett and Senior Director of The Fraser Institute Kenneth Green join us to discuss their opposing views.

Time for a green makeover for 24 Sussex?

Momentum is building for an audacious plan to turn the prime minister’s official residence in Ottawa into a national showcase for super-energy-efficient housing, and a powerful symbol of Canada’s promise to make a difference on global climate change. The idea began with a simple question: if 24 Sussex Drive is in such terrible condition that Prime Minister-Designate Justin Trudeau and his family will have to live elsewhere while the 19th-century home is renovated, why not rebuild it as a net-zero heritage retrofit?

24 Sussex should get a green makeover, Sierra Club says

The Sierra Club Canada Foundation is calling for an overhaul of 24 Sussex that would make the prime minister’s traditional home “the world’s most energy-smart official residence.” Calling it an “audacious plan," the environmental charity is proposing that the prime minister’s official residence undergo a “net-zero” heritage retrofit, which would allow the crumbling home to produce as much energy as it consumes. “This is the time to do it,” Sierra Club Canada’s interim executive director Diane Beckett told CTV News Channel on Thursday.

"Charming historic residence, perfect for the do-it-yourselfer! Just needs some TLC!" If you were preparing the listing for the prime minister's official residence in Ottawa, you'd need some handy euphemisms because you can't just say "money pit." Prime minister-designate Justin Trudeau and his family will not be moving into 24 Sussex Drive -- at least not yet. The prime minister's official residence, at 24 Sussex, is in desperate need of renovations. So the Trudeau family will move up the street to Rideau Cottage. The official residence is in such poor repair that some are calling for it to be torn down. But the Sierra Club Canada Foundation is proposing a less extreme and greener alternative. "I think that we can turn it into a net zero energy house and have the best official residence in the whole world, in terms of it being environmental and sustainable and a symbol that we are going to do something about climate change," Diane Beckett, interim executive director of the Sierra Club Canada Foundation, tells As It Happens host Carol Off.

Traditionally, new government leaders spend 100 first days in office before they are assessed, but Canada’s new prime minister must work much more quickly than that on climate change, says the environmental group Sierra Club Canada Foundation. Prime minister-elect Justin Trudeau has already said he will attend the United Nations Climate Change Conference in December and the group says he must be ready for this “make-or-break meeting” on limiting greenhouse gas emissions. New leader to meet premiers on climate “I am very pleased to say he has already taken the first step,” says Diane Beckett, interim leader of the Sierra Club Canada Foundation. At his news conference the day after the election, Trudeau said he would meet with the premiers of all of Canada’s provinces and territories to discuss climate change before the conference.

Canada’s contributions to the fight against climate change should recognize that “countries like the Marshall Islands will be underwater at 2.0°C”, and that “developed countries, which largely caused the problem, need to be supporting less developed countries,” Environment and Climate Change Minister Catherine McKenna told an Ottawa gathering in the week before the United Nations climate summit opened in Marrakech.

Time for a Green Makeover for 24 Sussex?

Momentum is building for an audacious plan to turn the prime minister’s official residence in Ottawa into a national showcase for super-energy-efficient housing, and a powerful symbol of Canada’s promise to make a difference on global climate change.

No one will be left untouched

Scientists, world leaders, business people speak with one voice. The IPCC scientists are not the only ones sounding the alarm about the urgent need to address climate change or face disaster. The International Monetary Fund, the World Bank and the United Nations are not exactly the kinds of organizations typically run by “tree huggers” and yet, Christine Lagarde, the head of the IMF has warned that “Unless we take action on climate change, future generations will be roasted, toasted, fried and grilled.” Jim Yong Kim, president of the World Bank, says “global warming imperils all of the development gains we have made.”