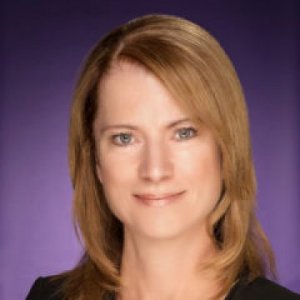 Professor Diane Snow obtained her Ph.D. from Case Western Reserve University, Department of Neurosciences, under the mentorship of Dr. Jerry Silver, and her postdoctoral fellowship with Dr. Paul Letourneau at the University of Minnesota. Having been greatly influenced by Silver’s enthusiasm and dedication to spinal cord injury research, Snow and Silver were pioneers of the concept that chondroitin sulphate proteoglycans serve as major inhibitors of nerve regeneration following spinal cord injury. They both continue to investigate avidly the mechanisms of proteoglycan inhibition of axon guidance and regeneration.

Further, she has been a life-long advocate for girls and women in science, and has received the prestigious Sarah Bennett Holmes Award (2010) for “significant contributions to the advancement of women.” Dr. Snow has authored more than 50 scientific articles and received support from the National Institutes of Health, the U.S. Department of Defense, the Christopher and Dana Reeve Foundation, Walk-2-Run Foundation, Craig H. Neilsen Foundation, and others.

She became Dean of the John V. Roach Honors College in August 2016.

Women in STEM: bias and bridging the gap

Part of the reason for this lack of parity is women are not encouraged in math and science as readily as boys, said Diane Snow, dean of the John V. Roach Honors College and professor of neuroscience in the College of Science and Engineering.

“It’s a problem that starts as early as birth,” Snow said. “There’s a great deal of research showing we treat girls very differently than boys from day one and continue to develop different expectations from that point on.”...

Just a few months ago, Snow packed a few suitcases and left her home in Lexington, Kentucky to head to Fort Worth.

Snow said she connected with TCU during her first interview. “This is a people place,” she said. “It’s people first. It exudes from all the things they do.”...

Vagal pulmonary myelinated afferents are normally not activated by capsaicin, a selective agonist of transient receptor potential vanilloid type 1 (TRPV1) receptors. This study was carried out to investigate whether the expression of TRPV1 in these afferents is altered when chronic airway inflammation is induced by ovalbumin (Ova) sensitization. Two groups of Brown–Norway rats (sensitized and control) were exposed to aerosolized Ova and vehicle, respectively, 3 days per week for 3 weeks. After the C‐fibre conduction in both vagus nerves was blocked, right‐atrial injection of capsaicin elicited augmented breaths in sensitized rats breathing spontaneously, but not in control rats, indicating a stimulation of rapidly adapting receptors (RARs) by capsaicin. Single‐unit fibre activities of RARs and slow adapting receptors (SARs), identified by their firing behaviour and adaptation indexes in response to lung inflation, were recorded in anaesthetized, vagotomized and artificially ventilated rats. Capsaicin injection evoked either negligible or no response in both RARs and SARs of control rats. However, in striking contrast, the same dose of capsaicin evoked an immediate stimulatory effect on these myelinated afferents in sensitized rats. Furthermore, the immunohistochemistry experiments showed that there was a significant increase in the proportion of TRPV1‐expressing pulmonary neurones in nodose ganglia of sensitized rats; this increase in TRPV1 expression was found mainly in neurofilament‐positive (myelinated) neurones. In conclusion, allergen‐induced airway inflammation clearly elevated capsaicin sensitivity in myelinated pulmonary afferents, which probably resulted from an increased expression of TRPV1 in these sensory nerves.

To assess the effects of human intervertebral disc aggrecan on nerve growth and guidance, using in vitro techniques.

Proteoglycans influence aging and plasticity in the nervous system. Particularly prominent are the chondroitin sulfate proteoglycans (CSPGs), which are generally inhibitory to neurite outgrowth. During development, CSPGs facilitate normal guidance, but following nervous system injury and in diseases of aging (e.g., Alzheimer's disease), they block successful regeneration, and are associated with axon devoid regions and degenerating nerve cells. Whereas previous studies used non‐nervous system sources of CSPGs, this study analyzed the morphology and behavior of sensory (dorsal root ganglia) neurons, and a human nerve cell model (SH‐SY5Y neuroblastoma cells) as they contacted nervous system–derived CSPGs, using a variety of microscopy techniques. The results of these qualitative analyses show that growth cones of both nerve cell types contact CSPGs via actin‐based filopodia, sample the CSPGs repeatedly without collapse, and alter their trajectory to avoid nervous system–derived CSPGs. Turning and branching are correlated with increased filopodial sampling, and are common to both neurons and Schwann cells. We show that CSPG expression by rat CNS astrocytes in culture is correlated with sensory neuron avoidance. Further, we show for the first time the ultrastructure of sensory growth cones at a CSPG‐laminin border and reveal details of growth cone and neurite organization at this choice point. This type of detailed analysis of the response of growth cones to nervous system–derived CSPGs may lead to an understanding of CSPG function following injury and in diseases of aging, where CSPGs are likely to contribute to aberrant neurite outgrowth, failed or reduced synaptic connectivity, and/or ineffective plasticity.

A variety of molecular influences in the extracellular matrix (ECM) interact with developing axons to guide the formation of hippocampal axon pathways. One of these influences may be chondroitin sulfate proteoglycans (CSPGs), which are known to inhibit axonal extension during development and following central nervous system injury. In this study, we examined the role of CSPGs and cell adhesion molecules in the regulation of axon tract formation during hippocampal development. We used indirect immunofluorescence to examine the developmental pattern of CSPG expression relative to axon tracts that express the cell adhesion molecule L1. Additionally, we used dissociated and explant cell cultures to examine the effects of CSPGs on hippocampal axon development in vitro. In vivo, we found that the CSPG neurocan is expressed throughout the alveus, neuropil layers, and parts of the dentate gyrus from E16 to P2. The CSPG phosphacan is expressed primarily in the neuropil layers at postnatal stages. After E18, intense labeling of neurocan was observed in regions of the alveus surrounding L1‐expressing axon fascicles. In vitro, axons from brain regions that project through the alveus during development would not grow across CSPG substrata, in a concentration‐dependent manner. In addition, hippocampal axons from dissociated neuron cultures only traveled across CSPG substrata as fasciculated axon bundles. These findings implicate CSPG in the regulation of axon trajectory and fasciculation during hippocampal axon tract formation.