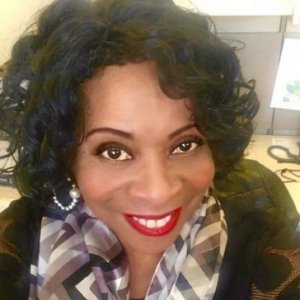 About:
Dianne is a native of Washington, DC and still lives in the surrounding area. After 22 years in executive level services to Members/Senators on Capitol Hill, she took her knowledge of 'How Washington Works' and the extensive level of Congressional assistance (most are unaware of) to the next level, delving into the power of Congressional Members to question, challenge and even override wrongful terminations and cases of benefit denials on behalf of U.S. citizens.

Armed with that and collaborating with Congressional office connections, Dianne became a bridge of victory to those whose cases she worked, whose lives have been adversely impacted by agency reviewers' decision errors. In her arena, she knows that NO is NOT Final Answer because she learned and performed these services during her time in the U.S. Senate and House of Representatives. She has shared this information on media outlets (links provided) as well as YouTube.

The cases she has undertaken since retiring from Capitol Hill have been successful in reversing those denials in favor of the claimant. She gives talks on this to educate, empower and equip The People to know that NO is NOT Final Answer. The 'System' makes mistakes because the people managing it make mistakes. We catch 'em.

Additionally, Dianne is a published author (Echoes From Your Past: Vision For Your Future - available at Amazon.com) with two more under construction. Her genre is 'New Vision' - changing people's view of where they are, to face the What Happened, understand The Why and, whether their fault or not, find not only the champion in them but their possibilities and potential that go with it. Mistakes equal Growth. Failures equal Lessons. Brokenness equals Rebuilding. Being able to offer this in a public forum and on Radio/Television segments has given her the platform to do this.

Her book talks are for all who need to turn the corner, or have done so but cannot see a road forward because they have not removed the past from their radar.

'What Happened' is only a Page in a Chapter of the Book of Your Life - Get Ready to Turn the Page!

If you have an audience who would benefit from a session with Dianne, you are invited to contact her directly via e-mail or phone. "There is a road up ahead called Future. The question is...do you want it?"

Top Denials Reversed: (1) SSA/SSDI Claims and Appeals Denials Reversed: Nine Years of error payments. Retro pay ordered when SSA was exposed with wrong SS# and other vital information on the applicant. (2) SSD denial of prosthetic was reversed for another claimant. (3) Spousal Death SS benefit denial reversed after bringing case to Senator Mikulski. (4) Wrongful Termination/UEC denial by a university. Overturned by the DC Office of Human Rights. College was found in violation of Labor Law.

'Connecting People in Need to the People with the Power to Change the Outcome.' Through various media platforms, I give overview of the process I take when a constituent has a problem with the 'System' and feels powerless to challenge it. I also share some of the victories won through the use of this powerful arm of Congressional Assistance. If your claim has merit, when the mechanics of a Congressional Inquiry begins, so does the starting line of your push-back.

This Section to be Uploaded from Clients' Testimonial Base, Coming Soon | Coming Soon

To be uploaded from Client Base Testimonies sent to me.

What'cha Waiting For? Get Back in the Game!

When you fall, make wrong choices or follow the wrong thinking that leads to catastrophe on your Journey, it is not The End…it’s the End Result of a decision you made. So, you Zigged when you should’ve Zagged? Hit that wall? Ouch!! Did that hurt? Well, did you learn something from that Hit? Can you forgive the one who betrayed you? Can you forgive yourself for allowing it? Whatever the Impact…

I do not divulge the information requested above for proprietary protection reasons. Any variation of my invention design can be claimed as the re-designer's invention. I merely list that I do have a product invention.